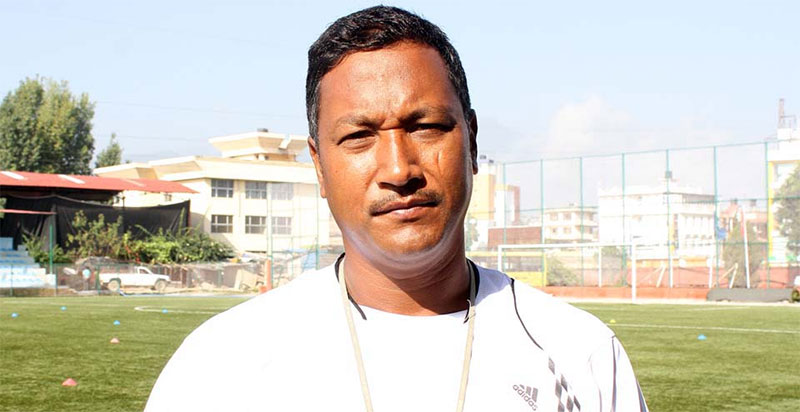 KATHMANDU, Sept 18: Former national player and captain of Nepali National Football team Uprendra Man Singh has announced his candidacy for the post of vice president of All Nepal Football Association (ANFA) on Monday.

Organizing a press meet at the Semi Covered Hall of National Sports Council, Tripureshwor, Singh said that his vice presidential candidacy is to bring a complete overhaul in the Nepali football and to represent the voices of the entire football players, coaches, referees and other people, who have devoted their lives in the  Nepali football, in the policy making level of ANFA.

Singh, who played as a goalkeeper for eight years in the Nepali national team, is currently the president and head coach of Bhaktapur-based B Division Club Madhyapur Youth Association.