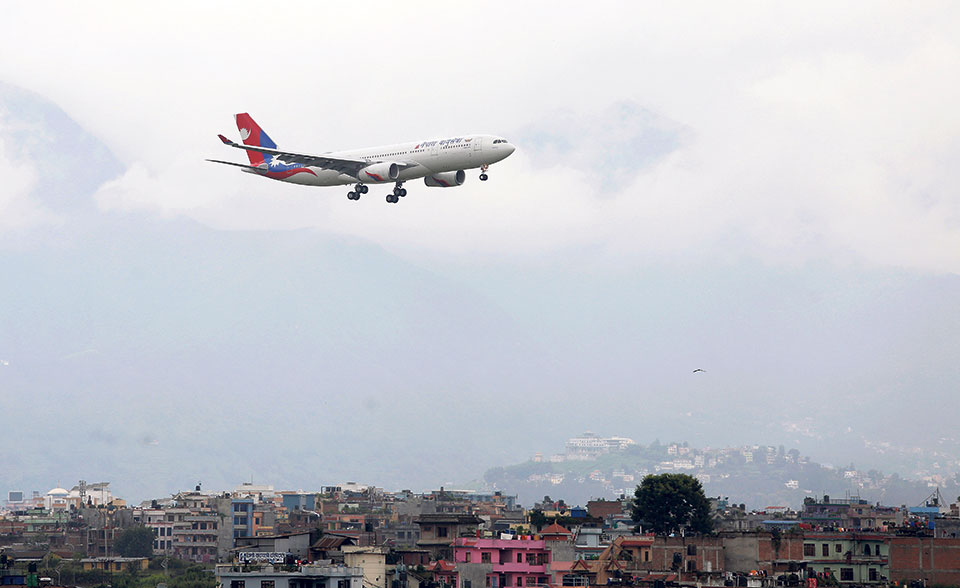 KATHMANDU, Jan 12: Nepal Airlines Corporation (NAC) has completed preparations to operate commercial flights to Osaka International Airport in Japan. As per the corporation’s business plan for the two new wide body Airbus A330-200 airplanes, flights to Osaka will start from February, said Madan Kharel, executive director of the NAC.

“We have completed all required process to start the flights,” Kharel said, “Now we are waiting for official permission from Japan Civil Aviation Bureau (JCAB).”

Nepal and Japan have already signed Exchange of Notes on revising the Air Service Agreement in Kathmandu on Wednesday.

“Flight schedules will be decided and bookings will open after getting JCAB permission,” Kharel said. “Till date, we have got positive response from JCAB.”

“In recent days, the NAC has gone through several ups and downs. In such environment, it has become a real challenge to operate flights with new aircraft in new destinations,” he said, “However, embracing the challenge, we are determined to explore new destinations.”

With the start of thrice-weekly flights to the Japanese city and other new destinations, NAC’s cash flow will improve, he added.

The resumption of direct flights between Nepal and Japan is expected to benefit Nepali nationals currently residing in Japan and Japanese tourists visiting Nepal.

Besides Japan, the NAC is currently preparing to operate scheduled flight to China, Saudi Arabia, and South Korea.

“Our next target is to operate flights to Guangzhou in China from March,” Kharel added. “After that, we are planning to operate commercial flights to Riyadh in Saudi Arabia from April and Seoul in South Korea from May.”

As the NAC’s business has been going down in recent years, it has lost a significant share of Nepal’s international aviation market. According to a white paper issued by the corporation, it lost its international market by 1.8 percent in Fiscal Year 2017/18 compared to the previous year. Meanwhile, its share of domestic market has increased by 1.3 percent.

The national flag carrier operates flights to Delhi, Doha, Dubai, Hong Kong, Kuala Lumpur, Bangkok, Mumbai, and Bangalore along with domestic flights to 25 districts across the country. The NAC’s existing fleet comprises 14 aircraft, of which only eight are in operation. One Boeing 757-200, one Xian MA 60, two Harbin Y12E, two Airbus A320-200, and two Airbus A330-200 are in operation; whereas two Y12E, one MA60 and three Twin Otters remain grounded.