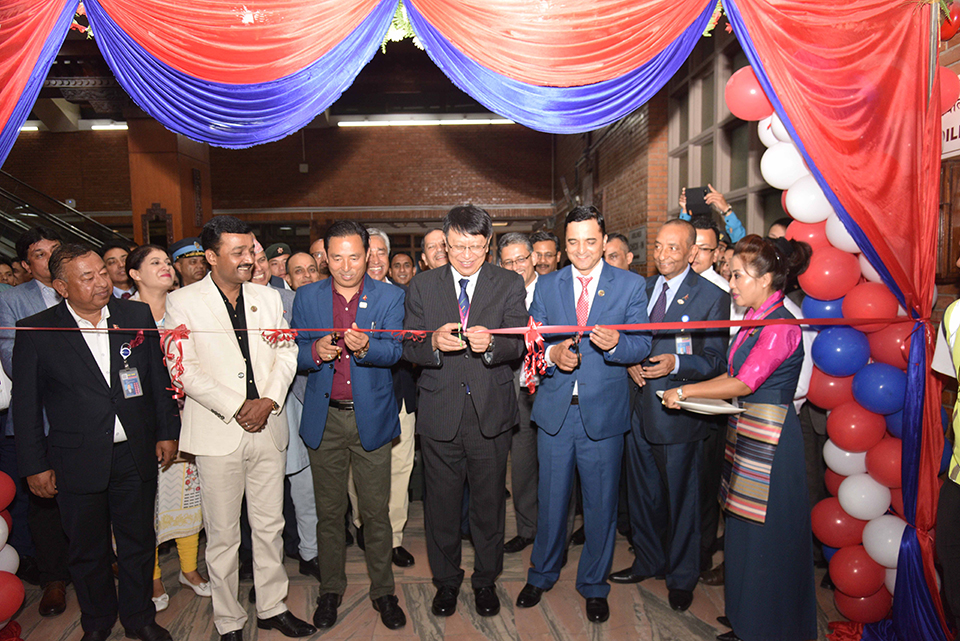 KATHMANDU, Aug 30: Nepal Airlines Corporation (NAC) has started operating direct passenger flights to Osaka in Japan. The Airbus A330-200 airliner took off in the wee hours of Thursday from Tribhuvan International Airport, Kathmandu.

The state-owned corporation will operate three passenger flights in a week to Osaka, scheduled for Thursday, Saturday and Tuesday.

"Despite challenges, we could successfully operate the flight," said Madan Kharel, executive chairman of NAC, during the inaugural event of the flight at the airport.

Earlier, the corporation had announced to start Osaka flight from July 5, which was postponed due to poor bookings.

The approximately six-hour-long flight took off at 2:30 am and landed at 11:55 am, local times. A total of 146 passengers traveled in first flight of the sector.

The return flight of A330-200 (Osaka-Kathmandu) landed in Kathmandu at around 6 pm local time.

"Along with providing services, our target is to start earning a profit," said Kharel. The corporation has a target to carry 35,000 passengers in a year. The capacity of the Airbus is 43,000 seats per year.

To promote the direct flight, the corporation will organize a lucky draw in every flight and provide a free ticket from Nepal to Japan to one passenger.

"Though we have limited passengers in the first flight, more passengers will come in the coming days," the press release stated.

The corporation has offered promotional fares for the flight for the time being: Rs 37,000 for one way and Rs 72,800 for a round trip. The previously fixed rates were Rs 45,000 and Rs 75,000-90,000 respectively. The promotional fare will be valid until September, according to the statement.

The company is resuming direct flights to Osaka after a hiatus of 12 years. It had started flying to Osaka via Shanghai in 1994, but the flight was suspended in 2007 due to a shortage of aircraft. The corporation had then used Boeing 757 aircraft for the sector.

Japan Civil Aviation Bureau (JCAB) permitted the corporation to resume its flight to Osaka after Nepal and Japan signed the Exchange of Notes on revising the Air Service Agreement earlier this year.

NAC flying to Osaka from July 4

KATHMANDU, May 9: After 12 years of hiatus, Nepal Airlines Corporation (NAC) is resuming its direct flights to Osaka of... Read More...

India, 'pharmacy of the world', starts COVID vaccine shipments to neighbours
8 hours ago
Govt prepares to inoculate health and sanitation workers in the first phase
18 hours ago

Advocates asked to present their arguments within half an hour
12 hours ago
Nepali Congress to organize protest programs in all 6,743 wards against House dissolution on Thursday
9 hours ago