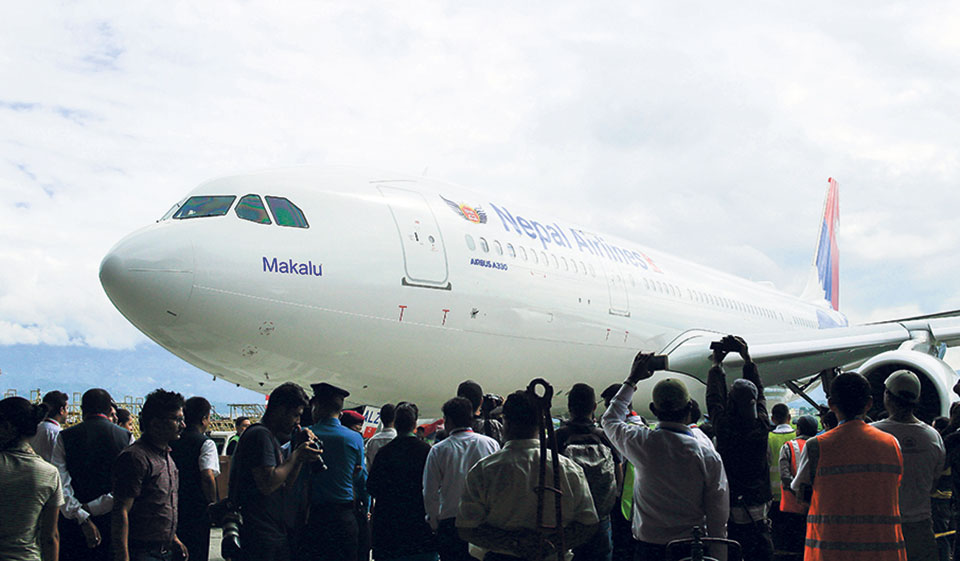 The national flag carrier received the certificate on Friday, after a month of submitting application for it.

"This certificate has a significant role on preparation for flight to Japan. This is a go-ahead from the CAAN, and now we are one step away from our target to fly wide-body aircraft to Japan from February," said Navaraj Koirala, assistant spokesperson of NAC.

According to Koirala, all the documents required by the Japan Civil Aviation Bureau (JCAB) have already been sent via the NAC country manager in Japan.

"Now we can submit those documents to JCAB and once it gives a go ahead, we will begin our commercial flight to Japan," Koirala told Republica.

After receiving JCAB go ahead, it will take at least a month to complete further preparation for flight operation.

“Once we receive the permission from JCAB, we will have to go with marketing and ticketing processes,” Koirala added.

Earlier, executive director of NAC Kadan Kharel had told Republica that Japan was positive towards this flight. "There is no doubt that we will get flight operation permission from JCAB," Kharel had claimed.

"It will also help generate more revenue for the corporation. Moreover, Japan is a good sector for Nepal's tourism," Koirala added.

He further said that this direct air connection with Japan could help bring more Japanese tourists in Nepal as they prefer direct flights to transit flights. According to the Department of Immigration, a total of 29,768 Japanese had traveled to Nepal in 2018.

“For the last few years, we could see a fluctuating number of Japanese tourists in Nepal. So if we could arrange direct flights for them, the number will rise for sure,” he said, adding that this direction connection will also benefit Nepalis residing in Japan or traveling to Japan for job or education purposes.

Besides Japan, the NAC is currently preparing to operate scheduled flights to China, Saudi Arabia, and South Korea.

As the NAC's business has been going down in recent years, it has lost a significant share of Nepal's international aviation market. According to a white paper issued by the corporation, it lost its international market by 1.8 percent in Fiscal Year 2017/18 compared to the previous year. Meanwhile, its share of domestic market has increased by 1.3 percent.

The corporation operates flights to Delhi, Doha, Dubai, Hong Kong, Kuala Lumpur, Bangkok, Mumbai, and Bangalore along with domestic flights to 25 districts across the country. The NAC's existing fleet comprises 14 aircraft, of which only eight are in operation. One Boeing 757-200, one Xian MA 60, two Harbin Y12E, two Airbus A320-200, and two Airbus A330-200 are in operation; whereas two Y12E, one MA60 and three Twin Otters remain grounded.