MYAGDI, Oct 9: Mekh Bahadur Nepal who has been trading mountain goats for the last three decades is returning from Mustang with no deals for this Dashian.

After reaching the district despite the risk of COVID-19 infection, he is returning to Kathmandu empty-handed after farmers refused to sell the goats for less than Rs 30,000 for 76 kilograms of live mountain goats. He projected that the price will go up to as much as Rs 40,000 per goat if middlemen continue to meddle with the business. The price farmers are placing on the goats is equal to that of the price for which it used to be sold in the Kathmandu market after adding transportation cost.

“The price is very high in Mustang and we will lose about 20 percent of investment by the time the products are brought to Kathmandu,” he said adding that the price has been increased by the new traders and locals before traders from Kathmandu could reach there.

Pashupati Silwal, a trader said that the goats were sold at Rs 23,000 last year whereas this year the price has jumped to Rs 30,000 and many regular traders have returned empty-handed. “Mountain goats were not imported from Tibet this year and very little quantity came from Dolpa,” he said.

Stating his plans to bring 1,000 goats to the Kathmandu Valley, Silwal said traders can hardly buy 100 mountain goats this year. Although he has been in this field for three decades, he even shared his plan of changing his profession. 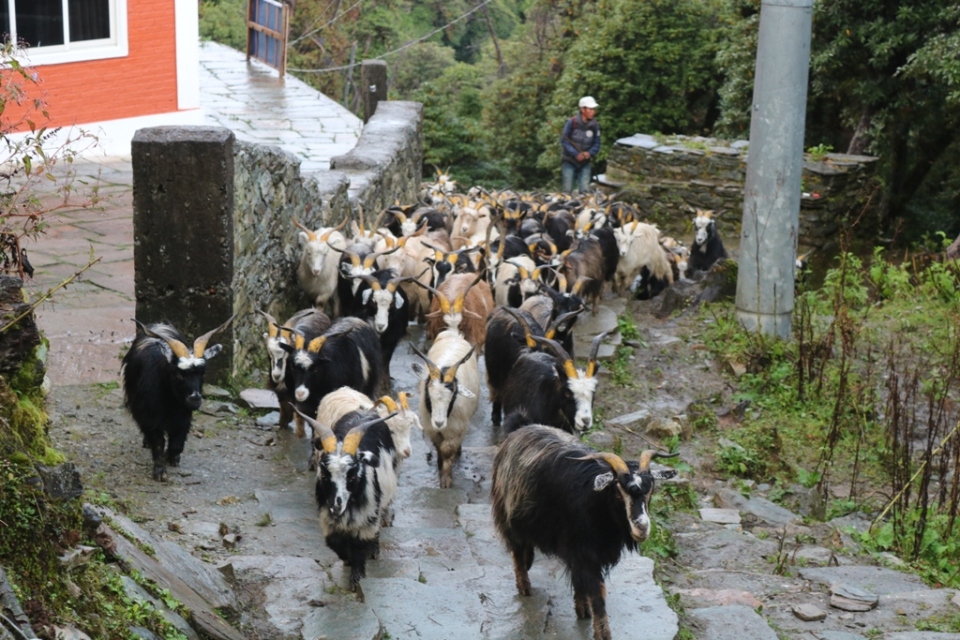 Traders say they cannot retrieve their investments even if they sell the mountain goat at the rate of Rs 1,000 per kg. An estimate of 10,000 mountain goats from Mustang and 400 from Dolpa are set to be supplied this year.

Narayan Kusum, chief of the Veterinary Hospital and Livestock Service Expert Center, said that the office could only alert people about the price control. “The price has seen a sharp rise as very few mountain goats are being supplied,” he said.

Despite irregularities in the price of mountain goats, the government has failed to intervene in price control. Last year 25,000 mountain goats were supplied from Mustang but this year the number is expected to go down by 45 percent.

Kathmandu Valley has 39,305 active coronavirus cases as of Tuesday
11 hours ago