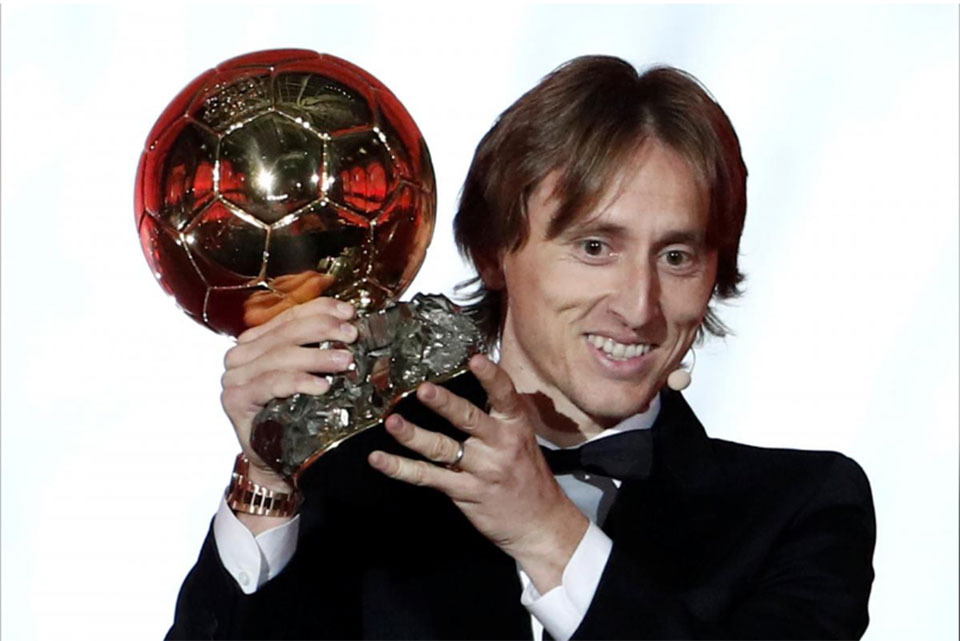 MADRID, Dec 16: Ballon d’Or winner Luka Modric has criticized Cristiano Ronaldo and Lionel Messi for choosing not to attend this month’s ceremony where he was given the award, saying their decision was unfair to fellow players and voters.

Croatian captain Modric, who broke Messi and Ronaldo’s decade-long stranglehold on the prestigious prize last month, said in a newspaper interview on Saturday the pair’s absence from the gala in Paris on Dec. 3 did not make sense.

“I cannot speak about why someone didn’t turn up at an award ceremony, it’s their choice. It doesn’t make sense, does it? It seems these votes and awards are only significant when they win,” the Real Madrid midfielder told Croatian newspaper Sportske Novosti.

“It’s unfair to fellow players and voters who have nominated them in the past 10 years, as well as to football and the fans. However, people will act the way they think they should.”

Juventus forward Ronaldo came second in the 2018 Ballon d’Or vote behind his old Real team-mate Modric, while Messi was fifth, a ranking met with some consternation at both the Argentine’s club Barcelona and in the Catalan media.

Modric, who lifted a third successive Champions League title with Real last season and led Croatia to a first-ever World Cup final, said Ronaldo and Messi were still the best two players around but added that it did not mean they should always be named best player each season.

“In my opinion, things are very simple: Ronaldo and Messi are phenomenon who have been dominant in the past 10 years or so. They’ve been in a league of their own,” Modric said.

“But we are talking about a season’s accomplishments here and I guess it means something that votes by national team coaches, managers, football legends, journalists and fellow players have produced the same results.”

The Croatian also offered the sarcastic suggestion: “If the debate is going to be about how good a particular player is, the only course of action is to award all trophies to Messi and Ronaldo until they retire and scrap the voting.”

Van Dijk, Messi and Ronaldo vie for UEFA Player of the Year award

NYON, August 15: Lionel Messi, Cristiano Ronaldo and Virgil Van Dijk have been shortlisted for the UEFA Player of the... Read More...