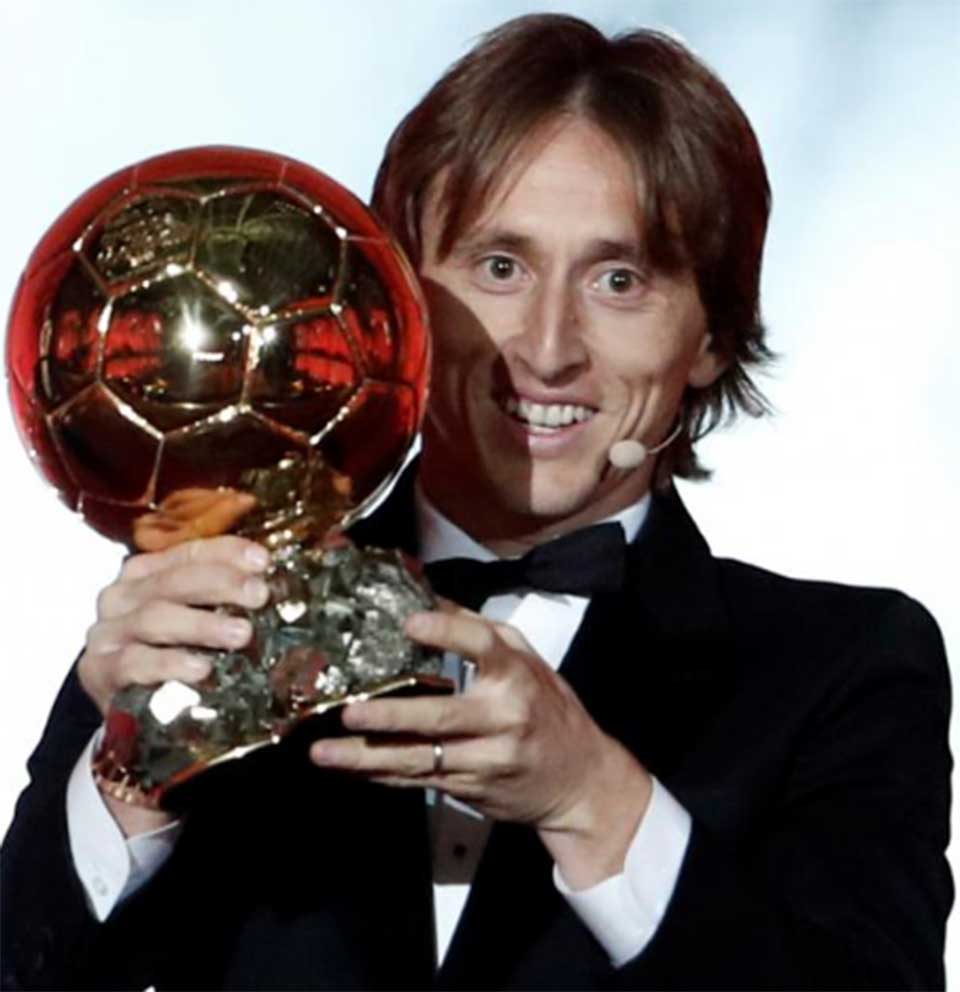 Olympique Lyonnais’ Norway striker Ada Hegerberg won the inaugural Ballon d’Or for women’s football, having led her side to the Women’s Champions League title, scoring in extra time in the 4-1 win over Vfl Wolfsburg in the final.

Modric, 33, helped Real Madrid win a third successive Champions League title in May and also captained Croatia to their first World Cup final, being named player of the tournament despite his side losing 4-2 to France.

“It’s a unique feeling. I’m happy proud and honoured, I have a lot of emotions right now, it’s hard to describe in words,” said Modric, wearing a tuxedo as he collected the award from presenter and former France forward David Ginola after a glamorous ceremony at the Grand Palais in Paris.

“It’s a big pleasure to be here among all these players. I am still trying to realise that I have become part of a group of exceptional players to win the Ballon d’Or throughout history.”

Modric, who joined Real Madrid from Tottenham Hotspur in 2012 for a reported 40 million euros ($45.40 million), was criticised in his debut season at the Bernabeu and named the worst signing of the year in a poll by newspaper Marca.

But the diminutive playmaker began to demonstrate the quality he had shown at Spurs when Jose Mourinho deployed him in a deep lying role in Real’s midfield rather than the attacking role he had been given at the start of that campaign.

Modric said the positional change, which was first suggested to him by Harry Redknapp at Tottenham, transformed his form.

“The change of position helped me a lot in my career. I used to play more offensively. When I dropped back, I was able to read the game better and show my creativity,” added Modric.

He is the first Croatian to win the Ballon d’Or and also picked up FIFA’s ‘The Best’ award in October.

The Ballon d’or, voted for by journalists and organised by French magazine France Football, has been dominated by Barcelona’s Messi and Ronaldo, first when he was at Manchester United and subsequently with Real Madrid, since 2008.

The last player to lift the award apart from the Argentine and Portuguese, who have won it a joint-record five times each, was Kaka in 2007 when the Brazilian played for AC Milan.

The Ballon d’Or was first presented in 1956 and partnered with soccer’s world governing body FIFA as ‘The Best’ award from 2010 to 2015, until becoming its own entity again.

Why We should All be Feminists
1 hour ago