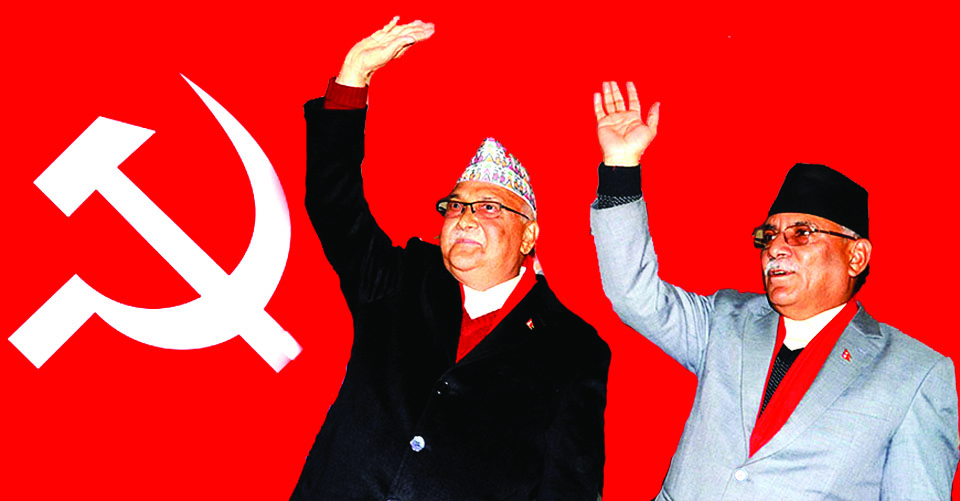 Prime Minister committed to zero tolerance against corruption when he took office in 2017. Now this commitment is mocking at his face for his administration has failed to control corruption

In the past three decades political instability hit the country and affected its economy. Buck passers in public offices attributed this to instability to justify their all inactions, malfunctions, atrocities, corruption and sluggish development process. After 1990’s democratic change, 26 governments led the country. Most of them were short-lived (each serving for nine to 12 months). In three decades, we made some progress in communication and expanding road networks. But the country remained impoverished since it lagged behind in development due to unstable polity. Almost all successive governments embraced the tendency of floating populist programs and making hollow promises. Corruption, nepotism and favoritism became entrenched in the system.

As a result, service delivery and development concerns always remained in the backburner and some efforts made to correct the course did not materialize. Faith over the political leaders and parties made the institutions weak.  Maoist insurgency and seven-year long constitution making process slowed down the development pace.

We have the near two-thirds majority government precisely to right the wrongs of the past. So when K P Sharma Oli came to lead this government there was hope for change in governance and development. Two years later, people have come to realize that his government is no different from its predecessors. His and his ministers’ intolerant attitude toward critical views remind us of Gyanendra’s takeover.

If the PM and his ministers worked honestly, they could have brought some changes in day-to-day service delivery. Proper mobilization of existing government mechanisms is not a big deal if government leadership has strong willpower. However, instead of improving governance, bribery and favoritism are flourishing in every sector.

In the parliamentary system Prime Minister is the most powerful figure. He does not have to consolidate more powers but this is what the prime minister is doing at the moment. He has brought under him institutions such as National Investigative Department. This smacks of his lust for power. This will surely discourage foreign investors, even if the PM does not have any bad intention behind this move.

The government has become intolerant to public criticism. Attempts to control social media, detaining journalists by citing electronic transaction act, harassing civil servants, making civil and criminal codes more stringent leading to curtailing of press freedom are some of the activities the government is carrying out in recent times. As a result, people are slowly losing trust in the government.

Oli committed to zero tolerance against corruption when he assumed office in 2017. His own commitment is mocking at his face for his administration has failed to control corruption in public offices. The government has not been able to punish the perpetrators of gold smuggling, those involved in wide-body aircraft purchase scam and others involved in public land grab and encroachment. Government has not taken any concrete measures to punish the tax evaders. NCELL tax row is one example. Further, excessive politicization and misappropriation in contracts at all levels of development projects has plagued the democratic institutions. Political intervention in judiciary mainly in appointment of judges has been equally pandemic. Competition among party leaders for grabbing key ministerial portfolio, haphazard transfer and promotion of government employees exhibit the signs of government failure.

To attain development and prosperity, there should be right men and women in the right places. There are honest and competent people in bureaucracy and political parties. But they are often not considered for appointments in high offices because they do not agree to serve the vested interests of the leaders. When good men are sidelined from the public institutions, democratic institutions are unable to function democratically with full potentials.

Atrocities and anomalies are widespread among political actors. Precedence of syndicate of leaders over system and policy has been an established tradition. Instead of correcting this, the government is promoting such perversions. Power sharing in all public bodies and extravagant life of public position holders with expensive motors, buildings and allowances are common. Government facilities and incentives such as loan support to middle and small entrepreneurs can be achieved only through bribe or political connection. People who reach public hospitals with serious problems are sent to private hospitals and only a few public schools meet basic standards.

Around 1400 people leave the country everyday for foreign employment. Arable lands in villages are turning into barren fields due to labor migration. Lack of proper management of inter and intra country migration has created numerous problems. For instance, production at villages has fallen down in the absence of youths and other incentives whereas cities are being overpopulated. Urban areas are facing a number of challenges in security, water supply, systematic settlement and healthy life. General people are cheated while buying daily commodities or receiving public services. It seems the government is making a mockery of its socialist agenda.

The tendency of pardoning culprits of heinous crimes committed during the war era has alarmed the domestic and international communities. International community has shown serious concern about this and it has weakened Nepal’s position in the international forum. Angry youths might be attracted to join extremist group led by Netra Bikram Chand.

In this situation, only building trust, exhibiting honesty in mobilizing state resources and strengthening rule of law by avoiding nepotism and favoritism are the only ways through which to revive public trust on the government. Otherwise, the stability we see today might descend into political chaos.