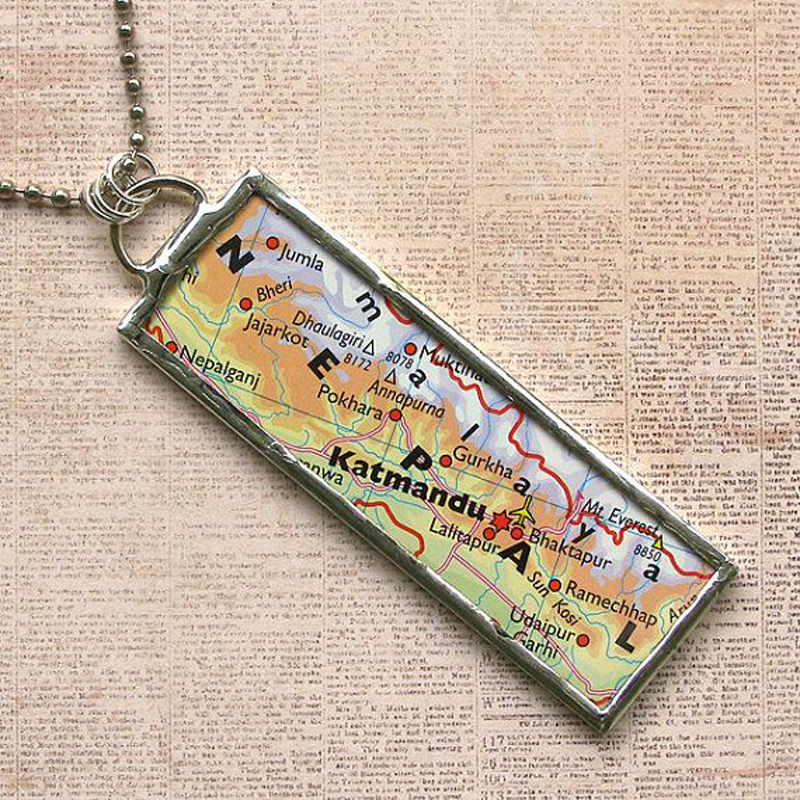 It is important that our political class forges a consensual approach to foreign policy and then vigorously pursues the country’s interests.

Nepal is in a difficult and complicated political transition. Effective implementation of the new constitution provides a way out. In this context, successful completion of third phase of local election, plus the provincial and national elections, by the January 2018 deadline, is thus important. Another key to Nepal’s stability lies in how it handles its economy and international relations, particularly with India and China. Nepal will have to factor in the sole but gradually declining super power, the United States, as well as Japan, which is influential in the Asia-Pacific, as their relations with China and India would also affect Nepal directly or indirectly.

Soon after his election as India’s prime minister in 2014 a big policy initiative of Indian Prime Minister Narendra Modi was his focus on neighboring countries, or what came to be called “Neighborhood First” policy. As a starting point of its implementation, Modi invited all SAARC heads of states to his inauguration ceremony as prime minister. Then he visited two close and important small neighbors, Bhutan and Nepal.

In September 2014, at the sidelines of United Nations general assembly Modi met Bangladeshi Prime Minister Sheikh Hasina, followed by the then Nepali Prime Minister Sushil Koirala and Sri Lankan President Mahinda Rajapaksa to promote the same Neighborhood First policy. This had greatly raised hopes among small SAARC countries but the policy has so far yielded mixed results, and more bad ones than good.

With Bangladesh, the completion of the historic land boundary agreement and fresh initiatives in energy, connectivity and counter-terrorism earlier this year catapulted its relationship with India to new heights. But with other countries India has continued to have troubled relations. Bhutan follows Indian lines on foreign policy and Indo-Bhutan relations continue to be smooth, at least on the surface, even though Bhutan’s desire to expand its relations with China is obviously suppressed. The ongoing Doklam standoff in Bhutan-China-India tri-junction has been testing Indo-Bhutan relations as India seems determined to prevent China’s direct access to its sensitive “Chicken Neck” corridor, which China wants to achieve through road expansion initiatives. While India wants to continue to act as Bhutan’s protector, Bhutan seems more interested in solving its border problem with China and establishing formal relations with it for its long term interest.

Sri Lanka under the new leadership of President Maithripala Sirisena has tried to improve its relations with India by rectifying the openly pro-China initiatives of the former Rajapaksha government. But its recent decision to let China run Hambantota harbor with some restrictions on its use for strategic and security purposes demonstrates the complexity of Sri Lanka’s efforts to balance the influences of India and China. Likewise, the current government in Male in the Maldives is increasingly aligned with China, including through a sale of an Island and promoting the influx of Chinese tourists. All these are signs that Modi’s Neighborhood First policy has had limited impact.
Modi’s first bilateral visit to Nepal, made almost immediately after his election, and the first by an Indian prime minister in over two decades, was viewed with great optimism. His proactive response to the devastating earthquakes further enhanced bilateral ties.

However, strong Indian reservation over the new constitution promulgated by an overwhelming majority of CA member greatly troubled Nepalis. The ensuing five-month-long economic blockade did considerable harm to bilateral ties, and Nepal is still to fully recover from it.

Perhaps India is in a mood for course correction. This is why during the recent visit of Indian Foreign Minister Sushma Swaraj to Kathmandu for BIMSTEC Summit she advised Madhesi parties united under RJPN umbrella to participate in the third phase of local election in Province 2. Prime Minister Sher Bahadur Deuba’s planned visit to India on August 23-27, considered largely irrelevant by a wide spectrum of Nepali experts and people, may also offer an opportunity to heighten Indo-Nepal relation if implementation of long-agreed projects of mutual interest, such as Pancheshwar and Arun, could be expedited without compromising Nepal’s welfare.

In addition, if Deuba visit builds confidence at the highest political level and helps reduce unnecessary micromanagement of Nepal politics by Indian intelligence apparatus and its Kathmandu embassy, it would be further fillip to Nepal-India relations.

Chinese President Xi Jinping, who has been busy centralizing power, firmly believes in China’s historical greatness, which he wants to reestablish through his bold “strategic military” and “strategic economy” approach, including the Belt and Road Initiatives (BRI). Modi is watchful of growing Chinese penetration in South Asia as China has been steadily building infrastructure at strategic locations. This is perceived by India as China’s strategy of encirclement or ‘string of pearls’. China has made deep inroads into most of India’s neighbors with infrastructures development, trade and diplomacy, most significantly in Pakistan, Bangladesh, Nepal and Sri Lanka.

The China Pakistan Economic Corridor comprised of big rail, road and gas pipeline projects that passes through Gilgit-Baltistan in Pakistan-occupied-Kashmir, a contested territory that India claims, has emerged as a new irritant in India’s relations with China. Despite lingering suspicions since the 1962 war, Sino-Indian relations had been gradually improving after 1988 with improved border management, expanded trade and more cultural ties. However, the Doklam standoff and India’s reluctance to join BRI have complicated matters.

In this context, Nepal’s decision to join BRI and stay neutral on Doklam is wise and will help Nepal benefit from its equidistance to India and China. Chinese Vice-Premier Wang Yang’s visit on August 14-17 offers an opportunity to expedite implementation of bilateral agreements, including infrastructures under BRI and transit agreement, provided Nepal is well prepared. During Wang’s visit, Nepal should also quietly raise the issue of Lipulek tri-junction and bypassing of Nepal’s rights over it by India and China.

American President Donald Trump stresses on “America First” which will supposedly be pursued with brute force, which includes defeating Islamic terror groups through aggressive military operations, return of millions of jobs to America’s shores and support for US manufacturing. The reality of global geopolitics, including North Korea, is already reshaping his foreign policy. However, it is the common desire of India, Japan and the US to contain China. The Middle Kingdom in turn is looking to establish stronger footholds in South Asia and the Pacific region. Nepal must carefully watch these developments if it is to benefit from its strategic location between India and China.

In the end, diplomatic efforts of any country should be directed at advancing its national interests and their success is largely determined by actions and determination of its political leadership. It is thus important for Nepali leaders to forge a consensual foreign policy approach and then to vigorously pursue the country’s interests. This in turn will ensure quick end of the protracted political transition and sustainable economic prosperity.

KATHMANDU, August 6: The Agriculture and Water Resources Committee (AWRC) under the Legislature-Parliament has directed the government to measure quality... Read More...

The national ID card center was established in July, 2011. We still do not know about its progress, if any ... Read More...

Govt decides to reduce tax on petroleum products
32 minutes ago