Many players to watch outside US in Olympic men's basketball 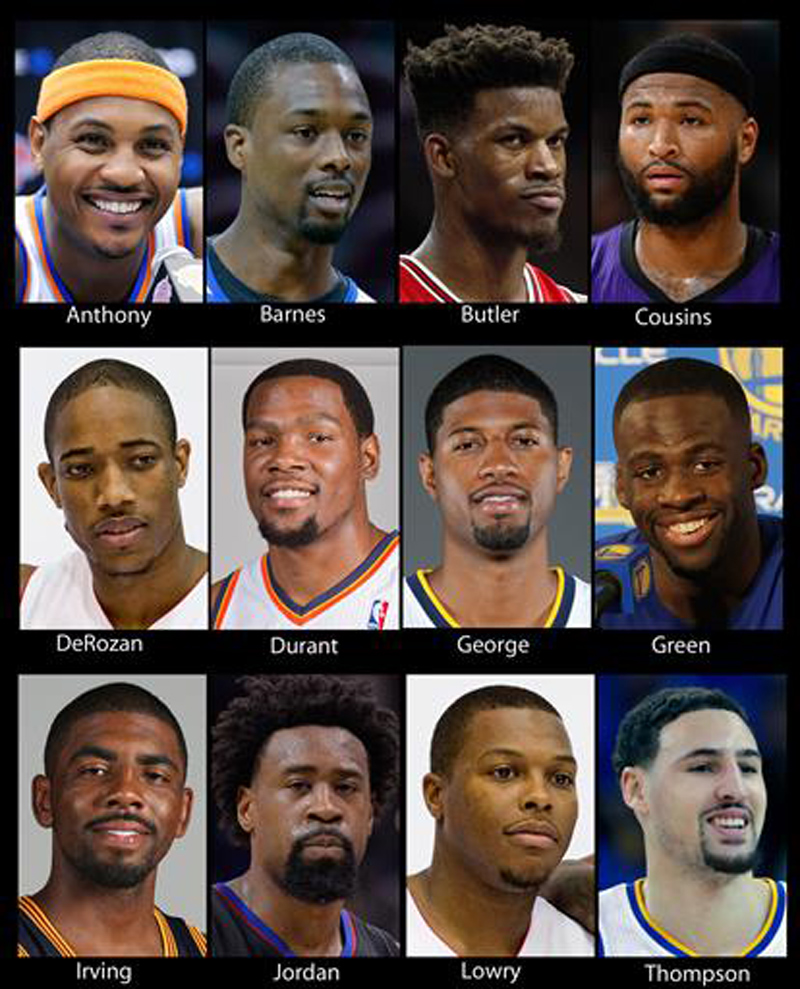 RIO DE JANEIRO, Aug 6: From Kyrie to KD, DeMar to DeMarcus, many players on the U.S. Olympic men's basketball team are so well known to NBA fans they can simply go by first names or nicknames.

The Americans have 12 NBA players on their roster, headlined by former MVP Kevin Durant and featuring multiple All-Stars. Kyrie Irving, DeMar DeRozan and DeMarcus Cousins played on the team that won the gold medal two years ago in the Basketball World Cup.

There are plenty more players in the tournament who either are familiar faces or could soon be. There are a record 46 current NBA players set to play in the Olympics, the league said, along with 18 more former players.

"We know that there are great basketball players all over the world," U.S. coach Mike Krzyzewski said. "Over 20 percent of the NBA is international now and so there's a deep respect for the game, for the international game, and we hope that we'll be able to show that respect in the matter in which we play here in Rio de Janeiro."

A look at some players to watch when competition begins Saturday:

DARIO SARIC , CROATIA: The "will he or won't he join the 76ers" questions were as frequent as the losses last year in Philadelphia, but the team got good news in July when the former lottery pick signed with the 76ers . The 6-foot-10 forward played the last two seasons with Turkish team Anadolu Efes and looked NBA-ready when he averaged 14 points and 10 rebounds while winning MVP honors of the Olympic Qualifying Tournament that Croatia won to earn its spot in Brazil.

YI JIANLIAN , CHINA: Once so highly regarded that he was the No. 6 pick in the 2007 draft, Yi's NBA career didn't amount to much. But he remains a solid international player who was the MVP of the FIBA Asia championship last summer when his team clinched its Olympic berth, and the 7-footer scored 18 points in an exhibition game last month against the U.S., China's opening opponent on Saturday.

GUILLERMO "WILLY" HERNANGOMEZ , SPAIN: The New York Knicks noticed him while scouting Kristaps Porzingis, who was playing for the same professional team in Spain. So they acquired the rights to the 2015 second-round pick of Philadelphia and signed him last month so he could join the team next season. In the meantime, the 6-10 center gets valuable experience playing for his country while Marc Gasol is sidelined while recovering from a broken foot.

BOGDAN BOGDANOVIC , SERBIA: Not to be confused with and not related to the similar-sounding Bojan Bogdanovic, a Brooklyn Nets guard who plays for Croatia. Bogdan Bogdanovic could someday join him in the NBA, as the Sacramento Kings own his rights after a recent trade with the Phoenix Suns. He has chosen to remain in Europe at least for next season and showed the Kings what they will be missing when he had 26 points and eight assists in the championship game of the Olympic qualifying tournament the Serbians won last month.

DOMANTAS SABONIS , LITHUANIA: The son of Hall of Famer Arvydas Sabonis played for Gonzaga and after being drafted by Orlando in the first round was traded to Oklahoma City in a deal for Serge Ibaka. At 6-10, he could give the Lithuanians an imposing front line alongside the 6-11 Jonas Valanciunas of the Toronto Raptors.

PATRICIO GARINO , ARGENTINA: The San Antonio Spurs have done pretty well with an Argentine on their roster, and they added another alongside Manu Ginobili when they signed Garino last month. The 6-7 swingman scored 14.1 points per game last season in helping George Washington win the NIT championship, and playing for the Orlando Magic's summer league team averaged 12 points in three games.