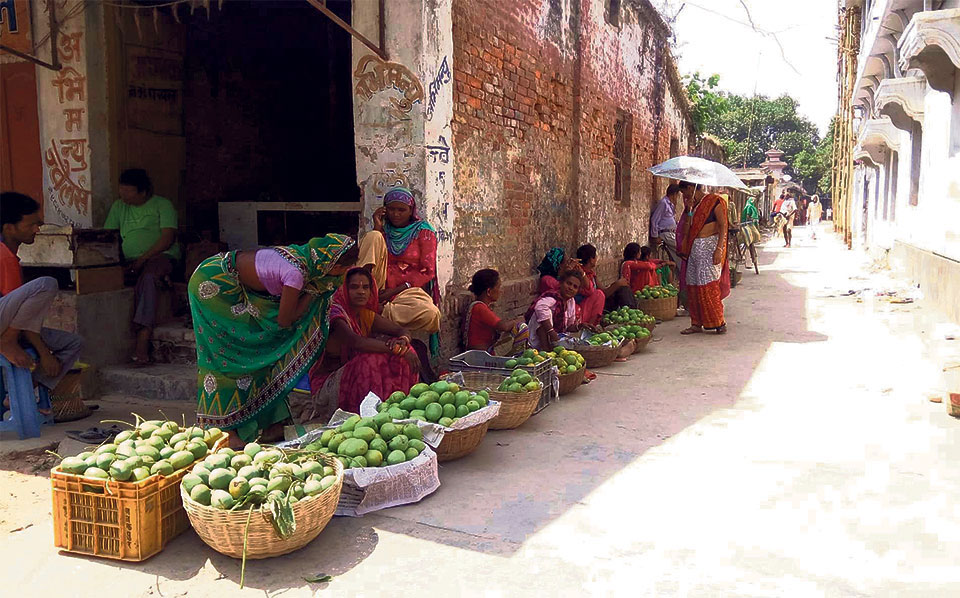 LAHAN, June 29: Siraha and Saptari, regarded as the mango capital of the country, saw a decline in the production of the fruit this year. The epidemic of insect and pests led to the decline this year, which was also a year of low mango production, according to the Agriculture Knowledge Centre, Rajbiraj.

Heavy winds and hailstorm during the flowering season and pests led to a decline in the production despite the increase in the area of cultivation of mangoes this year, Yadav said.

Meanwhile, the low production has led to a rise in the price of mangoes in Siraha and Saptari markets. Maldaha species of mangoes that sold for Rs. 50 per kg last year cost Rs. 100 per kg this year. It was a similar difference for other species of mangoes.

GULMI, April 27: The number of people suffering from a diarrhoea epidemic that broke out at Dajakot of Musikot municipality-4... Read More...

U.S. to lift curbs from Nov 8 for vaccinated foreign travelers: official
14 hours ago