Man City players happy with three at the back, says Kompany 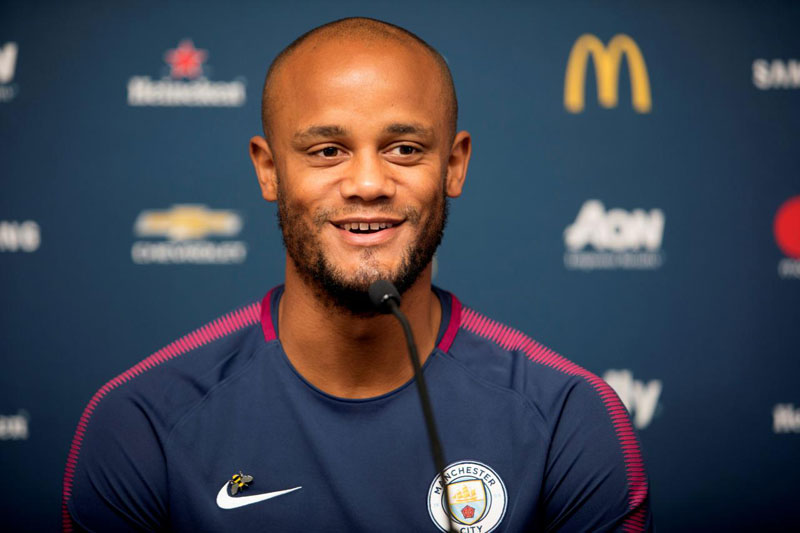 MANCHESTER, August 10: Manchester City captain Vincent Kompany believes the team is comfortable with the switch to three at the back as they have quality players who are very adaptable, the center back said.

City played with a back four in manager Pep Guardiola's debut campaign last season but switched their formation during the pre-season in July and have since won three consecutive friendlies, scoring 10 goals and conceding just one.

The same system was deployed by Chelsea manager Antonio Conte in his team's title-winning campaign last season and has since been adopted by a number of other managers, including Arsenal boss Arsene Wenger.

"We are mature players, professionals, and we just adapt," Kompany told City's website. (www.mancity.com) "I've been able to play many systems in my career and I don't want to tie myself down to a system.

"This is a good system because we've got the quality to the side to apply any system."

Manager Pep Guardiola's focus on bringing in quality wide players on either flank has been crucial to City's strategy of stretching opponents in pre-season.

"He's got a silky touch. He's a player who knows how to make key passes and I'm obviously very excited because I know how this kind of players can decide games and help you towards achieving great things.

"But it's still pre-season for him. He's a little bit behind on fitness probably, which is normal and we'll need him at the right time."

City starts their Premier League campaign at Brighton and Hove Albion on Saturday.

Rumors of political change intensify in Nepal after R&AW chief’s visit
56 minutes ago
NC demands govt rescue the students who were attacked in Dehradun, India
18 hours ago
World Bank to provide Nepal over Rs 9 billion for project to boost agro sector, support post-pandemic recovery
23 hours ago