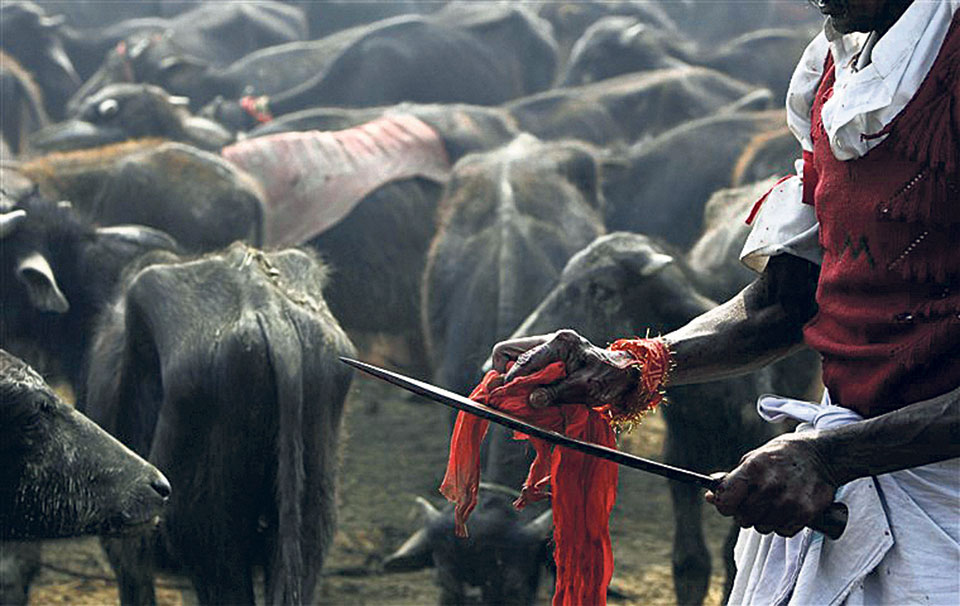 Religion is the highest flight of human consciousness. It has been central element in defining relations between humans, non-sentient life forms and inanimate objects in society. Different set of rights and obligations flow from different types of relations and as far as humans and animals go, this relation is mostly of domination and subordination leading to a vigorous system of rights but a frail set of obligations toward animals, making animal marginalization a theme of common occurrence in the anthropocentric reality.

These relations are governed by law today but earlier, when such governance did not flow from a sovereign authority or when ‘law’ did not exist, religion had been central in governing them. Even today, when laws of sovereign authorities exist, religion and law go hand in hand. They cannot be separated. However, the man-made laws depict the current morals and values of the society and any incongruence between law and religion should be done away with, based on morality, rationality and fairness.

One of the grossest forms of animal rights violation comes in the form of cruel mass sacrifices, sanctioned by religious traditions. Nepali and Indian societies dominantly practise a strong age-old tradition of sacrificing animals to appease deities.

Nepal, a Hindu majority country, celebrates this with the strongest spectacle. It hosts the world’s largest animal sacrifice festival called Gadhimai. As millions of pilgrims flow in, the festival sees thousands of animals being slowly bled to death, skinned alive or strangulated on temple grounds. These killings come in the form of‘bali’ (a tribute) offered to the Hindu Goddess Gadhimai with a hope to get power and prosperity in return. Another huge Hindu festival called Dashain also involves similar slaughtering of animals to seek the blessings of goddess Durga.

This happens in India as well. A large number of animals are offered to Goddess Durga during Navratri. Bali Jatra also sees mass animal sacrifices. Apart from these major festivals, as a part of the tradition, thousands of goats, elephants, fowls, piglets and roosters are also sacrificed to appease local deities in both the countries.

Temples, during these festivals, reverberate with loud shrieks and are littered with blood as thousands of carcasses pile up.  It is hard to justify this in the name of religion.

Nepali and Indian legal regimes have multiple tools to combat such animal abuse. Under the Indian legal regime, the constitution itself provides an array of protective measures, granting authority to the state to prevent animal cruelty and imposing a duty on every citizen to protect and have compassion toward all animals. Prevention of Cruelty to Animals Act (1960) and Wildlife Protection Act (1972) are in place to protect animals.

In Nepal, the constitution has assigned the responsibility to the state to conserve and maintain wildlife. Nepal’s Animal Welfare and Protection Act (2011) also aims to prevent ill-treatment of animals.

But these laws mean nothing if they cannot be implemented. A mismatch between effective laws on paper and ineffective implementation reflects in practice in both India and Nepal.

However, there are some good signs. Though governments in India and Nepal have not been able to enforce anti-sacrifice laws, huge number of people in both the countries—animal rights activists and local and international groups—are advocating for the rights of animals. They are raising voice against mass killings of animals.

Also the courts have given verdict in favour of protection of lives of animals. Courts have banned many religious festivals and traditions that disregard animals. The Supreme Court of India banned the mass transportation of livestock to Nepal that forms eighty percent of the supply for Gadhimai festival. The court also issued strict advisories to abolish certain abusive animal games for recreation like cockfighting and jallikattu (bull-taming sport often involving mutilation of the animals).

In view of massive protests and pressures, Supreme Court of Nepal has also issued an advisory to stop bringing and sacrificing animals for Gadhimai, thereby ending centuries-old tradition. The court has further ordered the government to phase out and end all types of mass animal sacrifices in the country.

But these measures have not helped to end animal sacrifice because it is deeply rooted in both Indian and Nepali societies.

No sovereign authority can take away people’s right to follow religious traditions of their choice but when they abet atrocities on animals, they need to be corrected and even abolished.

Our societies have done away with evils of child marriage because they were deemed too unfair and immoral. The same can be done with animal sacrifice. Correcting the imbalance in the power dynamics of the human-animal binary should be the first step.

Besides, if, apart from activism, we can implement existing laws and raise public awareness, it could go a long way in ending mass killings of animals. People in the society have begun to question rather than blindly following things as they are. The concept of transcendent good of all is making its way into the laws as well as public life.

Protecting rights of animals is about transcendental good. Let’s stand for it.

Incessant rainfall triggers flood in Manang, most houses in Taalgaon inundated
21 hours ago
Nepal received over Rs 800 billion in remittances in 10 months
22 hours ago