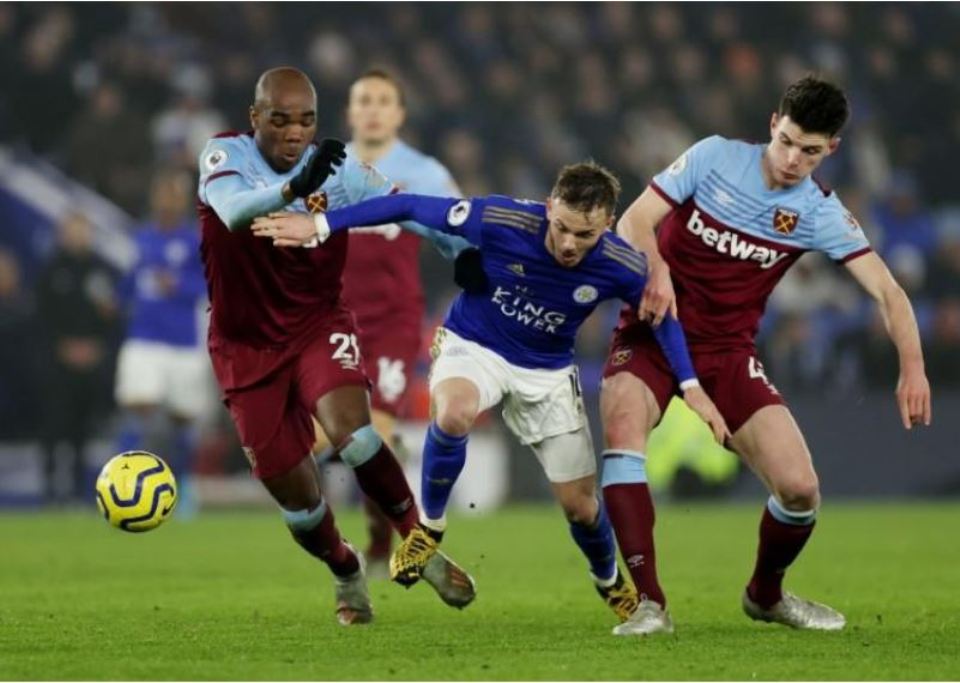 LEICESTER, England, Jan 23: Leicester City shrugged off a recent slump in form to strengthen their grip on third place in the Premier League with Ayoze Perez’s late double capping a 4-1 home win over lowly West Ham United on Wednesday.

Victory came at a cost though as Premier League leading scorer Jamie Vardy hobbled off shortly before halftime.

Back-to-back defeats by Southampton and Burnley had cast some doubt over Leicester’s top-four credentials but goals by Harvey Barnes and Ricardo Pereira had Brendan Rodgers’ side in control by halftime.

Skipper Mark Noble gave West Ham a lifeline in the 50th minute when he converted a penalty but Perez’s late double, his first from the penalty spot, underlined Leicester’s superiority.

Leicester have 48 points from 24 games, eight ahead of fourth-placed Chelsea, while West Ham, who have 23 points, are only outside the relegation zone by virtue of goal difference.

Leicester have also scored 52 goals, their highest top-flight tally after 24 games since 1930-31.

“I thought we played with that authority in the game and personality that the team has played with all season. Tempo was good, pressed well,” Rodgers said.

Defeat by Leicester on Dec. 28 did for former West Ham manager Manuel Pellegrini, paving the way for the return of David Moyes for a second stint as Hammers manager.

But he faces a tough task keeping them out of the relegation zone after winning only one of his first four games in charge.

“I knew January was going to be really, really tough. The Premier League at different times has brought shocks, we just have to make sure we bring one of those shocks in the games coming up,” he said.

Leicester toyed with West Ham in the opening stages and the only surprise was it took them 24 minutes to score, Barnes applying the finishing touch to Ricardo’s pass across goal.

When Vardy clutched the back of his leg and soon afterwards hobbled off, it dampened the mood but the home fans were buoyant when Barnes teed up Ricardo to double the lead.

West Ham had been non-existent as an attacking threat in the first half but were handed an unlikely lifeline when Wilfred Ndidi was adjudged to have fouled Sebastien Haller and Noble converted from the penalty spot.

But Leicester settled back into their rhythm and could breathe easy when Perez tucked away a penalty in the 81st minute after Angelo Ogbonna’s clumsy tackle on Vardy’s replacement Kelechi Iheanacho.

Perez made absolutely sure of the points in the 88th minute when he found the corner after an intricate passing move.

While there is no chance of another title charge, as in 2015-16, barring an unlikely collapse in form Leicester look poised to return to the Champions League as they are 14 points ahead of fifth-placed Manchester United.