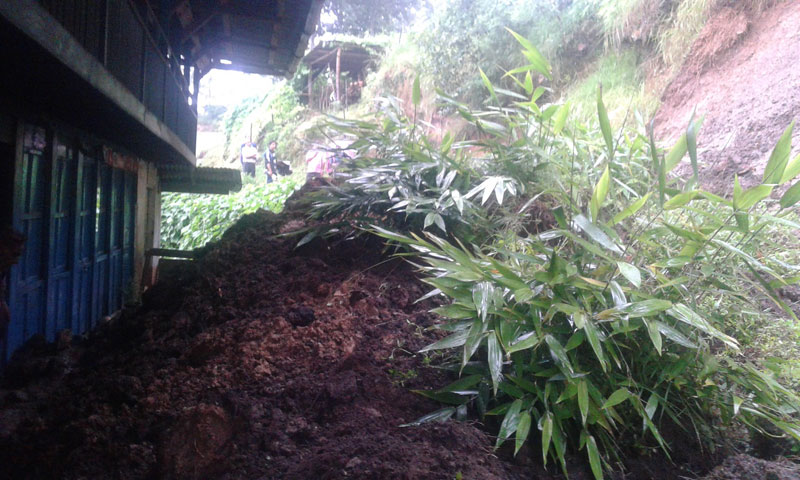 TAPLEJUNG, Sept 3: A person has died and four others were buried in a landslide triggered by torrential rainfall since days at Taplejung municipality-2 and 8.

According to Chief District Officer, Chakrapani Pandey, a female named Thuli Kanchi has died while a person has been rescued in an injured state.

Likewise, ten coffee houses near Taplejung Municipality-9 were damaged due to the landslide that occurred at 1:00 am.

Transport service has been disrupted along  the Mechi highway due to landslides at many places. Officers of Nepal Police, Armed Police Force and Nepal Army have been deployed at the incident site for rescue work.