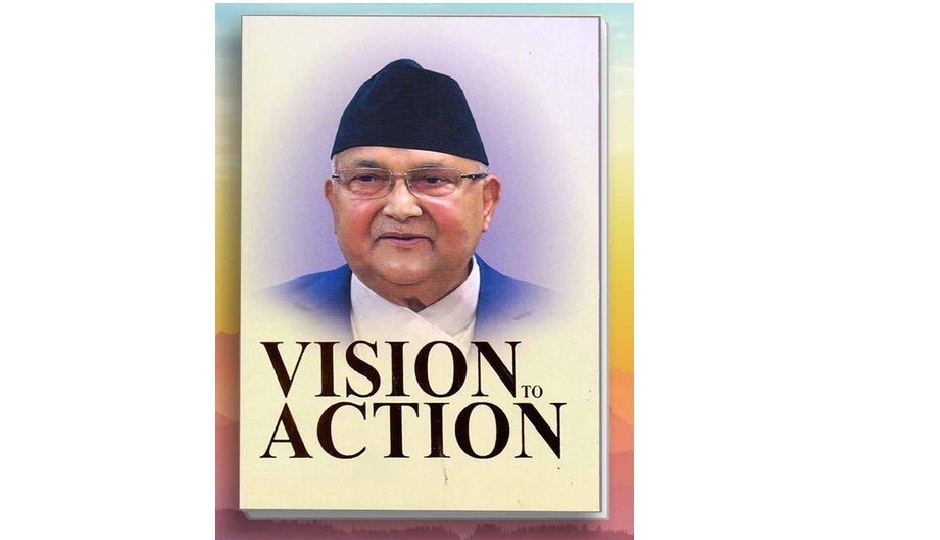 Dreams far from reality, hope without achievement give rise to apathy and alienation creating dangerous distrust of leaders and loss of faith in the institutions.

“Too many politicians and leaders but no statesman” is a statement often used by pundits to explain bad political situations. But what makes a politician a leader and then a statesman and how does this relate to present Nepal?

Oriental or Western, traditional or modern, power-justice interface has been the most enduring dilemma of political wisdom and action. Power is the main instrument of politics. But, once gained who can exercise power to create a just society? Essentially, a politician is always running after power but does not have the ability to gain it. A leader has the skill to not only gain but also remain in power. Only statesmen possess the wisdom and courage to use the state power to translate their visions of “prosperous society and happy people” into reality thus building just societies and strong nation-states. Leaders are then remembered as statesmen—Prithvi Narayan Shah, George Washington, Mahatma Gandhi, Mao Zedong, Nelson Mandela, Lee Kuan Yew—to name a few.

In today’s Nepal, politician K P Sharma Oli’s ability to gain power by selling his vision to party cadres and people, courage as a leader to face threats and retain power even under serious personal health conditions and political challenges from within and outside are by now all too well known. Can he also show the sensitivity of feeling the pains of the people, bring together team of competent professionals, non-partisan best national minds, necessary to translate his vision to action, accomplishing his remaining political journey towards one of the only few admired Nepali statesmen? These are some reflections on PM Oli’s book Vision to Action.

Edited by Bal Krishna Kattel, and published by Ratna Pustak Bhandar, the 242 pages book contains the selected speeches of K P Sharma Oli, in his first year as Prime Minister since his party secured a stunning victory in the last election after he “engineered the unification of two largest communist parties”. Except for some editorials, the book is interesting reading. But it also needs intellectual surgery for separating thought-provoking grand visions worthy of serious reflection from mind rattling rhetoric. Thematically it is divided into four sections: ‘Vision and Action,’ ‘Friendship and Diplomacy,’ ‘Trade and Investment’ and ‘Work and Labor.’

‘Vision and Action’ tries to highlight Oli’s commitment to democracy and rule of law with “corruption free good governance as the bedrock of development”. Independent and free press is emphasized but with a warning: “disseminate facts, not rumors”. To create a new mood of hope and confidence, the first year of the government is declared the base year for fulfilling the dream of prosperity. Reassuring domestic and foreign readers on the rise of the world’s first democratically elected government of Marxists-Leninists-Maoists, the PM writes “Democracy is an ideal for us, not a business to earn a livelihood”.

“A corrupt person cannot be a genuine Nepali” is a perfect example of the mind rattling political rhetoric. In any society there are always honest and corrupt, hardworking and lethargic people. The role of the state is to institutionalize a system of reward for honesty and hard work, punishment for the corrupt and idle. PM’s repeated assertions “I will not engage in corruption and will not allow it” make persistent reports of scandals hard to explain. Partisan assault on professionalism mocks merit-based reward-punishment system.

Highlighting the importance of relations with India as “deep and dense,” ‘Friendship and Diplomacy’ section includes speeches made in several international fora—controversial Asia Pacific Summit in Kathmandu, 18th Summit of the nonaligned nations in Azerbaijan, Vietnam etc—with overall emphasis on peaceful coexistence, interdependence and universal values. Nepal’s nationally “invented, led, owned, managed and steered” peace process is presented as a model for transforming armed conflicts into peaceful competition for power, although the process is still ongoing, transitional justice most neglected, constitution implementation in the process and integration and rehabilitation of the insurgents, generally considered successful, also facing some criticism.

In the speech delivered at the joint meeting of the communist parties of China and Nepal he says: “China has substantiated the difference and pre-eminence of the Chinese political system over other political systems.” He emphasizes that in Nepal “we have embraced a competitive multiparty governance system with defining features including constitutional supremacy, periodic elections, human rights, separation of powers, checks and balance of power and independent judiciary.” This reflects the delicate balancing act between solidarity with fraternal communist parties while claiming democratic credentials in the democratic world. The title of the speech at Oxford, “Democratic deficit characterizes the present world,” attempts to justify Nepal’s socialism-oriented “Comprehensive and People’s Democracy”.

‘Trade and Investment’ section highlights Nepal’s newly claimed political stability with the formation of the majority government. Government’s sound and clear policies, young population and skilled human resources, and assured supply of hydro power making Nepal “a virgin land for investment” is projected many times. “Proximity to two of the world’s largest markets and fastest growing economies” is meant to lure FDI. But trade imbalances with India and China reflect the need to tackle the paradox of proximity to convert revenge to reward of geography if the PM’s dream of “development is possible in this generation” is to be realized.

“We have a history of success in bringing political changes, but a history of failure in the institutionalization of these changes” is a rare admission of the collective weakness of Nepal’s current political class and their serious transition mismanagement. The ill-timed action of his own party leaders against his government fighting in multiple fronts is a perfect example.

‘Work and Labour’ section highlights the importance of skilled labor for increased productivity and national prosperity. Government’s social security program is highlighted to showcase justice and wellbeing for all sections of the society.

In his foreword “My Dream” Oli paints a picture of Nepal for the eyes of a tourist returning after ten years: ‘Nepal is a heaven on earth and the land of the blessed. The country is way ahead in production and creation. No one is too poor to provide health and education for their children. Houses in the country are pretty and clean. Roads are wide and washed. The Bagmati River is so clean that you can drink water directly from it.’ Reading this imagination, what immediately strikes one’s mind is its contrast with current realities.

After long and seemingly never-ending political transition PM Oli is understandably trying to lift Nepalis onto a new realm of hope and dream and faith and confidence that better days are coming. Far-reaching changes also take time. But dreams far from reality, hope without achievement give rise to apathy and alienation creating dangerous distrust of leaders and loss of faith in institutions.

Oli’s laudable vision “Nepal is a paradise mutually created by human beings and nature” reminds me of how Congress leaders dangled the dream of Singapore and Maoists talked of making Nepal Switzerland.

Much better endowed by Mother Nature, why is Nepal in such a mess while Switzerland and Singapore are like gardens of peace and prosperity today?

Bridging the wide vision-reality gap is now Oli’s challenge in the remaining time as PM, testing his political journey from a skilled leader to an able statesman.

Oli must go, but what’s the alternative?

After weeks of anger and frustration, a group of young people took to the streets of Baluwatar to demand accountability... Read More...