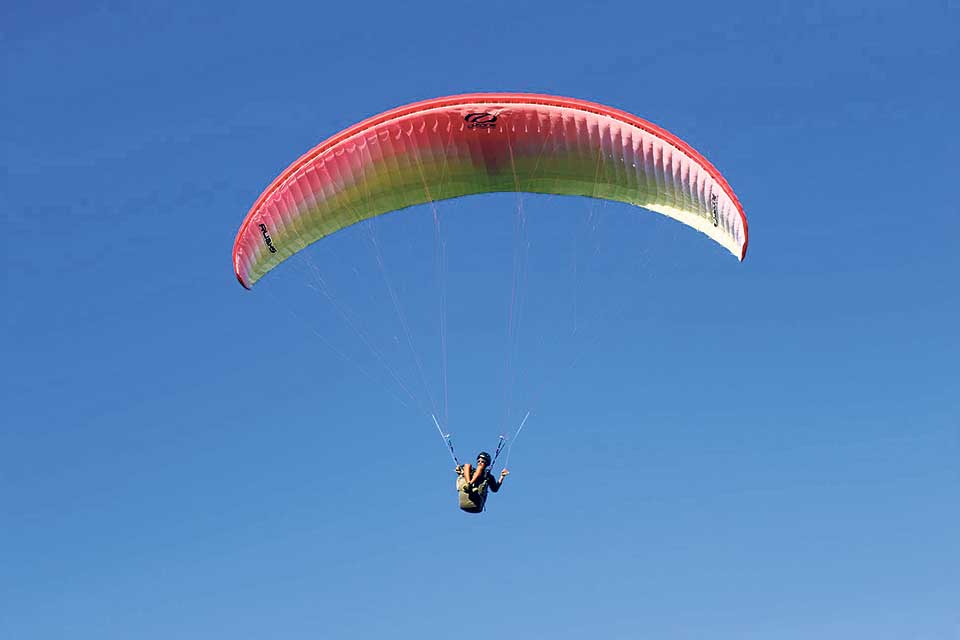 POKHARA/SYANGJA, Nov 4: Korea has claimed the top spot in the Paragliding Accuracy World Cup (PGAWC) after the end of the fifth round on Saturday.

Nepal has dropped down to the 10th place after the second day, while it was fifth after the first day.
The fifth round has ended in the individual category, while there is still around to be played on Sunday.

Korea’s Sanggyu Lim is at the top with 10 points, while Korea’s Kim Ki Hyeon is second with 11. Kim climbed to the second place as she did a spot landing. Lim was third and Kim was seventh on Friday. Also, Korea’s Jihun Yoo has reclaimed the third post with 13 points.

While Friday’s topper Slovenia’s Prelozuil Rok has dropped down to the fourth place. Rok has 14 points. Also, Korea’s Seongmin Lee is fifth with 15, while a Korean player is sixth as well. The eighth and the ninth places are taken by China and Korea, while Nepal’s Yukesh Gurung is 10th with 28 points.

It is hard for the Nepali players to win the title as only one round is remaining in the overall event. Nepal’s chance of winning the title in overall has almost ended as well.

Nepali participant Bimal Adhikari said that despite the situation, it can’t be said Nepal’s situation is poor. “We are far behind after the end of the fifth match, but we can’t lose our hopes of winning the title since a round is still left,’’ Adhikari said. “It is very hard in overall event for us. The title won’t come easily, so we must fall inside the top ten.’’

“Nepal has the big chance to win in team event. Nepal can win any event. It is considered good to get low points. The one who considered zero point is the best,’’ said Adhikari.

In women’s individual event, Korea has also taken the top spot after the end of the fifth round. Korea’s Eunyoung Cho is first with 23 points, followed by Korea’s Insuk Kang in the second with 43 points. Korea is third as well with Hyunhee Kim having 50 points, while Indonesia’s Gita Rezky Y Guntari is fourth with 202 points. Nepal’s Krisha Shrestha is fifth with 764 points.