Key Clasico battles where the match might be won 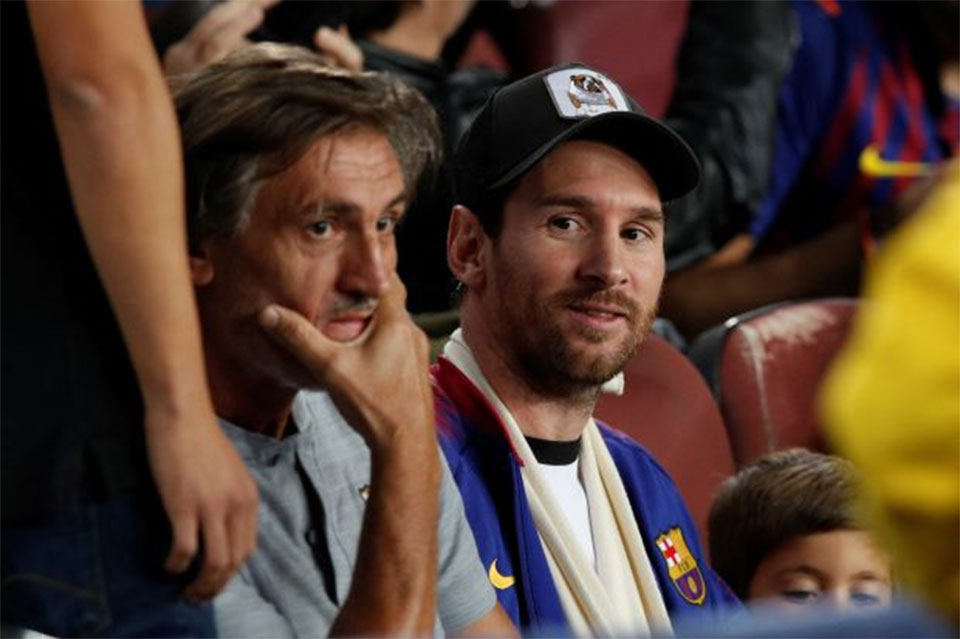 MADRID, Oct 26: For the first time since 2007, arguably the biggest game in club football will not feature either Lionel Messi or Cristiano Ronaldo. With the former injured and the latter departed to Juventus, both Barcelona and Real Madrid will need new heroes to emerge when they meet in El Clasico on Sunday.

Here are five key battles that could determine the outcome of the fixture:

Arguably Spanish football’s two most famous pantomime villains, Ramos and Suarez are players whom opposition fans love to hate and there are habitual fireworks when they come up against each other. In the absence of Messi, Uruguayan forward Suarez will be tasked with providing the finishing touch that his teammate usually does. He has just one goal in his last eight outings for the Catalan side and will need to find his shooting boots if they are to prevail this time.

Central defender Ramos, heartbeat of this Real team, will be tasked with stopping him. The Real captain, who has taken over penalty duties in the wake of Ronaldo’s departure, has endured a mixed start to the season, scoring six goals for club and country while committing a number of high-profile errors that have lead to goals.

Real are without a win in La Liga since Sept. 22 and if they are to get back to winning ways, the 32-year-old must shackle Suarez while not adding to his record of being sent off five times against the Catalans over the years.

At the other end of the pitch there is a strikingly similar matchup.

With Ronaldo gone, French forward Benzema can finally play as a central striker, but has thus far fired mainly blanks. His early header in the 2-1 victory over Viktoria Plzen at the weekend was his first goal since Sept. 1 and his form has been much maligned as Real went eight hours and one minute without scoring earlier this season.

Pique, who, if Ramos is Mr Real Madrid, is Mr Barcelona, has also made a number of errors that have resulted in his team making a sketchy start to the season.

Without the threat of Ronaldo to deal with, the Spaniard will come up against a Benzema determined to make his mark.

With their stalwart central defenders enduring patchy form it is perhaps no surprise that both of these goalkeepers have been busy throughout the opening weeks of the season.

German Ter Stegen has, aside from Messi, arguably been Barca’s standout performer, which gives an indication of how overworked he has been. He has conceded 11 times in nine games thus far, giving the Camp Nou side only the joint-tenth best defensive record in La Liga this season.

Courtois, meanwhile, was brought in by Real’s club president Florentino Perez to much fanfare this summer after excelling at the World Cup. While the Belgian has shipped fewer goals (nine), there remain some sections of the fanbase who feel deputy Keylor Navas should be number one.

Expect both keepers to be busy and it is possible that whoever has the better game will carry his team to victory.

Without Messi and Ronaldo, eyes will be on Barca and Real’s club record transfers to make their mark. Coutinho, who arrived for 142 million pounds in January, took time to adapt to Barca’s set up, but is now a key cog in their midfield. He will be tasked with unlocking the visiting defence with a killer ball, while also fancying his chances from set-pieces given the Argentinean, who usually has a monopoly on free kicks, will be absent.

In the capital, Bale has yet to show he is the man to fill the Ronaldo void and provide moments of brilliance when his team need it most.

There is no doubting the Welshman’s quality - he scored a wonderful equalising goal in this fixture last season – but niggling injuries have blighted his past couple of years in Madrid and fans have grown frustrated with his absences.

There would be no better way to convince the Bernabeu faithful he can be their main man with a match-winning performance on Sunday.