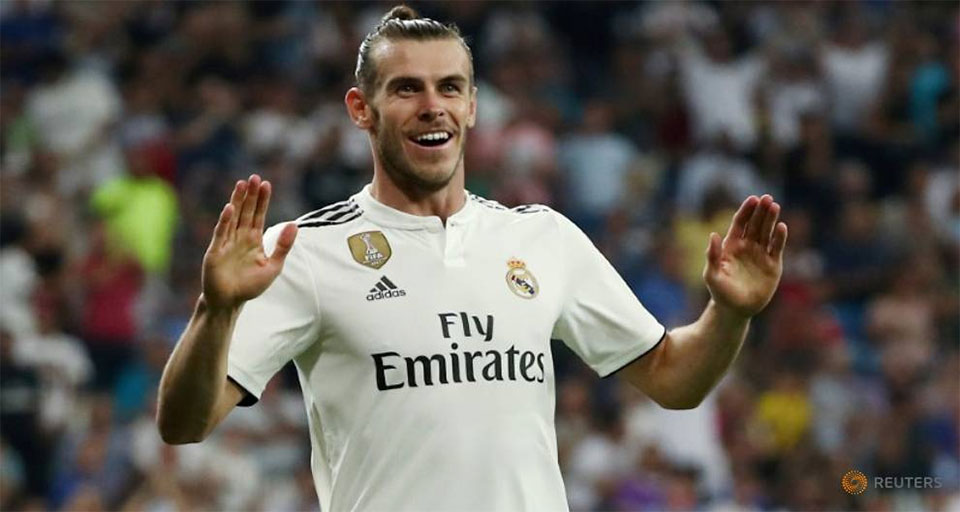 MADRID, Aug 20: Gareth Bale opened the scoring for Real Madrid in each of the last three La Liga seasons, but ultimately every time he played a supporting role in Cristiano Ronaldo’s show.

Now the Portuguese forward, Real’s all-time top scorer, has left to join Juventus, the onus is on the 29-year-old to be the leader in attack.

With a little help from the Welshman it was Dani Carvajal who headed home to send Madrid ahead, the warm-up act as Bale added the second in a 2-0 win over Getafe.

Having helped create the first goal and convert the second to get new coach Julen Lopetegui’s debut La Liga campaign off to a winning start, comparisons to Ronaldo were natural.

However, defender Nacho Fernandez insisted Bale is a talent of his own and does not need to follow in anyone’s footsteps.

“It’s not a question of him following Ronaldo’s path,” Nacho said.

“Cristiano left his mark on a whole era here. Bale is a really key player for us and he’s won many trophies here and has nothing to prove to anyone,” he added.

“Everyone knows they can count on him and I’m sure that he’ll continue to perform well. The fans are fully behind Bale and he’s very happy at Real Madrid. We’ve got some fantastic strikers here.”

Bale crashed a header against the crossbar in the first half, before his cross was pushed into Carvajal’s path by Getafe goalkeeper David Soria.

In the 51st minute the forward sealed Madrid’s victory, reacting in the box to smash a loose ball past Soria.

“He was the best, most dangerous, most incisive player on the pitch in Real’s La Liga opener, it was like seeing Ronaldo,” Spanish newspaper Marca said on Monday.

However, this was the first league game since Ronaldo departed and also saw Madrid record their lowest attendance since before the Portuguese arrived in 2009.

Ronaldo’s presence at the Bernabeu was undoubtedly a draw and, without signing a replacement, Madrid are depending on Bale to become the team’s new talisman who has the pulling power to draw in the masses and fire the team to glory.

WASHINGTON, July 24: Real Madrid beat Arsenal in a penalty shootout after Gareth Bale had made a goalscoring return to... Read More...