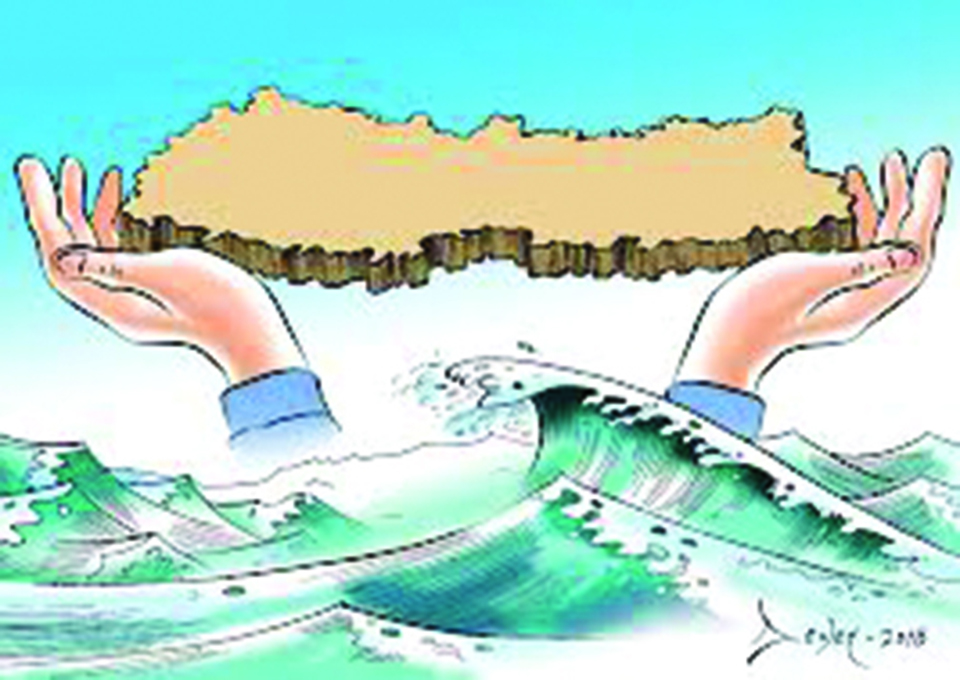 Kathmandu Metropolitan Corporation (KMC) has formulated laws on  basic rights and services in pursuance of the provisions of the constitution of Nepal 2015 and the Local Government Operation Act 2017. The constitution elevates the status of the 753 local bodies such as KMC into the realm of building frame   of the state.

This transforms the centrally controlled local bodies into the legally competent democratic institutions for participatory democracy and development.   The constitution allocates a separate list, delineates functions and competencies for local governments in schedule 8.

It clearly stipulates functions of local government with significant role in  public service delivery and local development consistent to federal architecture provided in the constitution.

It was formulated by KMC as per section 11 of the Local Government Operation Act and it will be implemented soon. This is the beginning of the local government’s attempt to gradually implement twenty two major competencies spelt out in the schedule 8 of the constitution. Moreover, the publication of the municipal law related with education management in the Local Gazette conforms to pro forma of Nepal Gazette. This is indicative of elevation of local entities into local government exercising state authority, more or less similar to the federal and provincial governments.  The   School Education Management rules  formulated   by KMC   is comprehensive  and elaborate enough to cover several aspects  dealing with  governance and management of educational institutions in  the capital city.

According to Chapter 4 of the KMC law, education committee headed by mayor comprises deputy mayor, chief administrative officer, representatives of teacher association, social organization and locally reputed individuals. Likewise, the law creates mechanisms like education department within KMC to be headed by an official of the rank of under secretary. Likewise, local law makes a provision for merger of two or more schools, upgrading and down grading of schools and so on for which KMC can use its authority.

Moreover, the law specifies terms and conditions for grants allocation and disbursement to schools. The schools that meet and fulfill minimum conditions will receive grants.

KMC’s exercise shows that local bodies are capable of performing their roles as enshrined in the Constitution of Nepal 2015.

The author writes on local governance and participatory democracy

My fellow, long-suffering Kathmandu valley residents! Have you heard the good news? Well, fear not if you haven’t because yours... Read More...

KATHMANDU, June 23: The major streets, thoroughfares and road sections in the Kathmandu Valley will be illuminated by the solar... Read More...

Exclusive: Up to 1 million COVID vaccines expired in Nigeria last month
35 minutes ago