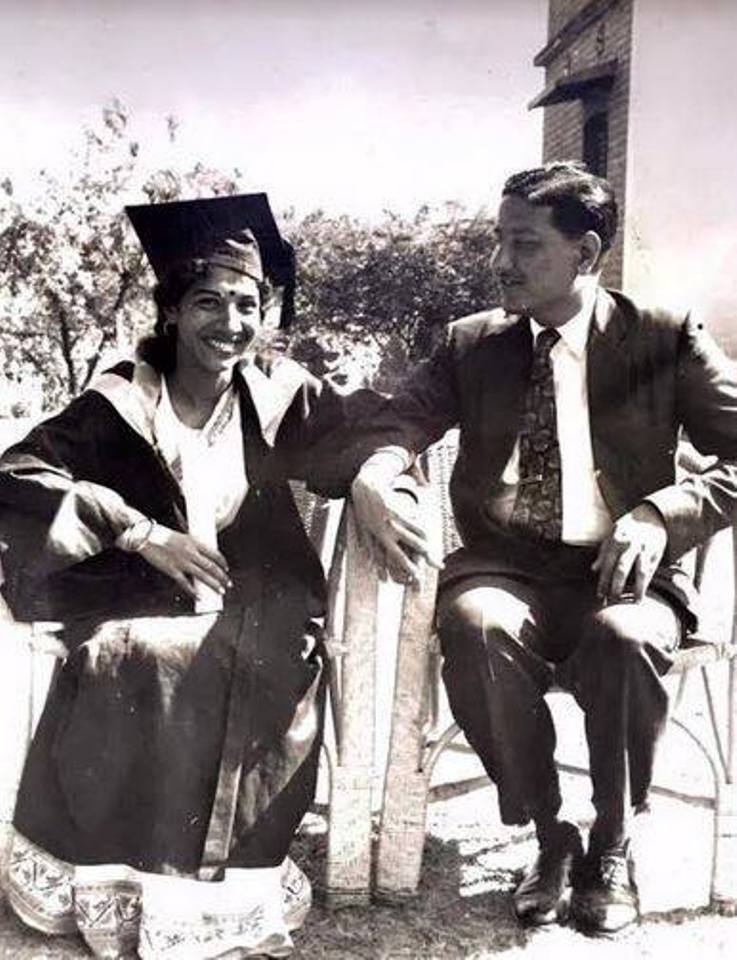 KATHMANDU, Aug 9: Shanti Rana, the adopted daughter of the late king of Bajhang Jaya Prithvi Bahadur Singh died of heart attack on Wednesday morning. She was 87.

According to her family sources, she died while being taken to Shahid Gangalal Heart Centre.

Shanti Rana is survived by her husband former DIG Nara Narayan Shumsher Jung Bahadur Rana, 92, her four children. She was cremated as per the Buddhist tradition at Pachali Bhairav, Teku on Thursday morning.

Breaking with tradition, yet another daughter lights her father's funeral pyre

CHITWAN, May 10: Defying the age-old Hindu tradition which allows only sons to cremate their parents, a daughter in Baharatpur Metropolitan... Read More...