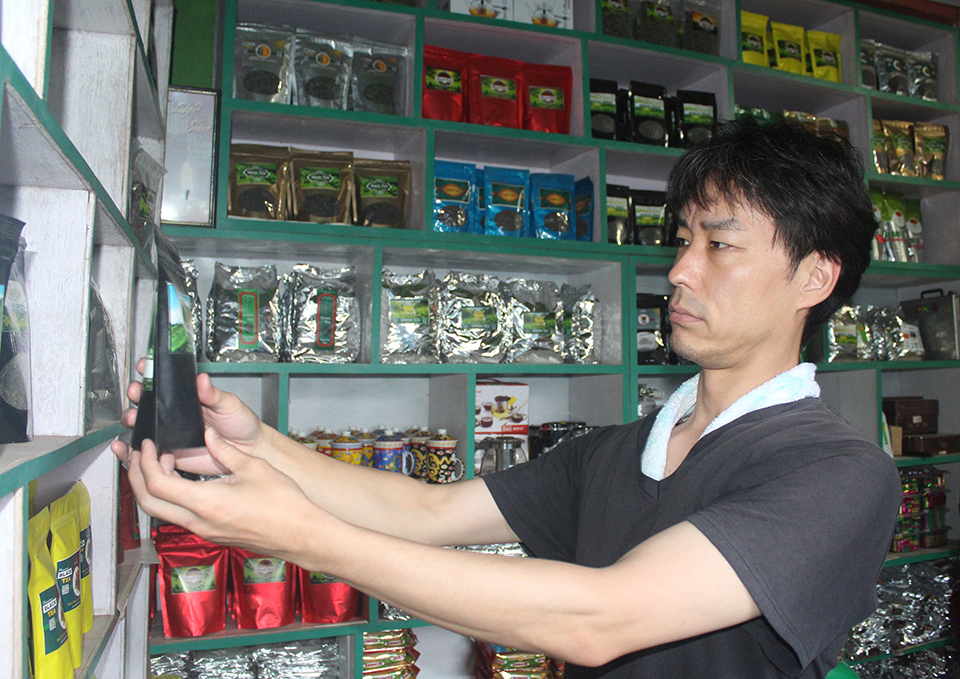 ILAM, July 23: Many foreign traders come to Ilam every year to take high-quality tea produced in this eastern hilly district to their country. It is natural for traders to look for profits. But there are some traders, who are not just buying tea, but also branding 'Ilam' in a foreign land.

Japanese national Thachuwa Makhywa has been coming to Nepal every year since his first visit in 2012. Every year he buys organic tea from Nepali traders and take it to Japan where he sells them as 'Ilam' tea.

When Thachuwa first visited Ilam, he was attracted by the place as well the tea.

"Today, Ilam tea is establishing its own brand identity in Japan. The number of customers placing order for Ilam tea is growing every year," he added.

Before he got acquainted with Ilam tea, Thachuwa used to sell Darjeeling tea in the Japanese market. "When I first tasted Ilam tea, I felt this tea will be liked by tea lovers in Japan as well as other countries," said Thachuwa. Thachuwa runs a tea house in Japan named 'Tea House Chiya Ilam'. He has used images of Mount Everest and hilly tea gardens in his company logo. "I have branded Nepali tea as 'Ilam tea'," he said, adding many Japanese inquire about Ilam when they see the company name. "Not just tea, Ilam is a very beautiful and rejuvenating place."

The young trader visited Nepal two to three times a year to buy tea when his first consignment sold like hot cakes in Japan. These days he comes to Nepal at least two times a year and takes a consignment of at least 800 kg of organic orthodox tea in each visit.

This year also, Thachuwa is in Ilam to buy first flush tea. "I sell tea from other places as well, but my priority is Ilam tea," he said, adding: "Those, who have tasted Ilam tea once, keep coming again and again. Ilam tea smells different from other teas."

Thachuwa is so attracted toward Ilam and Ilam tea that he has plans to invest in a tea processing plant in Nepal. "If everything goes right, I will open a factory there. This will help me to distribute Ilam tea throughout the world," he added.

Local traders are very appreciative of Thachuwa. "Many traders come to Ilam to buy tea, but no one is as passionate as him. He is like a tourism ambassador of Nepal in Japan," Hari Gurung, a local tea trader, told Republica.

Many people start their day with a cup of tea or coffee. But those who drink it piping hot could... Read More...

80-year-old Thuli Maya Sunuwar is up hours before sunrise and starts work much before many of us have even had... Read More...

Prime Minister moving to new residence with bunkers
22 minutes ago