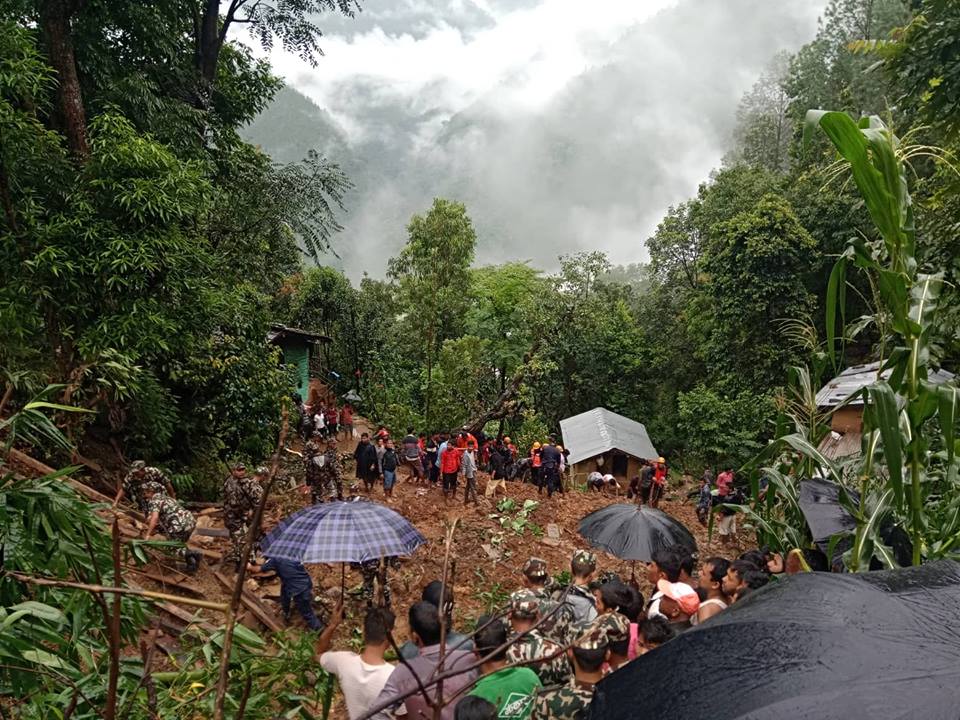 Lal Bahadur Lohar-31 of Bheri municipality-6 who sustained injuries is undergoing treatment at Jajarkot Hospital. Dead bodies of his three daughters and wife is being recovered.

According to police, four more children are feared to have been buried in the landslide.

9: 36 AM: Eight year daughter of journalist Tirtha Bohora has been found dead in the landslide, according to police personnel.

JAJARKOT, Aug 5: Children and women are among the dozen that are feared to have been buried in a landslide at Thati Bazaar of Bheri municipality-3.

According to Lab Kumar Pun, a local resident, majority of those buried include children and women.

The Nepal Army, Police, Armed Police Force and local residents are struggling to rescue those buried due to incessant rainfall since yesterday midnight. 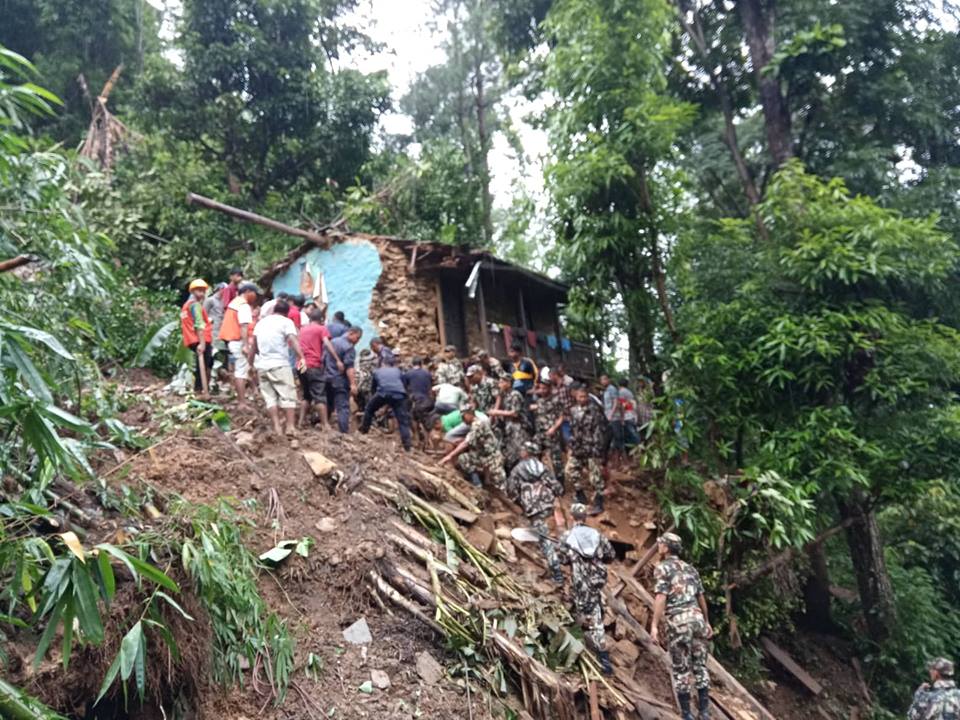 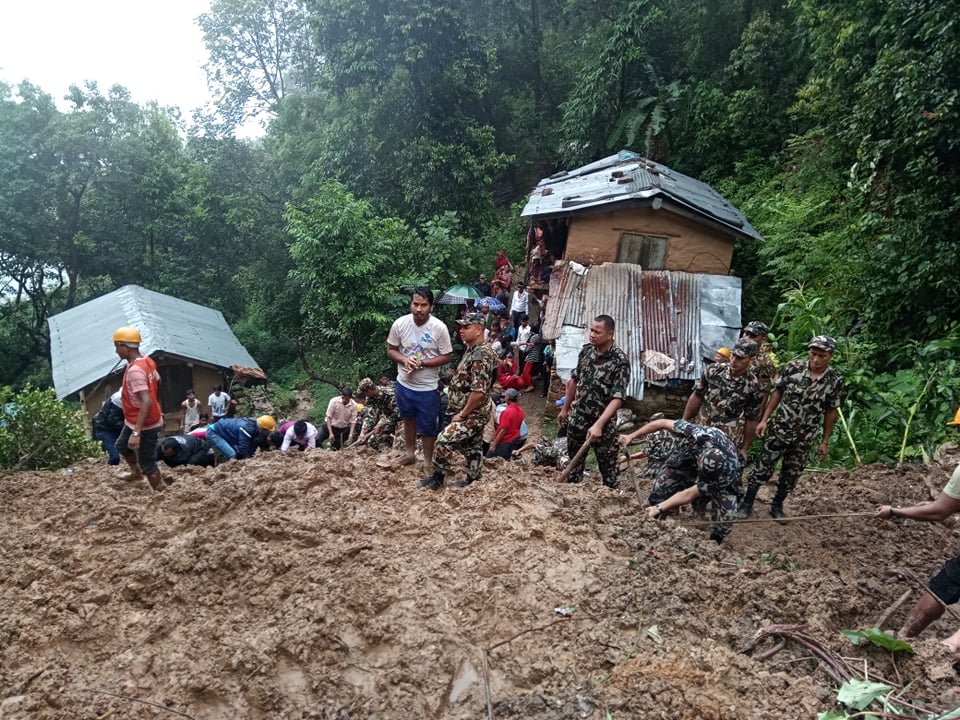 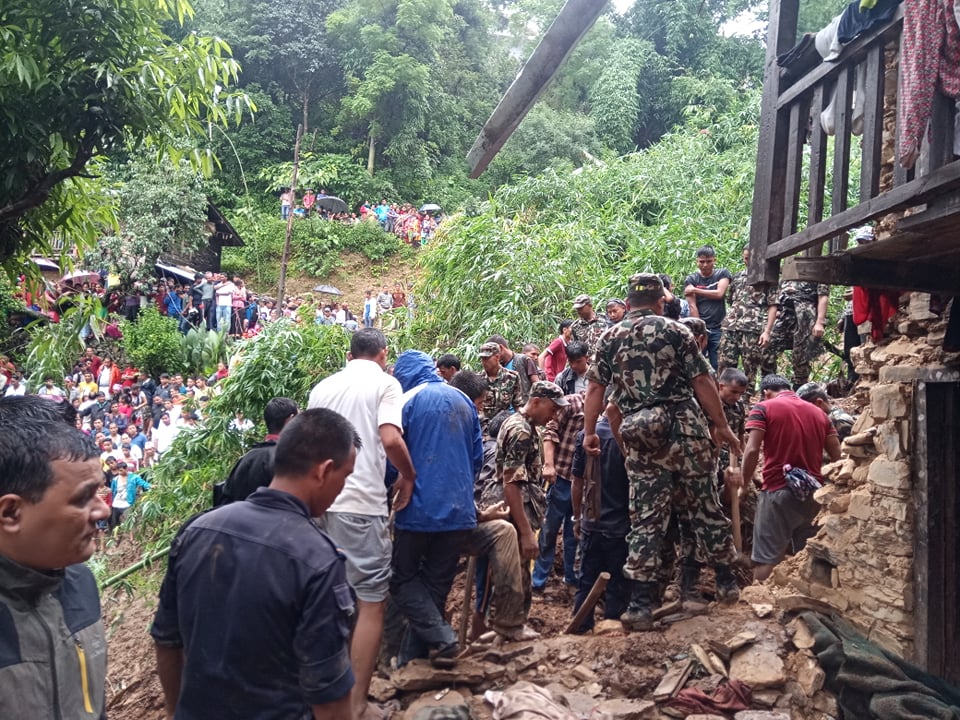