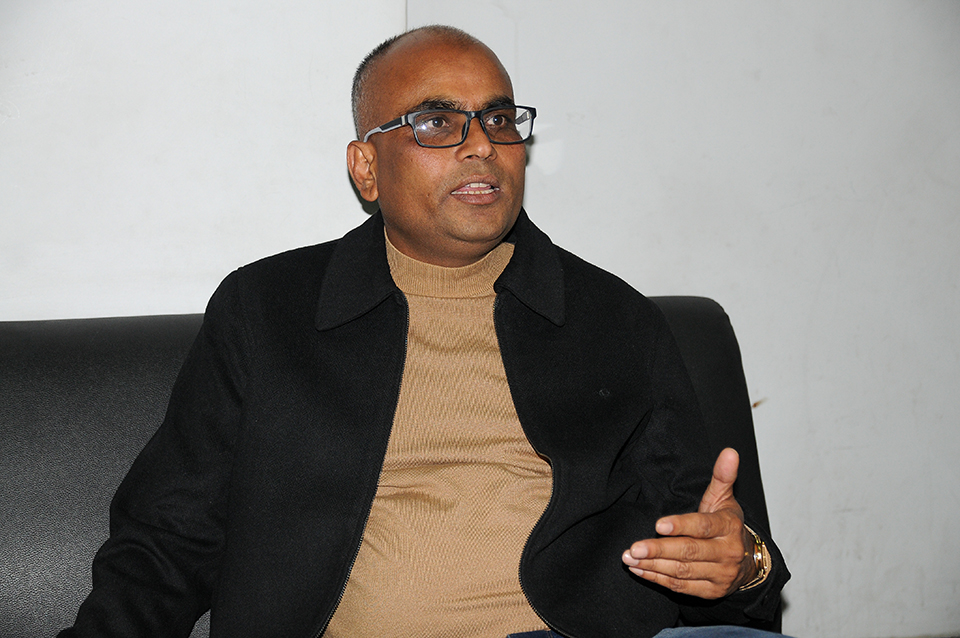 Financial viability of the federal model has been a big concern of Nepali policymakers and economists in recent times. Many argue that Nepal simply cannot sustain the ‘costly’ federalism. Uma Shankar Prasad, Associate Professor at Tribhuvan University’s Central Department of Economics, thinks the opposite is true: that federalism is the perfect antidote to Nepal’s underdevelopment. But how? Republica’s Biswas Baral and Mahabir Paudyal caught up with Prasad, who has carried out extensive studies on fiscal federalism in Nepal.

After the second phase elections on December 7, Nepal will have over 700 local governments, seven provincial governments and a federal government. How will our tiny economy be able to sustain so many governments?

It might seem like an unaffordable project but look at our potential. We have abundant natural and human resources, tremendous tourism and agriculture potential, and other foundations of development. We have enormous capacity. If we can utilize these resources wisely, Nepal will be able to sustain the federal system without many difficulties. The problem today is we have a huge gap between potential and utilization of that potential. Our scarce resources are improperly utilized, not utilized at all, or wasted.

We have water resources but we still import electricity. The country of 30 million people is between two countries with a combined population of over two billion. These countries will require huge amounts of electricity. Imagine how much we could gain if we could produce and sell power to these two countries. It would change the country’s face in just a few years. When we start utilizing these resources, Nepal will have no problem in economically sustaining federal system. We would be able to sustain federalism even if we had 14 provinces, as was initially proposed.  Look at Switzerland. The country also lies in among other highly populated countries. They produce in huge quantity. This small country has 29 cantos and hundreds of local levels. The country has been able to sustain this system as maximum power has been devolved to make local bodies powerful, which in turn make maximum utilization of their resources. That is the secret of their success.

Tax is collected from people’s income and from goods and services. If your income level increases and if you can produce goods and services, tax collection will automatically increase. If you produce things like ginger, avocado and kiwi, which can be grown in Nepal in abundance, they will also contribute to tax generation. But today we import 90 percent kiwi we consume. We can similarly leverage our hydro potential, tourism and agriculture for more revenues.

Do you think the number and kind of federal states we have today will be able to do so?

Seven provinces are not too many. I would say we have too few. We easily have more than seven strata of communities. The current federal set up does not follow international practice and does not respect theoretical federal considerations. And yet we have successfully conducted local elections. After December 7, we will have held provincial and federal elections as well. This done, local governments will start exploring their potential.

Take Mugu. Local government there will work to develop Rara Lake as a tourist destination. People will be inspired to take up similar initiatives across the country. You will see machines installed to process apples in Jumla, and similar machines to process oranges in Gorkha. They will start sending processed products, in and outside the country. This is how resources will be generated.

You present a rather optimistic outlook of Nepal’s federalism. If so, why are most of us so pessimistic about our ability to sustain federalism?

We have only listened to the politicians who know little about fiscal viability. But international community and scholars are optimistic about our federal future. Nepali politicians have no idea how fiscal federalism works. They know nothing about how resources can be generated. So they paint negative picture of federalism. Nepal can become prosperous only under the federal setup.

We have a lot of money in Nepal.  For years, we have failed to spend our development budget. In six months of this fiscal, we have spent only eight percent of total development budget. But at the end of fiscal, in June and July, we try to spend as much as possible, which breeds corruption.  One mayoral candidate spends as much as 50 million rupees in local elections. The federal and provincial election candidates spend even more. Would this be possible if we had no money? Nepal is a country with a small GDP but it is also a country of a billionaire. Large amount of money in Nepal remains hidden. Transparency International and media reports have repeatedly shown how Nepalis send their money out of the country. So it is a mistake to think we have no money to set up federal infrastructure. We only need to be able to utilize our money wisely.

You recently conducted a study on fiscal federalism in Nepal for Nepal Rastra Bank. What were the key findings?

One finding is that our expenditure pattern is very weak. And our local bodies are weak. The country has failed on its development endeavor for past six decades precisely because we failed to strengthen the local level, which is vital for development. Only when you start spending most of the budget at the local level and only when you give revenue powers to local bodies will the country develop. We failed to do so in the past 60 years. If we empower the local bodies we will be in a much better situation in 10 years.

The constitution has granted certain fiscal powers to local and provincial governments. How do you assess them?

Local level has been given greater powers on expenditure. This is okay. But in terms of revenue generation, local bodies should have more powers too. And we need to have competent human resources in local bureaucracy. So far we have entrusted local administration to non-gazetted officials. In the new set up, they won’t be able to handle the added responsibilities.

Local bodies should be given the power to raise income tax and VAT. Income tax falls under the jurisdiction of local governments worldwide. We had this provision in the draft constitution but they altered it later.

Despite this I am still optimistic. There are some good signs already. The government has started to increase the budget for local bodies. Local governments will themselves generate resources as well. In the near future we will have chief ministers in all seven provinces. They will certainly demand more budget for their provinces, and the center will have to concede. This makes me confident that our federal system will succeed.

But what is the guarantee that local and provincial governments will be able to spend the development budget on time or that they will be immune to corruption?

We talked much about local bodies and federal government. What will be the role of provincial government?

Can you enlist three things the new federal government can do to ensure the financial viability of our federal setup?

First, the constitution should be amended to give more revenue generation power to local bodies. There should be consensus among three tiers of government to allow local level to generate income tax as well as to collect VAT. Second, the budget allocated for the local bodies, now at 19 percent, should be gradually increased, till it reaches 40 to 50 percent of total budget. Third, the bureaucracy should be restructured at the local level. We need much more qualified and competent bureaucrats there. If we can do this, our dream of Nepal’s prosperity and development will come true.

Nepal has huge trade deficits with both India and China. If the provinces cannot sustain themselves, will the country be even more dependent on its neighbors?

Our trade is India-dependent. But we have also started the process of diversifying our trade in recent times. Total trade volume with India is slowly going down. We must be able to develop the areas where Nepal has competitive advantage, like ginger, pashmina and handicrafts. Development of tourism and hydro sectors will also bring enormous benefits. Tarai is often called the breadbasket of Nepal but it has low agricultural productivity. After the federal system starts functioning, the productivity of agriculture in Tarai will increase.

Our local products and potential remain unutilized because we have never brought the local bodies into this process. For example, Mustang can produce a lot of Marpha (local wine). But we have failed to brand, promote and export Marpha as the government in Kathmandu has not given it enough attention. Apples of Jumla are famous but they do not find good market. But when local governments start functioning, the situation won’t be the same.

Our election process has become terribly costly. How can it be checked?

From economic standpoint, election expenditure is unproductive. Election Commission should thus lower expenditure ceiling for candidates. Media and civil society should also be vocal about this. Election expenditure is a total waste because you spend on drinks, on feasts and on fuel. Much of expenditure goes into buying alcoholic drinks for political cadres. Spending on drinks and fuel, both of which we import in great amounts, does not in any way contribute to the national economy.

Comey says it possible Russians have leverage over Trump