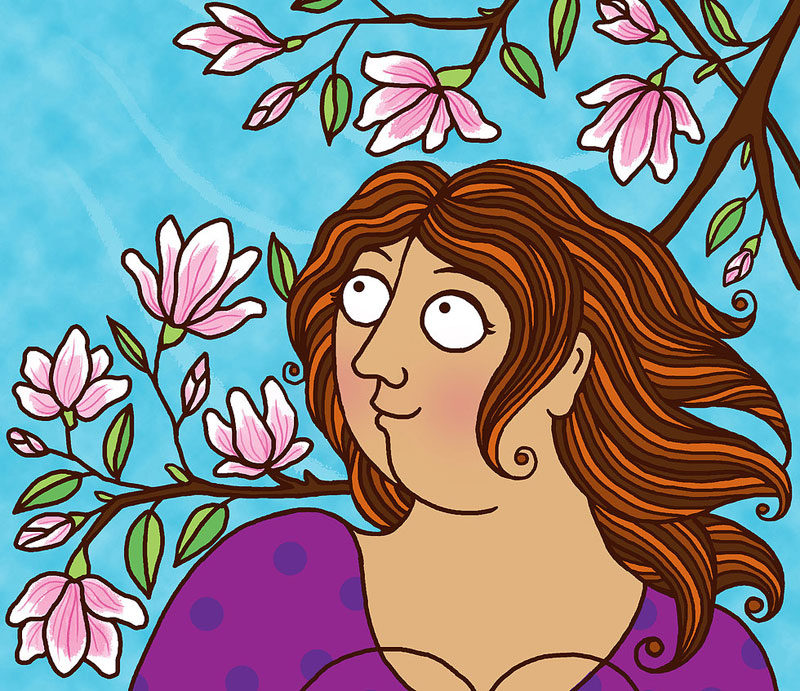 I came up with the name Miss Moti because a friend used to call me Moti. I wanted to change this negative connotation into a positive one.

Born in Nepal in 1978, Kripa Joshi pursued her Bachelor of Fine Arts in Painting from Maharaja Sayajirao University in Baroda, Gujarat. During her final year, she made the “Sofa so Good’ series of painting which depicted people as different kind of sofas and chairs. Though she also made a few paintings about being overweight in that series, the idea of creating a comic came to her only when she went to the School of Visual Arts in New York for her MFA. There, the open mindedness of the school and teachers about all forms of art opened her to a whole new world of comics and graphic novels. She realized the scope of comics and the kind of stories one could tell through this medium. This was how Miss Moti was born. Kripa’s character Miss Moti is a fat South Asian woman who can do anything she wants to and is an icon of body positivity.

How it all started
Created in 2007, Miss Moti’s concept of blurring the line between dream and reality was inspired from the Winsor McCay and his Little Nemo stories. In it, a little boy falls asleep and has wonderful adventures in Slumberland only to wake up at the end leaving the reader to wonder whether it was all just a dream or not. This play between the dream and reality inspired my Miss Moti stories. There are generally little elements in my stories that make you think that maybe events are not just in the imagination. I came up with the name Miss Moti because a friend used to call me Moti. I wanted to change this negative connotation into a positive one. I liked the fact that Moti could mean a plump woman, but if you pronounced the “T” differently, it could also mean a pearl. So, the name and the graphic representation suggest that Miss Moti might look plump and ordinary, but on the inside she could be extraordinary and a gem of a person.

A woman comic artist
I’m happy to say I have never faced any barriers or prejudice for being a woman comic artist. In fact, it has opened more possibilities. I think my South Asian background makes me different. Generally, comic artists are quite accepting and supportive, especially in the small press and self-publishing field. I have always had a lot of encouragement from them, especially from Paul Gravett who has worked in comics publishing and promotion for more than 20 years.

I have been a participant and co-editor of the Strumpet, women’s only comic anthologies.

Recently, I was also part of the Comix Creatrix exhibition at the House of Illustration in London and it featured 100 female comic artists. The exhibition emphasized that this was just the tip of the iceberg and that we should no longer question the presence and contribution of women in comics.

Kripa’s fantasies and adventures
My personal life contributes to the stories of Miss Moti. The character is inspired from my mother and the challenges she has faced. I find it difficult to climb stairs and often have dreams about flying or jumping through clouds which is what inspired the Miss Moti and Cotton Candy. The Motivation Monday project was influenced by my personal life. It started last year as a way for me to get back into making Miss Moti after a two year break since the birth of my daughter. It was also to motivate me after suffering from postnatal depression. On a weekly basis, I chose motivational quotes to illustrate, and sometimes they were related to what is happening in my day to day life – it could be someone’s birthday, a friend feeling anxious, a family in difficult times or a national event.

I tried and found something positive to say. For instance, when there was a report of rise in hate crimes in the UK following the Brexit vote, I illustrated the quote by W. Somerset Maugham that said, “The essence of the beautiful is unity in variety”.

Miss Moti in the making
The most important thing in making a comic is the planning stage where you jot down and plot your ideas quickly. It can be pretty rough and just thumbnails, but it is important too.

Planning well ensures that you do not end up wasting time making too many changes during the final artwork. When I first started, I used to draw the outlines on paper and then color on the computer. Now with my tablet, I do most of the work on the computer, except the initial planning stage. For Motivation Monday, I started with finding a quote after which I though about what the image could look like to represent that quote. Then, I planed a rough layout and looked up reference images. I work on different layers on Photoshop, so separate layers will have the line work, colors, details, textures and so on. The more complicated the artwork, the more layers there will be. This makes it easy for me to correct one aspect of the image without touching the others.

Miss Moti and feminism
I didn’t consciously set out to make Miss Moti a feminist. But if she becomes a feminist icon, I’m happy about that. She was created to deal with body image issues more than anything else. I grew up in a household with strong women. My great-grandmother was one of the few women to be educated but was not allowed to sit for her graduation exams.

She was widowed at the age of 16 with an eight-month-old son and yet she managed to raise her family and educate her children and grandchildren. She firmly believed in education and ensured that her daughter-in-law (my grandmother) would study alongside her son, something very rare in those days. This enabled my grandmother to study law at Oxford and she returned to Nepal and dedicated her life to social service. She was also the principal of the first women’s college in Nepal. My mother too studied after marriage, got a Fulbright scholarship and now works for UNICEF in Nepal. So, I didn’t have to look far from home for role models.

Body image issues and depression
It is understandable that people suffer from body image issues when they are living in a world that places so much importance on appearances. Women certainly get judged more, but this is not only a woman’s problem. However, if we shift our focus from our outer selves to our inner selves, we can start feeling better. I’m not advocating that we should be fat and unhealthy. I’m advocating that we should not let our insecurities and body image stop us from doing what we want to do in life. In a society where a woman’s worth is also determined by her looks, I believe you should not let anything, including your weight, hold you back.

I liked the fact that Moti could mean a plump woman, but if you pronounced the “T” differently, it could also mean a pearl. 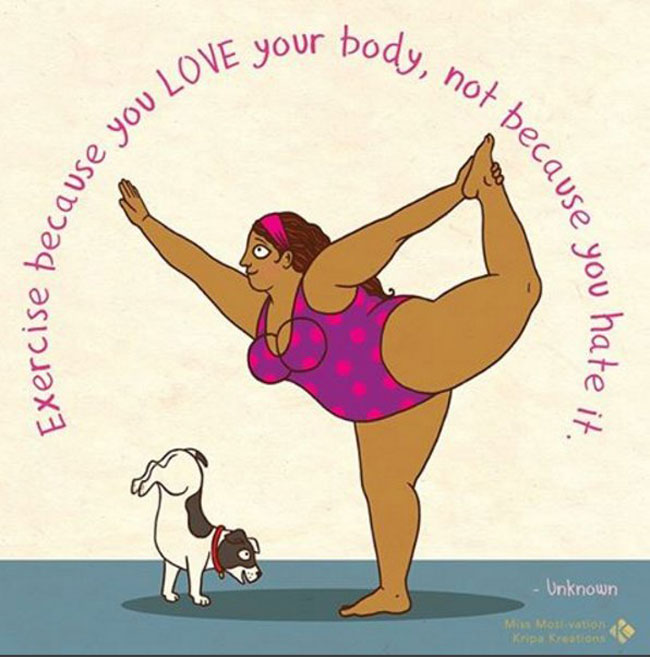 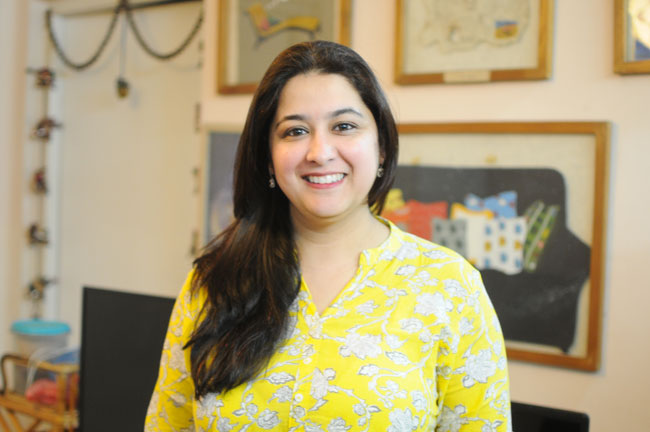 Kathmandu: Balen Shah ahead of Keshav Sthapit by over 5,800 votes (Updated)
6 hours ago

Nepse suffers landslide fall of 84.9 points on Tuesday
8 hours ago