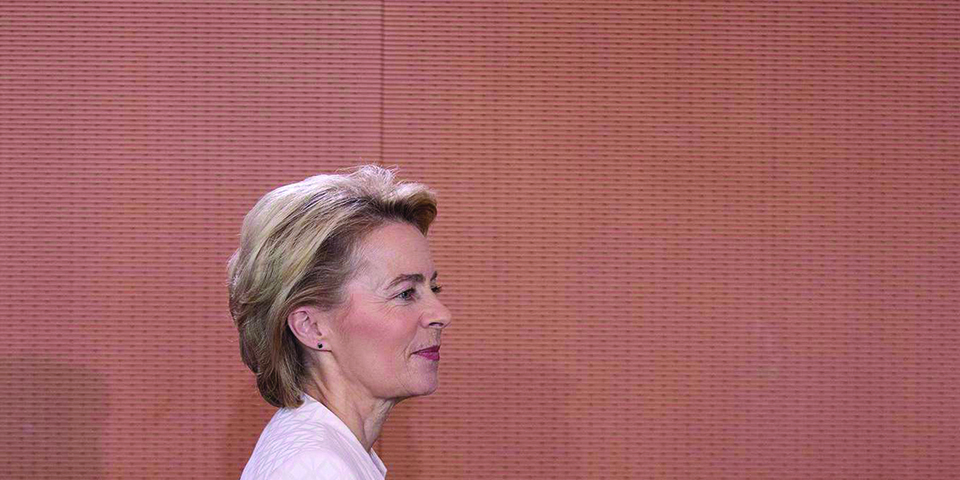 Many European observers wonder whether Ursula von der Leyen has the right combination of charisma, stamina, resilience, and political inventiveness to be the leader Europe needs

Perhaps this is an unfair and irrelevant question. After all, Delors’s own view of Europe evolved over time. And more generally, Europe’s politics (and therefore its politicians) have become more pragmatic and less idealistic in the half-century since de Gaulle’s death. Politicians nowadays are (at best) ambitious doers and, more often than not, astute survivors. Yet the next Commission president will take office at a time when Europe desperately needs a visionary leader rather than a mere dealmaker.

True, von der Leyen is far from being a bad choice. She will be the first woman to hold the EU’s top job, and the first German to do so since Walter Hallstein in the late 1950s and 1960s, when European integration was in its infancy. Moreover, von der Leyen is undeniably pro-European and Atlanticist. And as a former German defense minister, she is familiar with the increasingly critical security issues facing Europe.

In other words, von der Leyen ticks many of the right boxes, even if her nomination was the result of a complex series of compromises. Yet, alongside the general sense of relief that EU leaders managed to agree on a candidate, a nagging doubt remains as to whether Europe will really have the best person—and team—at the helm.

French President Emmanuel Macron has often said, both publicly and privately, that quality should be the sole criterion for choosing Europe’s leaders, with nationality or political affiliation being of secondary importance. Yet for far too long, Europe has picked its leaders mainly on the basis of their limitations—not least because national leaders wanted to make sure they had no rivals in Brussels.

From José Manuel Barroso—a man notable mainly for his unique ability to say nothing in ten languages—to Jean-Claude Juncker, Europe’s top position has been filled by remarkably unexceptional leaders. The resulting leadership deficit has hurt the EU badly by reinforcing a growing sense of alienation between the continent’s citizens and its elites. With Europe now facing major external and internal challenges, from the rise of China to the spread of populism, it must finally switch gears and start selecting its leaders on their merits.

Macron, for his part, initially made no secret of his high regard for another potential female Commission president: Denmark’s Margrethe Vestager. As EU competition commissioner, Vestager has successfully enforced the bloc’s competition rules against US tech giants, and US President Donald Trump’s verbal attacks on her have further boosted her popularity among Europeans.

But now it is up to von der Leyen to make a clear departure from the disappointing mediocrity of recent EU leaders. On economic matters in particular, her opening programmatic speech to the European Parliament was undeniably convincing, combining cohesiveness and clarity in her wish to move toward a post-carbon world. She is also a serious political player. Many in Germany believe that she viewed the defense ministry as a springboard toward realizing her real ambition: becoming chancellor.

Yet many European observers, including me, still wonder whether von der Leyen has the right combination of charisma, stamina, resilience, and political inventiveness to be the leader Europe needs. For starters, the deeply divided European Parliament will likely be much harder to rally and manage than any of its predecessors. Purely national political considerations will more often than not take precedence, with complex, opportunistic alliances constantly being forged, reworked, or undone.

Moreover, even the most charismatic Commission president might struggle to surmount the tensions and contradictions inherent in the job. Von der Leyen will need to maintain the confidence of the national leaders who nominated her, without appearing to be their spokesperson. At the same time, she must gain the confidence of the European Parliament, which confirmed her as president by only a narrow margin. Above all, she must be the human face of a largely anonymous EU bureaucracy and, as such, speak directly and convincingly to Europeans.

This may sound like an impossible task to some, but it is more vital than ever. When the European anthem, Beethoven’s “Ode to Joy,” was played at the opening session of the new parliament earlier this month, MEPs from the United Kingdom’s Brexit Party turned their backs, while members of Marine Le Pen’s National Rally party chose to remain seated.

The fact that such barbarism at the heart of the EU is becoming almost banal makes the choice of Commission president even more crucial. Let us then hope that von der Leyen has fooled the skeptics, and that she really is the leader Europe needs and deserves.

Govt has pushed country toward anarchy: Oli
2 hours ago