The West’s Pandemic of Fear 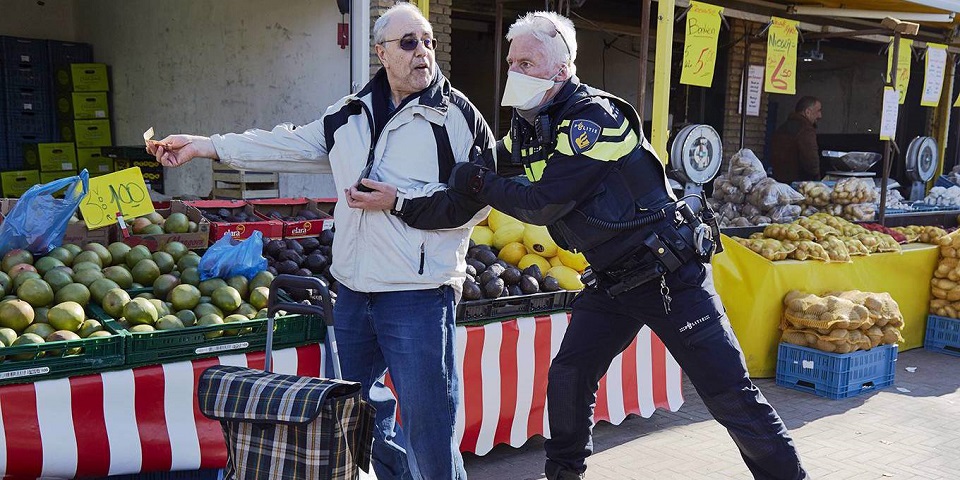 Coronavirus pandemic continues to exact a terrible toll around the world. But historians a century from now will likely regard it as a game-changing moment that not only confirmed Asia’s rise but also, possibly, arrested the West’s decline

PARIS – Emotions are not easily contained. They control us much more than we control them. And during a pandemic, the dominant emotion is naturally fear.

Confronted with a world that feels (and is) more dangerous, complex, and unpredictable by the day, people want to be protected and reassured at all costs. But there is a fine line between a healthy return to the notion of a protective state and a dangerous evolution toward Big Brother—whereby we end up abandoning our cherished freedoms for the sake of protecting our even more precious health.

More generally, fear is the opposite of hope. In a world of hope, people think that tomorrow will be better than today. But in a world of fear, they think it will be worse. From this perspective, Asia today appears to be the continent of hope, while Europe and North America are the continents of fear.

Consider the sharply contrasting images now coming from Italy and China. In Italy, the COVID-19 pandemic is causing seemingly endless suffering, to the extent that Italians are now speaking of the crisis as their 9/11. In China, on the other hand, the first days of spring have brought people back out onto the streets. Although still wearing masks, they are enjoying the fresh air and the sun as if they had won the war against the virus.

It is best to be prudent, of course, because COVID-19 may return to Asia, or may not have disappeared entirely from the region. But Asia today—and in particular China, Taiwan, South Korea, Hong Kong, Singapore, and Japan—is a source of hope and a model of what the West could and should have done much earlier to check the virus’s spread.

China’s leaders have long claimed that their authoritarian, centralized political system is superior to Western liberal democracy. And now, for the third time in little more than a decade, they are telling the West that our system really does not work.

Following the 2008 global financial crisis, China was swift to denounce the failures of Western-style capitalism. And in 2016, the United Kingdom’s Brexit referendum and the subsequent election of President Donald Trump in the United States reinforced China’s conviction that democracy worked equally badly.

Now, with the COVID-19 pandemic, the Chinese government is offering to help a beleaguered Europe, and in so doing boosting China’s soft power. China is thus not only extending its global influence through trade and investment but also extending its protection to a divided and confused Europe.

The pandemic is all the more destabilizing for the West because it is piling uncertainty on top of doubt. COVID-19 is heightening an already existing culture of fear in the West and revealing deeper fractures, both within Europe and between Europe and the US.

While China sends medical experts, protective masks, and respirators to Italy and France, America is abruptly and unilaterally closing itself off to Europe, probably to compensate for Trump’s erratic and confused early denial of the danger. Meanwhile, Europe has turned its back on Italy for the third time in just over a decade – first during the 2008 economic and financial crisis that seriously impacted the country, then with the migrant crisis that started in 2014, and now by limiting exports of urgently needed medical goods.

What is Europe good for if it does not protect its citizens? Indeed, Italy’s growing disillusion and distance from the European Union is probably much more serious for the future of the European project than the UK’s decision to leave. As Europe betrays Italy and America betrays Europe, European and transatlantic solidarity increasingly look like relics of a near-forgotten past.

By contrast, Asian societies may be better prepared to fight pandemics, because they have found a better balance between the individual and the collective. This is not a matter of political regimes. After all, the Asian countries that so far have best managed the pandemic include democracies such as South Korea, Taiwan, and Japan, a country with democratic institutions and the rule of law (Singapore), and a purely authoritarian state (China).

Rather, the key difference is the spontaneous (or in China’s case enforced) practice of civic values in these Asian societies. Wearing a protective mask is much more common in Asia than in the West, not only because masks are more readily available, but also because their wearers value consideration and respect for the health of others. Democracy without a civic culture, a common phenomenon in the West, is a recipe for disaster in the event of a pandemic.

Yet, the COVID-19 crisis may eventually have a positive impact on Western democracies by reinforcing trust in experts, and exposing and disqualifying charlatans. If widespread fear of the virus encourages responsible behavior and discredits populist voices, that would be good news for leaders such as French President Emmanuel Macron and bad news for those like Trump.

The coronavirus pandemic continues to exact a terrible toll around the world. But historians a century from now will likely regard it as a game-changing moment that not only confirmed Asia’s rise, but also, possibly, arrested the West’s decline.

Europe’s biggest carmakers are drawing on the full force of the continent’s industrial prowess to build a network of ultra-fast... Read More...