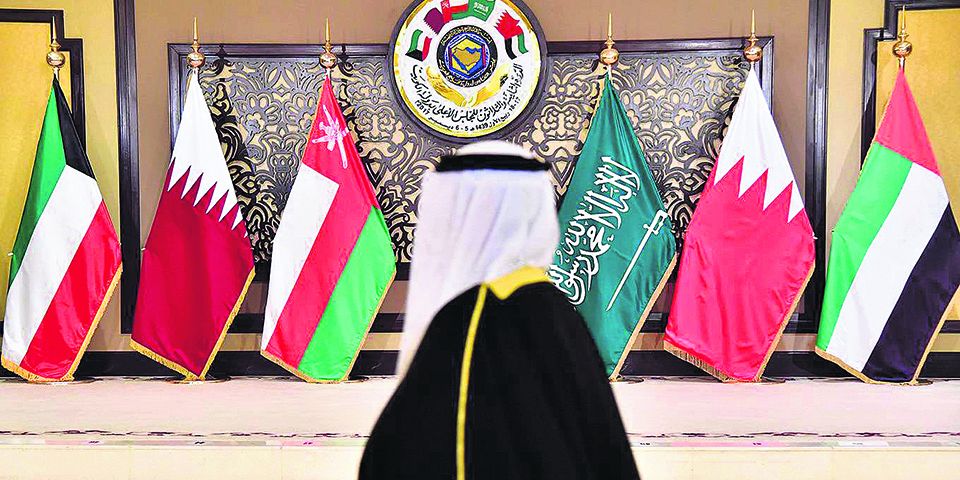 Jasmine M. El-Gamal is a non-resident senior fellow at the Atlantic Council’s Rafik Hariri Center for the Middle East.
news@myrepublica.com

For decades, the Israeli-Palestinian conflict rallied Arab countries around the common cause of supporting Palestinian statehood

BEIRUT – Historically, the task of promoting multilateralism in the Middle East has rested with two institutions: the League of Arab States, a broad alliance for collaboration on political, economic, and cultural issues, and the Gulf Cooperation Council (GCC), which deals mainly with economic matters. Despite the differences in their history, focus, and membership, both bodies were intended to serve as vehicles for ensuring Arab unity on crucial issues—such as opposing Israel—and avoiding conflict among member states.

For decades, the Israeli-Palestinian conflict rallied Arab countries around the common cause of supporting Palestinian statehood. But since the 2011 Arab Spring uprisings, three far more divisive issues have come to the fore: the perceived threat posed by Iran, the spread of regional terrorism, and the rise of political Islam (or Islamism).

These developments have ruptured traditional alliances and created much more fluid patterns of multilateral cooperation in the region. And current Western policy toward the Middle East—in  particular that of the United States—is likely to reinforce this trend.

First, Sunni Arab governments regard Iran’s regional influence and activities as a fundamental threat to their interests. The increasingly hostile rivalry between Saudi Arabia and the United Arab Emirates on the one hand, and Iran on the other, has thus eclipsed these countries’ traditional shared opposition toward Israel. Indeed, a number of Arab governments are working on an unprecedentedly close basis with Israel to address the Iranian threat. This cooperation, which had largely taken place behind the scenes, burst into the open in February 2019 at the US-led “anti-Iran” conference in Warsaw, which Israeli Prime Minister Binyamin Netanyahu hailed as a breakthrough in Arab-Israeli relations. These ties will likely grow stronger as Saudi Arabia and Iran continue their strategic competition and proxy confrontation in the region.

Second, the threat of jihadist terrorism throughout the Middle East has aggravated by the violent conflicts in Syria and Libya and has since manifested itself in multiple attacks in Egypt, Tunisia, Jordan, and other countries, has strained the Arab League and turned its member states against one another. After Libya’s then-ruler Muammar el-Qaddafi violently quelled a popular uprising in his country in early 2011, for example, the League suspended Libya from the organization and actively supported Qaddafi’s ouster by NATO and Libyan rebel forces later that year.

Soon after, Arab League members denounced Syrian President Bashar al-Assad for enabling terrorism in the region, and expelled Syria from the body. Today, the League is divided over Syria’s membership. Several Sunni Arab states are strongly opposed, arguing that Assad has allowed Iran to expand its influence in the region and empower Shia militias, such as Hezbollah in Lebanon, that pose a direct threat to their regimes. The Iraqi and Tunisian governments, however, have publicly called for Syria to be re-admitted.

Finally, the rise of political Islam in the wake of the Arab Spring—including the popular election of Islamists in countries such as Egypt and Tunisia—has reinforced regional divisions. Fearful of the Islamist surge, the authorities in Egypt, Saudi Arabia, and the UAE launched an unrelenting and coordinated effort to stem the rising influence of groups such as the Muslim Brotherhood in the region. The most dramatic example of this was the Egyptian military’s forcible overthrow in 2013 of Mohamed Morsi, a Brotherhood member who was the country’s first democratically elected president. Arab countries were divided over Morsi’s ouster, with Saudi Arabia and the UAE supporting the move and Qatar staunchly opposing it.

These three issues have not only fractured the Arab League, but also have split the economically focused GCC. Most notably, Saudi Arabia, Bahrain, the UAE, and non-GCC member Egypt have imposed a political and economic blockade on Qatar since 2017, claiming that the latter supports terrorism in the region and allows its capital, Doha, to serve as a safe haven for exiled Islamists. Qatar’s close ties with Turkey and Iran are also a source of regional tension.

The collapse of traditional multilateralism in the Middle East has coincided with a marked shift in America’s approach to the region under President Donald Trump.

His predecessor, Barack Obama, strongly favored multilateralism and coalition-building, which enabled the 2015 Iran nuclear deal and the earlier NATO-led military intervention in Libya. Trump, by contrast, proudly proclaims his disdain for multilateral institutions and prefers to deal with like-minded partners (as well as adversaries) on a bilateral basis. Furthermore, his staunch opposition to Iran has led him to align the US fully with the anti-Iran bloc in the region.

The Trump administration’s approach makes it all the more likely that Arab governments will continue cooperating with specific regional allies on key issues rather than trying to reach a broader consensus within the Arab League and the GCC. And the prospects for Arab unity, already slim, will fade even further.

This article is part of a joint initiative of the Körber-Stiftung and the Munich Security Conference on the future of multilateralism, multilateral best practices, and regional perspectives on multilateral cooperation. Starting September 19, the full project will be available for download at www.munich-young-leaders.org.

Jasmine M. El-Gamal is a non-resident senior fellow at the Atlantic Council’s Rafik Hariri Center for the Middle East.

Trump: Woman who accused him of sexual assault not his type