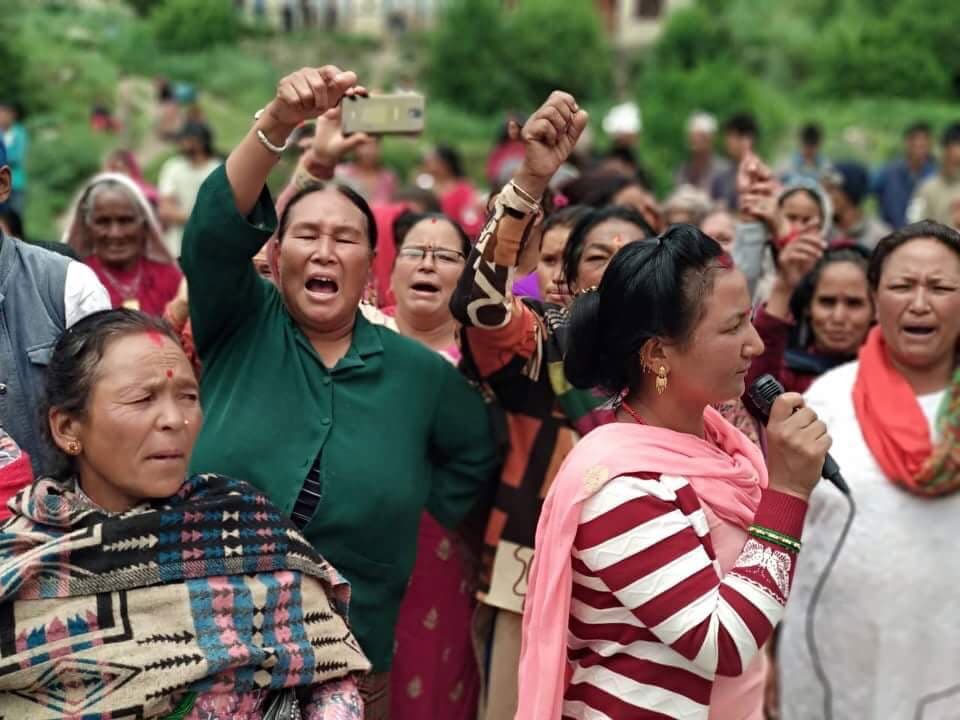 JUMLA, July23: A police team led by DIG Surendra Bikram Shah has reached Jumla to investigate the incident that occurred when Dr. Govinda KC, who was on a fast unto death at Karnali Academy of Health Sciences, was taken to Kathmandu by force.

Doctors and nurses from the hospitals have called for an impartial investigation and punishment into the case and bring the wrongdoer to book.

Locals have insisted that the lawbreakers involved in the incident be penalized as it took place inside a sensitive area like hospital. But, Police have refuted the locals' claim of using guns.

More than two dozen hospital staffers including three police officials were injured during the clash between the demonstrators and the police.

A police official sustained critical injury from bullets fired alleged by the police and has been taken to Kathmandu for treatment.

Physical structures of the hospital have been badly damaged in the incident.

JUMLA, July 16: The health condition of Senor Orthopedic Surgeon Professor Dr Govinda KC, who has been on a fast-unto-death... Read More...