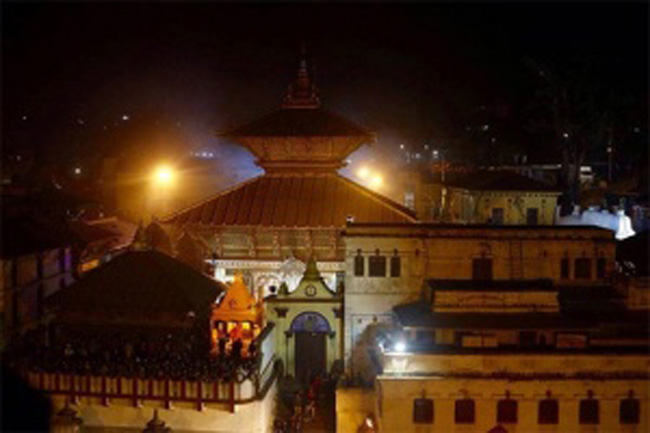 Modi, who embarked on his third visit to Nepal yesterday from Janakpur has been visiting religious sites of the country. “I have not come here as a prime minister. Instead, I have come as a prime religious pilgrim,” he had said at Janakpur yesterday.

“Without Nepal, even Lord Ram would have been incomplete,” Modi had said as he lauded historical and religious ties with Nepal.

At Pashupatinath, the Indian prime minister will perform another puja. Yesterday, he received civic felicitation at Janakupr and was conferred with Guard of Honor upon arrival in Kathmandu. The Kathmandu metropolitan city will provide another civic felicitation today at City Hall.

With Modi visiting religious sites, tourism entrepreneurs are hopeful that the Prime Minister’s stint would entice Indian tourists to reach religious sites in Nepal and boost the country’s tourism industry.

KATHMANDU, May 11: Indian Prime Minister Narendra Modi, who is on a two day official visit to Nepal at the... Read More...

KMC to run free ambulance service during Dashain
15 minutes ago