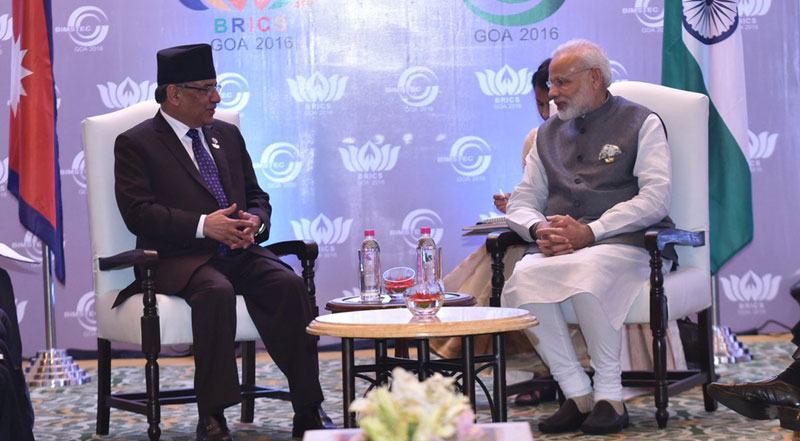 Minister for Foreign Affairs Dr Prakash Sharan Mahat informed that the meeting was held delaying the scheduled time as the BRICS-BIMSTEC Outreach Summit was extended for some hours. During the meeting, the discussion was on held on the implementation of the agreements made during the State visit of PM Dahal to India.

According to him, the bilateral meet also focused on making the Foreign Ministerial mechanism more active.

PM Dahal stressed on solving the problems of anti-dumping. He also informed the Indian PM that efforts were on to take on board the groups dissatisfied with some contents of the constitution.

On the occasion, Indian PM Modi said the bilateral agreements would be implemented. He also expressed belief that the bilateral Nepal would be successful to keep board all sides together relating to the constitution.

Similarly, India's Minister for External Affairs, Sushma Swaraj, Indian Ambassador to Nepal, Ranajit Rae, and high level officials from the Ministry of External Affairs were present during the meeting.