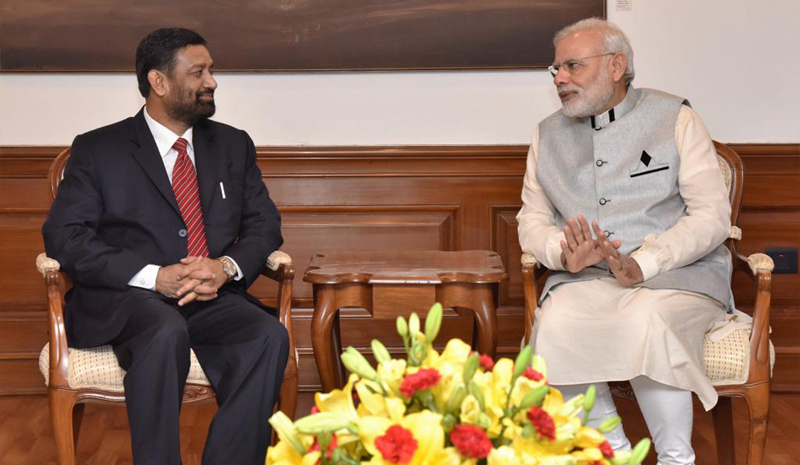 The date for the bilateral talks between the two leaders was fixed during a meeting between Deputy Prime Minister (DPM) Bimalendra Nidhi and Indian PM Modi at Haidarabad House yesterday. DPM Nidhi is currently on India visit as a special envoy of PM Dahal.

Talking to BBC Nepali service following his meeting with Modi, Nidhi said that the prime ministers of the two countries will meet in mid-September in New Delhi.

According to Nidhi, Indian President Pranab Mukherjee will visit Nepal following Dahal's India tour. And only after Mukherjee's Nepal visit, Nepal's President Bidhya Devi Bhandari will embark on her first India visit after becoming the president.

"I have also invited PM Modi to come to Nepal on a cultural visit where he could tour religious places like Janakpur, Lumbini and Muktinath. He has shown interest in a trip to Muktinath," said Nidhi

The meeting between Nidhi and PM Modi was mostly centered on Nepal's new Constitution and its amendment. "The government is committed to holding all three levels of elections by mid- January 2018. By that time, the concerns of all sides will be addressed and the constitution will be implemented," said Nidhi.

India has promised to support the process of constitution amendment in order to address the demands of all sides.

In the agreement reached with the Madhesi Front in the run up to the formation of the new government, it has been mentioned that the demands of Madhesis will be addressed by amending the constitution.