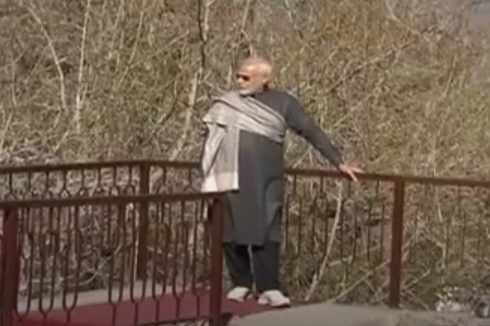 KATHMANDU, May 11: Indian Prime Minister Narendra Modi, who is on a two day official visit to Nepal at the invitation of Prime Minister KP Sharma Oli, has landed in Jomsom.

Modi landed at the helipad situated 300 meters to the east of Muktinath Temple.  Modi has entered the temple to pay homage amid tight security arrangement where both the Hindu and Buddhist priests are performing prayers at the temple. Modi is offering a 25-minute long special puja at the Temple.

Nepali journalists are not allowed to go near the temple by the accompanying security forces.

According to our district reporter Sushil Thakali, the security has been beefed up in Jomsom and the locals clad in traditional attire welcomed Prime Minister Modi.

The weather is clear.