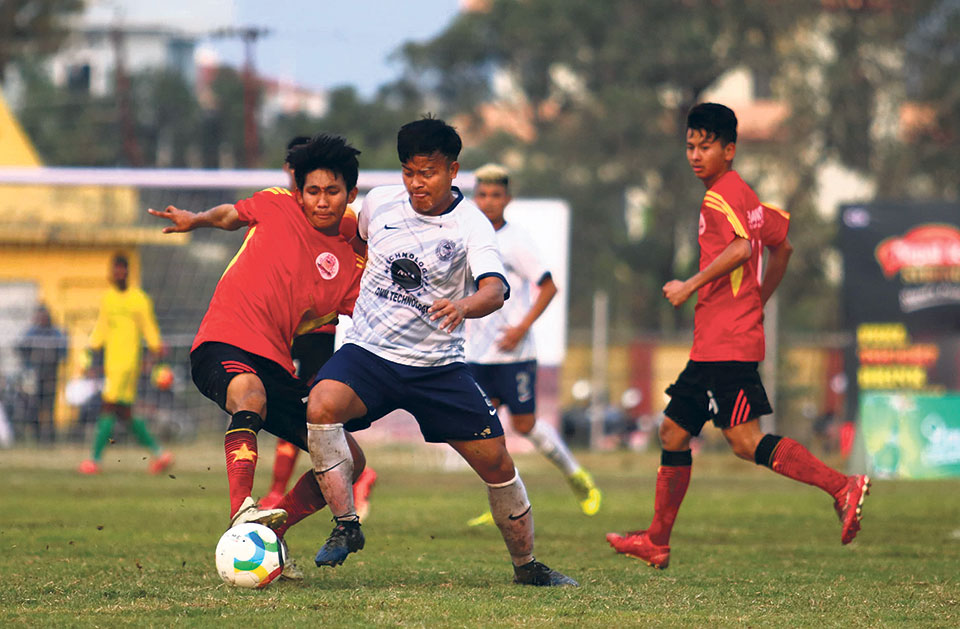 The regulation time was set for 70 minutes in the game and it went to the shootouts after the game finished in a goalless draw. The game was shortened after the game could not be played in the scheduled 2 pm kick-off.

The game was an one-sided affair in the favor of Kanchenjunga, but it could not score in the regulation time.

Thakuri got a chance to score in the 11th minute, but his shot from the edge of the box was saved by the Bagmati goalkeeper Kushal Gaire. It then missed a chance two minutes later as Abhishek Dorje’s header from inside the box went over the bar.

Sherpa then hit a shot which struck the woodwork in the 19th minute.

Dorje hit a free-kick in the 30th minute, which was scored by Anish Rai. But, the officials ruled it out for offside.

Ram Rai had another chance to get a goal, but his effort was saved by the Bagmati keeper Gaire in the second half.

Kanchenjunga’s keeper Singh was named the man of the match and was rewarded with Rs 10,000.

A-Division League outfits New Road Team and Armed Police Force Club will take on each other on Friday.

A total of 12 teams from Nepal and India are taking part in the tournament, which runs till March 3.

Likewise, the man of the match of every game will receive Rs 10,000 each.

Foreign envoys and diplomats taking part in ‘hiking’
6 hours ago