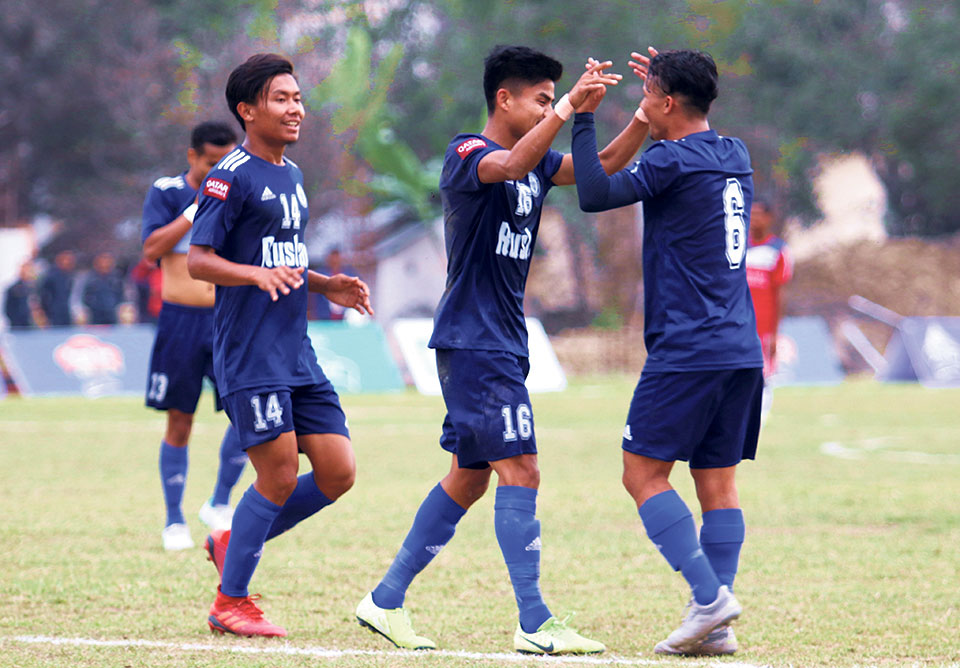 Sanjok Rai opened the lead in the 80th minute and Ashish Rai sealed the game two minutes later at the Dhangadhi Stadium to send the Satashi Gold Cup runner-up to the last four.

Three Star will face the winner between Himalayan Sherpa Club and Gorkha Boys who will battle in Friday's quarterfinals.

Three Star arrived in Dhangadhi after a tiring 26-hour long travel from Jhapa, but in the field, it led the attacking despite not having adequate rest.

Ashish had almost given Three Star the lead in the 22nd minute when he utilized a pass from Ashok Khawas but his shot went wide.

Janajagriti had an opportunity to take the lead four minutes later from the counter attack. But goalkeeper Purna Chemjong blocked the attempt from Kripo Chudhary.

But Three Star came to life in the final minutes when Sanjok beautifully placed a pass from Nishan Khadka into the net.

But Meghraj KC’s side was not done yet. Two minutes later Ashish doubled the lead with a header sending them to the semis.

Three Star went for more in the 86th minute as Sushil Rai tried his luck from a pass from Ashish but Janajagriti goalie Dil Mani Chaudhary blocked the shot to deny the National League candidate from scoring another goal.

Three Star coach KC was concerned about the hectic schedule and said long travel affected his team’s performance despite the win.

“Our players were tired after a long journey. They could not play very well. Midfielders were not at their best but Janajagriti’s youth players gave a good fight.”

He also hoped his side can play an improved performance in the semifinal.

A total of 12 teams from Nepal and neighbor India have participated in the tournament, which will run till March 3.