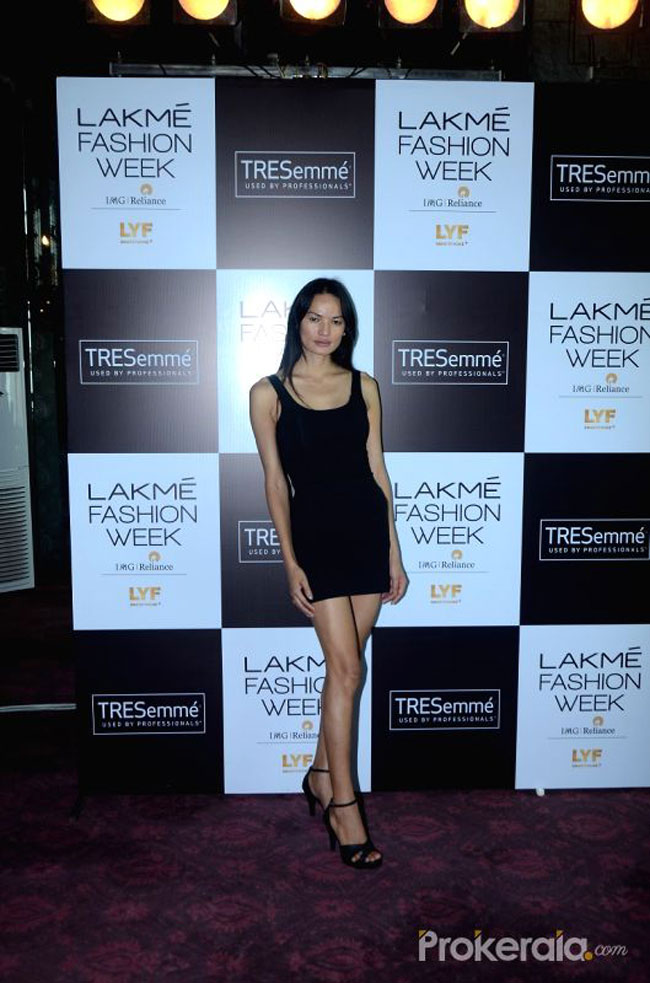 NEW DELHI, DEC 24: Her struggle has been documented in "Anjali -- Living Inside Someone Else's Skin", a film based on transsexual lives. She has also made a name for herself in the Nepali fashion industry.

Anjali Lama, who got her sex changed, says the issue of transgenders is a "scorching topic" globally.

"Transgenders being 'T' of LGBTQ are undoubtedly a scorching topic in the global context. India too has not been untouched by this debate. There has been a continuous effort to bring in transgenders to the forefront and give them their due respect for their work," she told IANS in an email interview from Mumbai.

"Except for a few, Indians are far more broad minded and receptive to witness this inclusivity constructively," Lama, whose father is a farmer, said. She has four brothers.

Lama is probably the first Nepali transgender model who has done well in the Nepali fashion industry. She was born in Nuwakot as a boy and was named Nabin Wabia. She changed her gender and became a woman once she moved to Kathmandu in 2010 for her higher studies.

Lama has recently been chosen to walk the ramp for Lakme Fashion Week (LFW) Summer/Resort 2017 to be held in the first week of February at JioGarden, Bandra-Kurla Complex in Mumbai.

"I am continuously trying to change the overall self-evaluation criteria of individuals like me in my community. I want to tell them to build their abilities, harness their energy, focus their aim and then work towards it without thinking a moment about hardships and challenges in the outside world."

She said she has always "listened to my heart and would request everyone to do the same," adding that she owed a lot to her community for her success.

Immensely inspired by her mother, she feels that fame not only changes the perception of people around you but also gives recognition to your voice.

"I think fame and hard work go hand-in-hand. When your hard work fetches fame for you, you must work even harder to retain and nurture it. I certainly believe that fame changes the perception and your voice finds a recognition in the clutter," the 32- year-old Lama said.

Fame, she says, "shouts out loud and brings in respect and appreciation for you."

About the fashion industry helping people like her, she say: "The entire industry has a big global influence in a positive way. This, entwined with creative freedom and a strong self-expression, makes the industry all encompassing. India is little more developed in this area. People here are by and large helpful."

She says that because of this helful attitude, it "triggered" her decision to come to India and explore more opportunities. "Fashion is a strong subject and it has the possibility to turnaround the overall environment and psychology of even the most rigid minds," said Lama who also recalled how the most disturbing thing to accept during the initial days of her career was the rejection she faced because of being a 'transgender'.

However, she feels, that change is already happening.

"I credit education for this favourable change. People are moving out of their shells, breaking the taboo and talking about things which never happened earlier. Also, I certainly believe that fashion and media are the vehicles for this (change)," she said.

Lama now plans to settle in Mumbai as she feels that the city has given her hope and showered love on here in the most profuse way possible.

NEW DELHI, Feb 3:  It was her big moment. Anjali Lama sashayed down the catwalk in the swanky Mumbai auditorium. A... Read More...