In defense of social media regulation 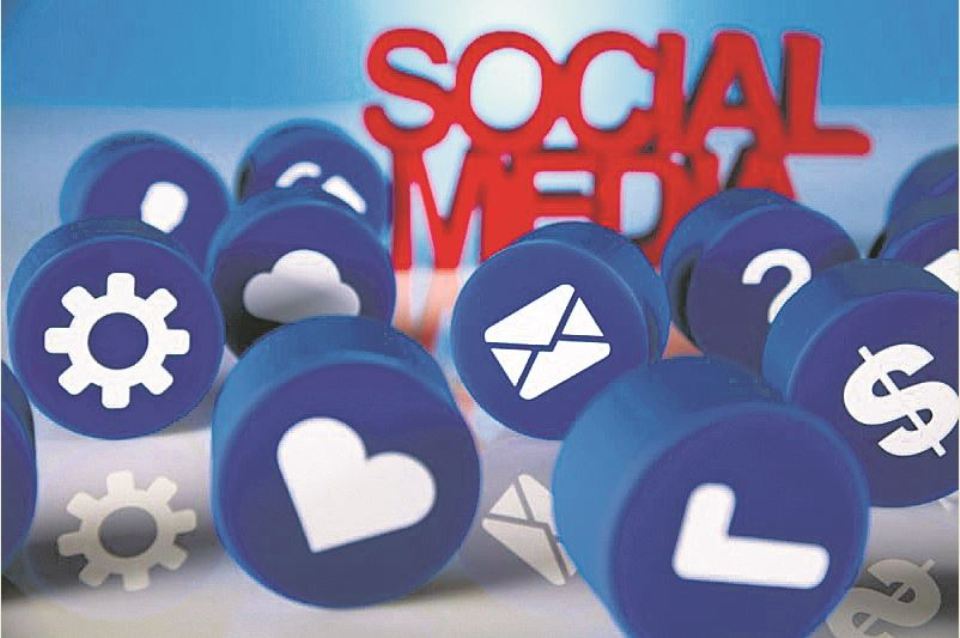 If we do not intend to defame others by using social media we need not worry about the punishment provision in IT Bill. Are we protesting because we want to post defaming contents in the future?

Our socio-political situation always and noticeably remits one or another controversial issue to the people, who love to engage in an endless debate. MCC was the talk of the town, and still is. The proposed bill on information technology—mentioned as IT Bill—has hogged the media space and engaged the mass at mammoth scale. The provision that states anyone posting defamatory, blasphemous and disrespectfully vulgar or profane remarks against somebody on and through social media will be sentenced up to five year and fined up to one and half million rupees is the subject of intense criticism.

Mid-twentieth Western philosophy of ‘deconstructionism’ and ‘post-modernism’ propounded by Jacques Derrida and Jean Francois Lyotard respectively is popular among many in the world. They oriented people that questioning is also constructing new thing; and by not accepting any thing as it is, everything should be objected more or less. Our society seems to be surfing with the same notion.

Some hardcore analysts and activists are vehemently opposing the provisioned penalty scheme. But this protest and objection holds no ground. I would say such a provision should be welcomed.

Social media are the first and most popular information outlets for the masses. Various reports show Facebook has four billion active users and Twitter half this number globally. Approximately 10 million plus people use Facebook in Nepal and more than this number use You Tube. These sites offer easy, cheap, and convenient way-out for views and ideas, right to speech and expression. Mainstream media like radio, print and television are being ceremonial these days. As per the report from International Association for Media Research and Communication, the people who can flow their views through radio, print or television having nation-wide coverage and circulation is proportioned as one in hundred thousand or even less. Todd Gitlin in Media Unlimited gracefully concludes that print media will die by 2025 whereas the time of TV seems to have already faded out. Even print volume of famous American newspaper The New York Times and The Telegraph of Britain is decreasing, by 50 percent, in recent decade, according to the reports. Social media, on the other hand, are expanding increasingly across the world. And what have become of social media?

P W Singer and Emerson Brooking in their book Like War: The Weaponization of Social Media suggest that social media is the weapon for fight. There have been paradigm shift and profound flux on nature and feature of war. Cyber battles are rife and becoming challenging. Instead of commanding medal and awards, now, the mass attention is driven to horde many likes, comments and followers. Wars will be waged on social media/s wall than on fort and ground. Deciphering power and resisting it also takes shape on the same front. Hence, a phrase ‘keyboard warrior’ has been fairly accepted in military and academic discourse. Warfare has etiquette and codes. Medias too do have the same. Social media are being an advanced merger and motley of both battleground and media portal. Hence, it definitely ought to be monitored.

Making defaming, derogatory and offensive expression against others is never an excusable act. It should be mercilessly penalized at the highest extent. Social media are public outlet and doing so publicly should be punishable. It hurts self-esteem and dignity of the person being roasted, sends wrong message, misinforms the masses and promotes severe cyber felony. Such acts should be ruthlessly restricted. Even the UK, the honored motherland for democracy, has Harassment Act 1997 which has the provision for 15 year sentence and/or five thousand pound penalty on such defamatory and disparaging postings on social media.

No one is prohibited to systematically and soberly present ideas or views. But the society should not be left in unbridled vulgarity and mortifying or humiliating romanticization in the name of right to expression. Every act has to adhere to basic decorum and decency. It is perhaps for this reason that phrases like netiquette (etiquette for using net) and netizen (like citizen to city dwellers, netizen to net dwellers) have been lexicalized.

Punishing the offensive action is one of highly desirable performances in a democracy. Hence, the government should sternly sentence those who indulge in such offense and the rest have to support the government. Even the victimized should be compensated from the perpetrator. Loss of one’s identity, prestige and image can be costly for an individual.

Defamatory and offensive posts cultivate wrong cultures and spoil societal fraternity. Victims inhibit the feeling of revenge. It perceptibly upends the graph of criminal conducts. If government fails to prevent such acts effectively, victims will feel that there is no government. It fuels anger.

Many have opposed the fine and sentence by saying that such rigid restriction is aimed at stopping sarcastic posts against the political leaders and the government.

But as we have seen people make obnoxiously objectionable views on religion, language, dress, culture and/or personal life. There is robust rise of social media misusers in depraved quest of defaming others. Psycho-social erosion and destruction resulted from this will be many fold devastating than anything else. If someone has never thought of misusing it, why should they worry? Why should we worry at all? Are we protesting because we want to post the defaming contents on the wall in the future?

German philosopher Immanuel Kant says knowledge formulation takes place in two distinct mechanisms: a-priori (from insight, an automatic intuition without any experience) and post-priori (from hindsight, based on observation or experience).

We should have demonstrated insight in support of punishment for those who misuse social media. But we are standing against it. Defamatory and offensive posts should be punished sans leniency. Rule of law is what we all want. Let’s all be lawful.

Why IT Bill must not be passed

The government, which has been receiving widespread criticisms over a number of flawed bills that it introduced in the parliament... Read More...

Some lawmakers want terms and conditions of MCC agreement re-negotiated before endorsing it through parliament ... Read More...

Nepse inches up 4.97 points, while daily turnover amount dips to Rs 1.76 billion on Wednesday
53 minutes ago