Are all PhDs worth? 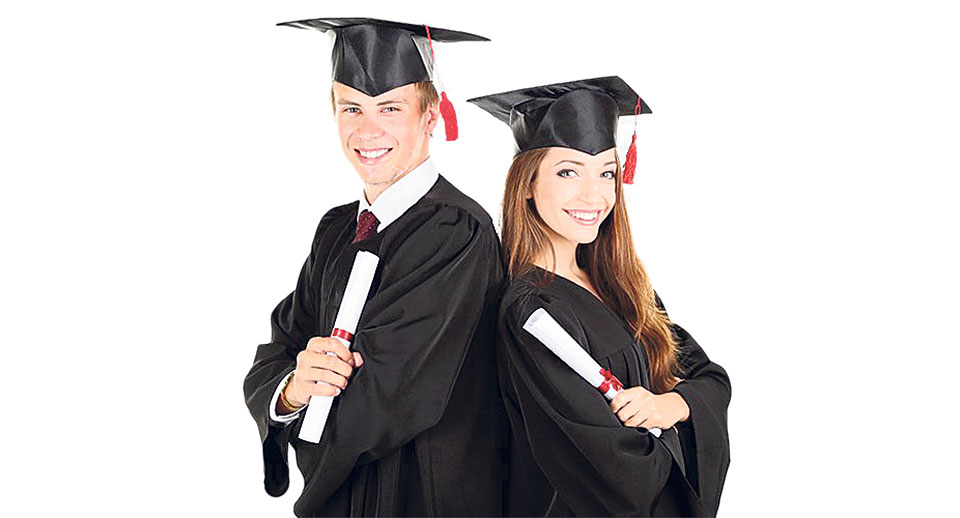 PhD (Doctor of Philosophy) is officially the top-most merit, globally.  Its awardees are considered to possess the highest form of knowledge, conscientiousness and intuition. Their studies, research, and recommendations are thought worthy to contribute exponentially for social change. Thus, naturally people’s desire for such prestigious and esteemed degree is high. No wonder, the number of PhD holders is rising.

Rapid rise
According to Nepal PhD Association, number of PhD awardees is approximately 5000 in Nepal. Mohan Jha is thought to be the first ever PhD. Currently five universities in Nepal offer PhD studies. Some Engineering and Medical Science Institutes also confer the awards. There are many pursuing PhD in foreign universities as well.

PhDs are considered as experts in respective branches of human knowledge. But are they delivering and contributing to the society as expected? Are degrees really worth?

Many are flocking to foreign lands to earn PhD. They enroll in reputed universities, receive fellowship, stay there for fulltime study and earn the degree.  But there have also been trends of people forwarding PhD proposal to universities, some of which do not exist even in Google, in neighboring India. They do not have to study nor do researches but few months later, they are PhDs!

Many PhD graduates have worrisomely failed to uphold the dignity of degree. Perhaps realizing this trend, University Grant Commission, in 2015, revised the fellowship policy to offer grant only to the proposals registered in the universities inside Nepal, evidently excluding registrations in foreign universities.

Three types
All the PhDs till date can be roughly regrouped into three categories. First, they earn it with rigorous studies, dedicated research, and regular publication. They regularly bring out innovative ideas for noble cause of the country. Most earn dignified life in home and aboard. For them PhD is a life-time accomplishment. Others also regard them as sky of knowledge, insight and consciousness.

Second type of PhDs is what I would like to call purchased PhDs. They purchase the dissertations from ‘here we write dissertations for PhD’ outlets and use this degree to secure promotion. Regretful to say, they even forget the title of their dissertation later.

Third category is related to PhD taken from neighboring country. Some self-proclaimed highly circulated broadsheets publish advertisement as PhDs at Koteshwor or Bagbazar or so on as if it is an open ground concert. Sometimes back, they would frequently publish awkward blurbs stating famous astrologer from India in town to shape and shine your future urging public to visit them to ensure better future. Such advertisements provide the way for earner of third category PhD. Most of second and third category awards, obviously, are purchased, not pursued. They may even be smuggled illicitly.

Most founders of private educational houses in the city are permanent employees in TU. But majority of them have earned PhD from various universities in India and many are in the process of doing so. Top-heads from other relatively renowned educational institutes are racing to Schengen nations like Norway, Denmark and Poland and so on for the same mission.

Many of them stay in Nepal but why cannot they earn PhD degrees from Nepali universities? Ask them and they will say: Universities  here trouble researchers, require them to do substantial research publication before the proposal registration, obligate them for regular progress report submissions, ask them for intermittent mid-term presentations, have to sit for many rounds of supervisor consultation, face a jumbo jury in defense and so on.

Pre-submission defense before final defense on ultimate submission is a must. Those researchers here need to undergo many rounds of revision and rectification under about one and half dozen experts engaged in various layers of scrutiny.

But, those seeking easy route consider these quality assurance mechanisms as irritatingly baseless burden. Then they say the universities abroad are much better. But a pressing question is how come they, who were repeatedly rejected here or had understandably measurable incapacity to prove qualified for ‘low-graded’ universities in home, qualify for award from the so-called standard universities in the neighborhood? Do they improve themselves overnight? Or, are those universities adapting with pseudo researchers’ convenience and needs compromising academic merit?

Knowledge, besides studies, benefits only if you are devoted into writing for public extension. But, most awardees disappear ever. Many do not contribute anything constructive into academic landscape. Researchers themselves should be researched again.

All regulatory bodies should monitor then investigate those doubtfully imported or tactfully purchased PhDs. PhD award has to be a mission of awardees not the eccentric fashion of anyone. Import of awards has seriously sabotaged the academic strength and credentials. Universities and University Grant Commission should duly investigate it. To begin with, all the imported awards should be suspended and third category PhDs stated above must be put under serious investigation.

How should universities recruit professors?

The very idea of requiring a written qualifying exam for a PhD is by definition absurd since nobody could qualify... Read More...

This is just a story of a Ph.D. student, and now we can imagine how getting Dr. in front of... Read More...