MCC will be passed with amendment: Chairman Dahal 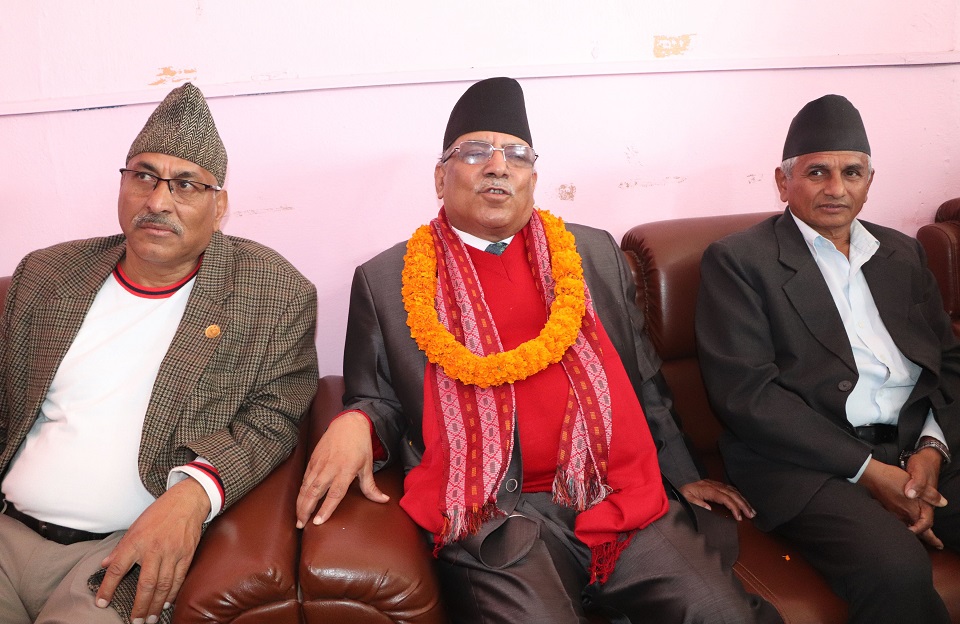 CHITWAN, Feb 22: Chairman of ruling Nepal Communist Party (NCP) Pushpa Kamal Dahal has said the Millennium Challenge Corporation (MCC) to be funded by the US government would be endorsed after making necessary amendments.

Talking to media persons in Bharatpur on Saturday, Chairman Dahal reminded that the task force formed by the party on MCC had submitted the report on it. He reiterated that it would be passed by the parliament with amendments.

"MCC is not the Bible, so it can be revised and forwarded," he argued. The Chairman further shared that he had even talked to the US government about it.

On a different note, he admitted that although the government has done some good works, the bad works have eclipsed these. "Proper review would be held on it."

Chairman Dahal made it clear that there is no internal dispute in the party.

Earlier on Friday evening, the committee headed by former prime minister Jhalanath Khanal submitted the report to chairperson duo KP Sharma Oli and Pushpa Kamal Dahal. Arguing that the existing agreement greatly impacts on national sovereignty and the freedom of Nepal and the Nepali people, the committee has recommended to the government not to accept the $500 million US grant without changes to the grant agreement. It has suggested the government revise some ‘objectionable provisions’ of the agreement if it is to be endorsed by parliament.

NCP Chair Dahal asks party cadres not to get perturbed

Dalits should remain united for their rights: NCP Chair Dahal