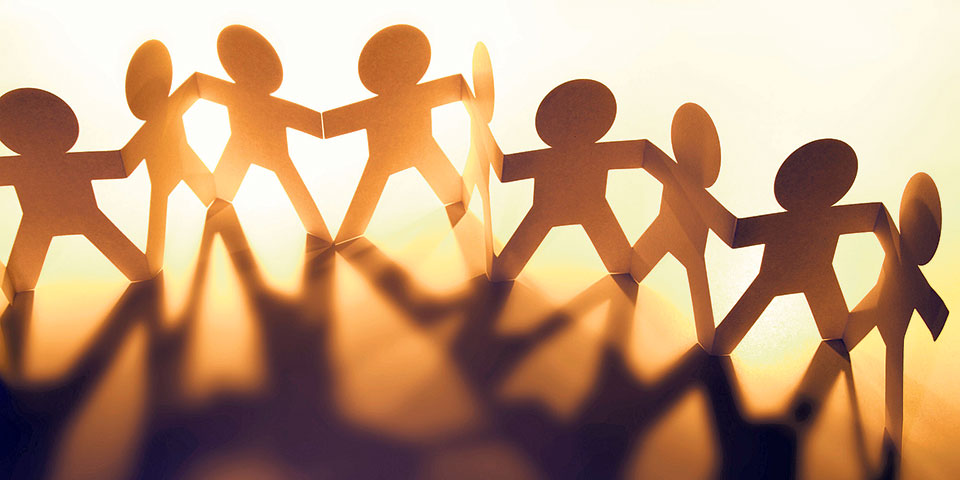 People claim that illiterates or ill-educated people can easily be persuaded with sugar-coated words. Some claim that faith is because of poverty. Because of these things gullible  people can be tapped everywhere in the globe. But it is only partially true. Even the well-educated people, rich people and the people of developed as well as developing countries are also divided by faith and prejudice.

It is a belief in Christianity that Adam and Eve were the pioneers of human beings. All other human beings are their progeny. Other religions, giving some other names or without mentioning names, describe that God created a pair of humans, male and female, and instructed them to multiply the number of humans. Nevertheless, all religions have more or less the same opinion regarding the creation and multiplication of humans.

After centuries, humans started to segregate themselves on the basis of religion and then by color, creed, ism, caste, region etc. But the segregation did not end there. Within the same religion, bifurcation continued with different logics and diverted convictions. We have read in history and also experienced in our time that humans, being the progeny of the same progenitors, keep on fighting or killing each other either in the name of religion, creed, ism, color, caste, region etc. No religion in the world teaches abhorrence against each other. Conversely, every religion teaches to love mankind. Despite this teaching, humans have split up. Not only close friends, progenitors, couples but also siblings have been seen divided in society based on each other’s faith in religion, creed, ism etc.

People claim that illiterates or ill-educated people can easily be persuaded with sugar-coated words. Some claim that faith is because of poverty. Because of these things gullible people can be tapped everywhere in the globe. But it is only partially true. Even the well-educated people, rich people and the people of developed as well as developing countries are also divided by faith and prejudice. We, especially, educated people know well that the gurus or priests have been detaching people for their self-interest. Still we feel proud hanging up to a certain faith or prejudice. Why can't people remain aloof from any of these beliefs to consider themselves as human beings?

I would like to adduce the logic over here which may be beneficial for all mankind for maintaining peace, delight and progress. Everybody in this world has siblings, friends, relatives or acquaintances. When they grow up, some may join science faculty in the college while others may join arts or commerce/management faculty. Somebody may take up technical education. Within each discipline of academia, too, there are different subjects. People studying different subjects of the same discipline or different disciplines may be friends. They sit in their respective classes in their schools. The siblings or the relatives do not fight with each other simply because one has studied one subject and the other another or one has sat in one class and the other in another. Similarly, they do not fight simply because one studies one book and another the other. No penetration or imposition is there to follow one. The same behavior applies to friends, neighbors and acquaintances. They all are happy with their own subjects.

The relatives, the siblings, the acquaintances may have some discord but not because one has not followed him or her to select subjects during his or her study. Their discord may be due to some other personal issues. They live together in harmony irrespective of their disciplines in academia, sports or some social activities.

If we all human beings consider religion, creed, socio-economic disparity, region, demography and ism are natural and if human beings heartily accept them and perceive in the inner heart that the world belongs to all with no mean sense of geographical boundary; harmonization obviously persists in the world.  If it happens, no human can be driven according to the benefit of politicians, the gurus, priests, terrorists and other selfish elements. Then only everybody can happily enjoy peace, rational development, personal advancement and the fruit of life. The world today is suffering only because we have been divided into different sects of different kinds.

Raise The Voice for Humanity

Hundreds of infants all loving we miss Pray to all from the land of peace It's a warlike, keep fraternity Raise... Read More...

It is early morning and I am writing my blog. I want to retrieve things from memory. I want to... Read More...