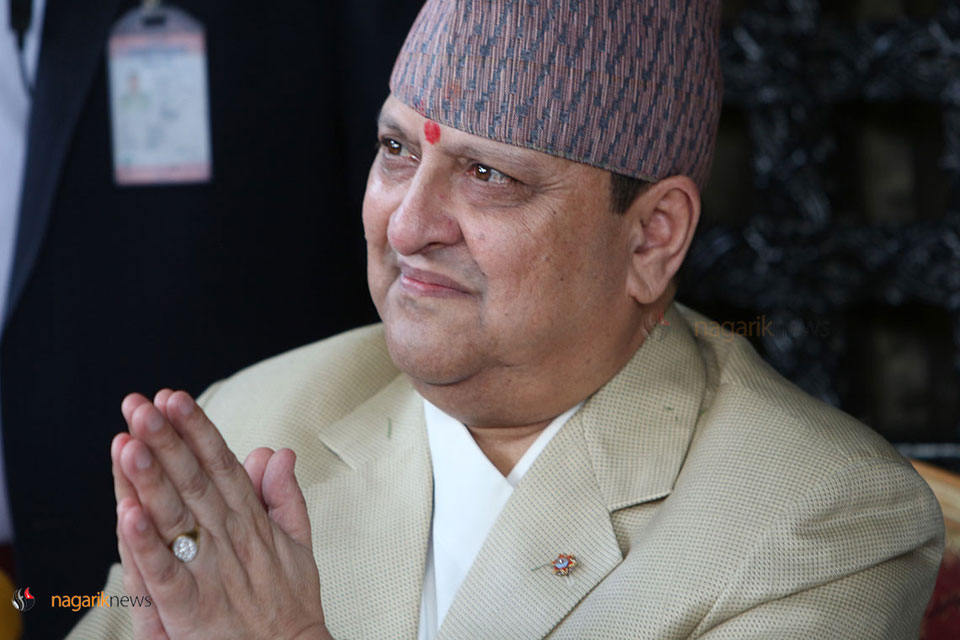 Shah’s personal secretariat said that he had left for Kolkota from Air India as a special guest.

He will lay the foundation stone of Gomata temple. A socio-cultural organisation ‘Shree Marg’ is organising the mega event to popularise Hindu rituals as well as applied spirituality. Secretary of the outfit Sibasis Satapathy said a five-day ‘Gau Biswashanti Mahajagyan’ has begun from Saturday and on the concluding day, Go Sambardhana will be offered by the former King.

“I am going on the invitation of Priest Sankaracharya and will be engaged in various religious activities and discuss on Hinduism,” Shah said adding that the discussions would consist of making Hinduism fit to modern times by simplifying the religion.”

“Hinduism is a custom and is in our roots. The leaves of trees will fall, but its roots will stay forever,” Shah said.

“While a Goshala has already started functioning in a 3.5 acre land near Rathipur, the temple is expected to be completed by early 2020. We have also launched Wow Cow Mission to revive the extinct desi cow which will further boost the economy, agriculture and nutrition. It will also help popularise the utilities of mother-cow across the globe and protect the ethnic Indian cattle varieties,” Satapathy said.

Describing about the event, a member Samir Samal said “this is a noble and sacred opportunity as the former King of Nepal will be doing Gau Pujan which will have a lasting impact. His consent to attend the event shows his love for the sacred cow.”

Odisha and Nepal share a very rich cultural bond because Lord Jagannath, the presiding deity of the State and unites the culture of both the places. There is an exquisite Jagannath temple outside the Nepal Palace where the royal family worships the Lord of the Universe.

Former Maoist rebels: Who took the cut from our salary?

Number of people joining the Maoist Center has increased: Dahal
2 hours ago
Eighth Tanahun festival to begin from January 22
3 hours ago

NC General Convention: Voting for the leadership of Bagmati Province today
4 hours ago