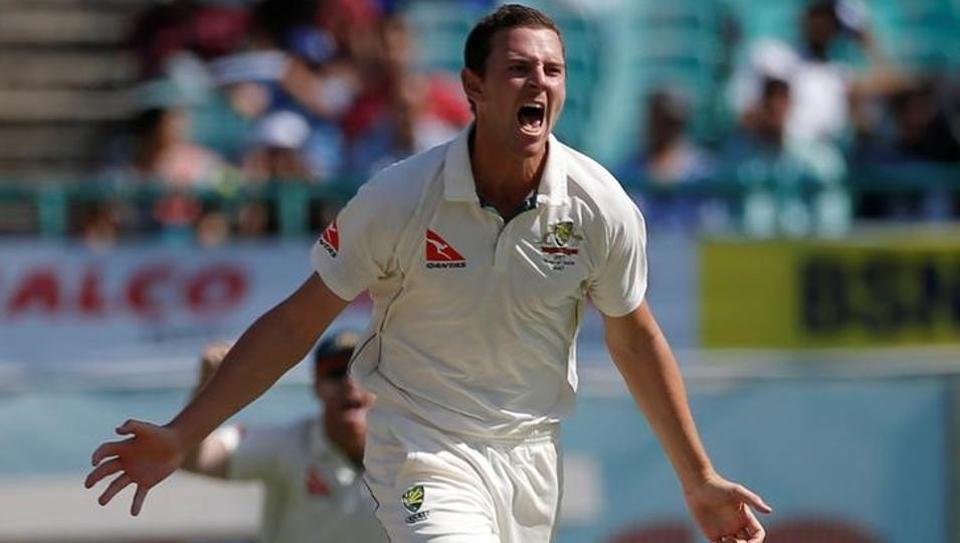 SYDNEY, Nov 10: Australia fast bowler Josh Hazlewood says he is fit and ready for the Ashes series against England after taking six wickets and coming through a Sheffield Shield match unscathed.

The 26-year-old was forced to return from Bangladesh following the first test after picking up a side strain that also ruled him out of a subsequent limited-overs tour of India.

Hazlewood showed his injury problems are behind him with a satisfying performance for New South Wales against Western Australia earlier this week and he has been taken out of the team for next week’s match against Queensland.

He will instead train as part of Australia’s test attack of Mitchell Starc, Pat Cummins and Jackson Bird at the National Cricket Centre in Brisbane to prepare for the opening Ashes test from Nov. 23.

”Things went pretty well the whole game,“ Hazlewood told reporters in Sydney on Friday. ”From ball one I was pretty surprised with how well the ball was coming out, how good the run-up felt, how good everything (was) in general.

”I‘m pretty happy with where it’s at now so I don’t think there’s a need to play another game.

“I‘m ready to go now and we obviously talk with the coaches and selectors and physios and whatnot, everyone is on the same page and ready to go.”

Fast bowler Nathan Coulter-Nile could miss the Ashes series after breaking down with another back injury.

He was expected to be among four quick bowlers selected in the hosts’ squad for the first test but has been ruled out for an indeterminate period of time.

“I feel a bit sorry for Nath, but he’s done a lot of hard work to get back from different things and I‘m sure he’ll put in the hard work again and come back from this one,” Hazlewood said.

First day-night test in New Zealand still in the dark