Guthi land in Dang changing hands with simple paper accord 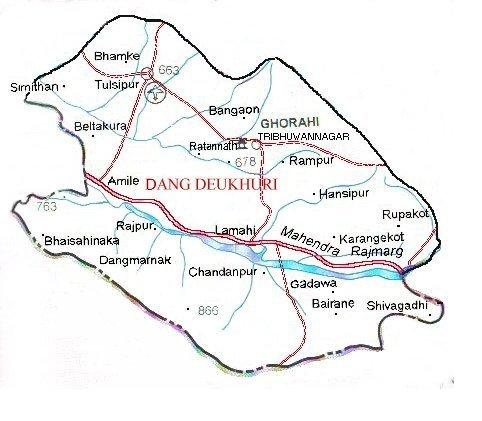 Nagarkoti signed a piece of paper that said , “I have taken a loan of Rs 500,000 and I am handing over the land I have been using as repayment to my creditor .”

In 2005, the Supreme Court banned any splitting of Guthi land, including of course land belonging Swargadwari Ashram. The law does not allow the sale of Guthi land. But a simple agreement on a piece of paper between two parties has gained currency for appropriating guthi land .

“That land belongs to Swargadwari Ashram,” a member of the ashram said. “However, a mere piece of paper has now become sufficient for the transfer of such land to private individuals.”

This modus operandi for appropriating Guthi land is rampant all across Dang district. Manoj Kumar Chaudhary of Lamahi Municipality-6 resorted to a similar step to transfer a piece of Guthi land to a private party. In his paper agreement he renounced his claim over 16.78 dhur of Swargadwari Ashram land in favor of one Jaya Laxmi Nagarkoti. Chaudhary was settling a debt of Rs 500,000 that he owed to Nagarkoti.

It is in this fashion that various individuals have been circumventing the Supreme Court order against alienating Guthi land to private parties. Most such cases involve the settling of debts between two individuals .

Dang locals have been using this approach to gain control over Guthi land and the Guthis are helpless. The locals ignore calls from the Guthis to vacate their lands. Even land that the Guthis want to use for their own needs has been found to have been sold off .

Swargadwari Ashram planned to raise a public building on its land. But when representatives of the ashram reached the site to inspect the land, they found that it had already been sold off to some individual. The ashram's Dhruba Shri repeatedly asked the buyer and the seller of the land in question to vacate the property, but in vain. In the end, it was the buyer who raised a building on the plot.

“The ashram has made several attempts to retrieve the land,” Dhraba Shri said.“We have already filed cases against five individuals who transferred the land to themselves.” He added that while these cases are still pending in court, the buyers of the land have already built houses on the Guthi land.

According to records from 1991, Swargadwari Ashram owns over 140 bigha of land in Dang which was being used by farmers. The farmers had stopped paying a share of their earnings to the ashram.

The alienation of Guthi land skyrocketed during the Maoist armed insurgency. Maoist rebels used the land as they pleased.

Over 1,400 families of Jitpursimara Sub-metropolis living as landless squatters

BIRGUNJ, March 25: More than 1,400 households of Tangiya settlement at Jitpursimara Sub-Metropolitan City in Bara district do not have... Read More...

A Dalit settlement awaits land ownership for over four decades

DIALEKH, Feb 12: It has been around 47 years since Lal Bahadur Nepali of Narayan Municipality-1, Ratimate, has been making... Read More...