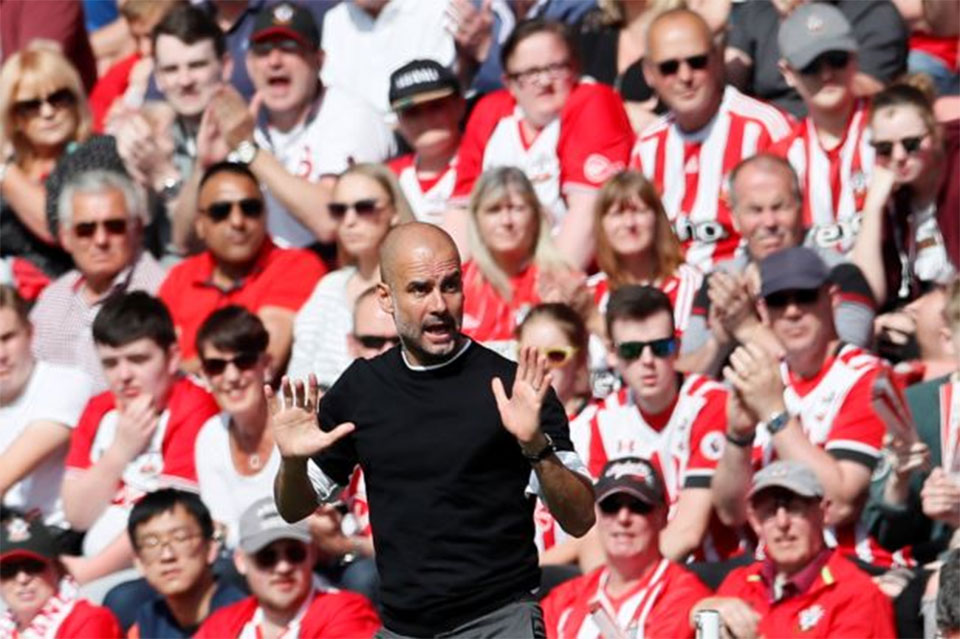 LONDON, May 18: Manchester City manager Pep Guardiola signed a contract extension with the Premier League champions on Thursday that will keep him in the job until 2021.

Spaniard Guardiola joined City in 2016 on a three-year contract and led them to the Premier League title this year, 19 points ahead of second-placed Manchester United.

City became the first top-flight club to collect 100 points in a season and broke records for goals scored in a Premier League campaign (106), the most victories and best goal difference.

“We are delighted to announce the extension of Pep’s contract through to 2021,” club chairman Khaldoon Al Mubarak said in a statement on City’s website.

“In his two seasons with us, he has fostered an incredible spirit within the squad and significantly contributed to our progress both on and off the field. In doing so he has embodied the passion and commitment we all have for the club.”

If Guardiola sees out the deal, it will represent his longest spell in charge of one club. The 47-year-old managed Barcelona from 2008-12 and spent three years in charge of Germany’s Bayern Munich before joining City.

“I am so happy and excited. It’s a pleasure to be able to work here,” said Guardiola, who was named Manager of the Year by League Managers Association on Tuesday. “As a manager, you have to feel good to be with the players - and I feel good.

“I will focus on the desire of my players to become a better team and every day that’s what I will try to do – to improve on the pitch and improve our players.”

City also won the League Cup this year, giving Guardiola a total of 23 major trophies in nine seasons as a manager, but they were knocked out of the Champions League at the quarter-final stage by Premier League rivals Liverpool.