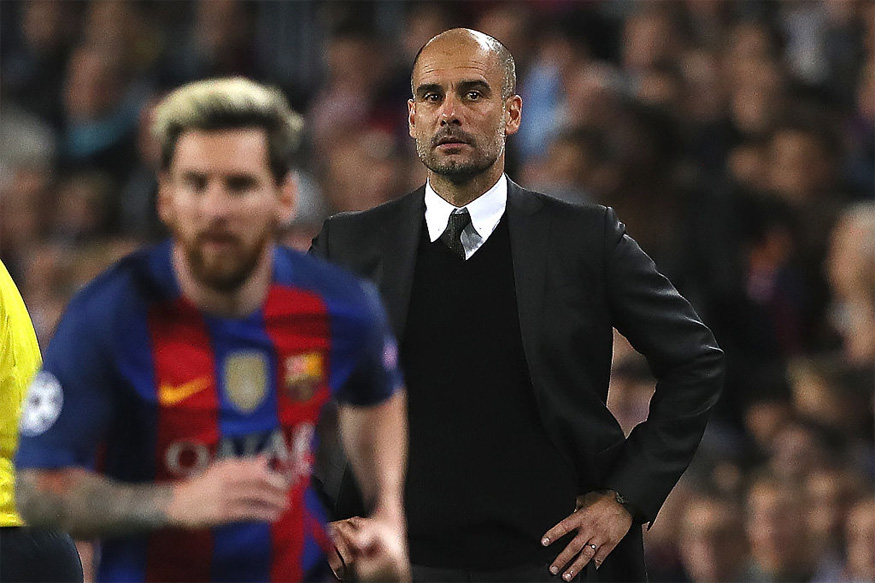 Former Barcelona captain Guardiola coached the Catalan giants between 2008 and 2012 who were spearheaded by Messi in attack. During those four seasons, Barcelona won two European Champions League and three La Liga titles.

Guardiola then moved to Bayern Munich, winning three hat-trick of Bundesliga titles and this season, he has taken the charge of Manchester City.

"City are a great team. They have been a great team every time we have faced them but now with Pep they will grow more through his work," Messi was quoted as saying by The Sun on Monday.

The former Argentina captain scored a hat-trick a fortnight ago to ruin Guardiola's first contest against his former club as City coach as Barcelona defeated the English side 4-0.

Now Tuesday sees Barcelona play the second leg in Manchester knowing a draw will all but book their place in the knockout round of the Champions League, while leaving City with a mountain to climb.

Barcelona travel without the injured defensive trio of Gerard Pique, Jordi Alba and Jeremy Mathieu (who is suspended anyhow for the game), and midfielder Andres Iniesta, who has a knee injury.

However, defensive midfielder Sergio Busquets should be fresh after being rested for the weekend 1-0 win over Granada.

"The system of Barcelona is something that everyone knows, few clubs have that, but each coach has different ideas and applies them as he sees fit," he said.

"With Luis (Enrique) maybe now we are a bit more aggressive when we attack at speed, whilst with Pep we used counterattacks less," he explained.

He said Aguero was "a very simple and easy going person, as is Luis... they are different but either of them can decide a game," he commented.

A lack of composure at both ends of the pitch is costing Manchester City points, according to their manager Pep... Read More...