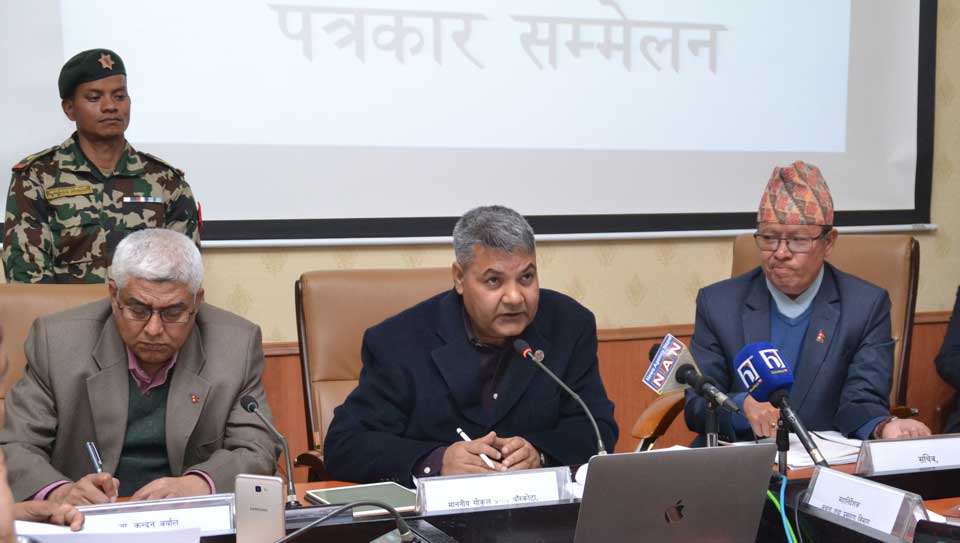 KATHMANDU, Dec 27: The government has decided to buy 300 electric buses for Kathmandu valley. Speaking at the regular weekly press meet on Thursday, Minister for Communication and Information Technology and spokesperson of government Gokul Baskota, while giving information of the cabinet decision held on December 21 and 24, said that these buses will be purchased by the government itself and will come in operation in the valley.

Minister Baskota said these buses will help in minimizing the air pollution of the valley and as well as will reduce the ongoing traffic congestion of the city. He believed that this move from the government will motivate people to use public transport and look for the options to use electric vehicles.

KATHMANDU, June 20: On December 24 last year, the council of ministers had decided to buy 300 electric buses to be... Read More...

KATHMANDU, April 3: Official records show that the government acquired with due compensation back in 1964 land measuring 114 ropani [5.8... Read More...