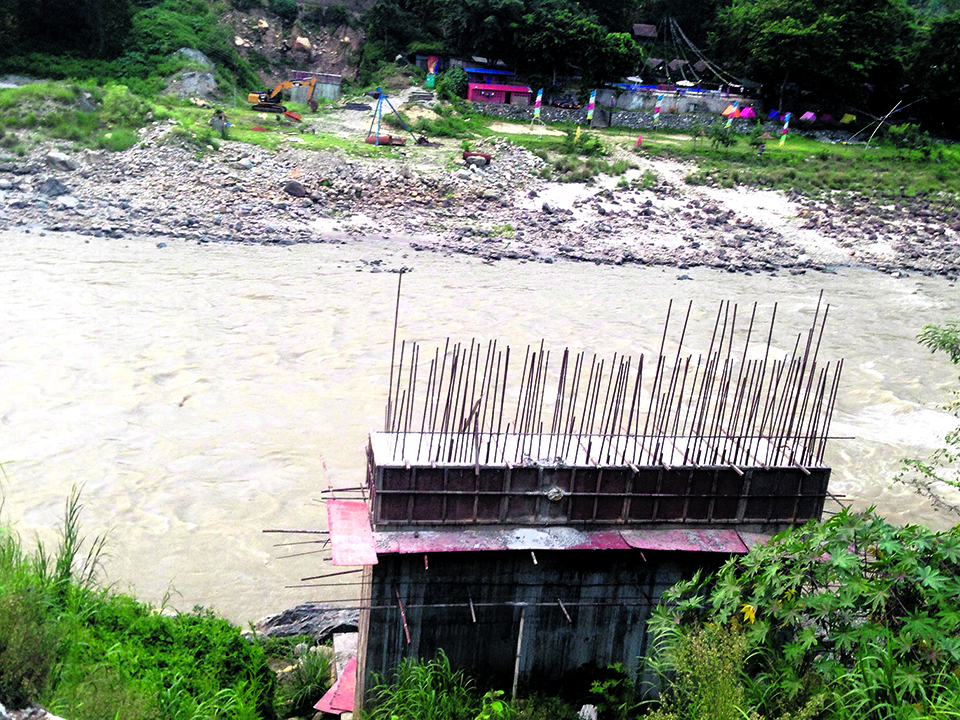 GORKHA, March 30: The government has decided to construct a Bailey bridge to help Pappu Construction, notorious for leaving many infrastructure projects incomplete, complete a bridge project across the Trishuli River,  that will join Chitwan's Ichhyakamana Rural Municipality and Gorkha's Gandaki Rural Municipality. The Ministry of Physical Infrastructure and Transport will be constructing the Bailey bridge as Pappu Construction left the concrete bridge project in limbo, citing difficulties in transporting construction materials and equipment.

The construction company has been accused of ignoring the DOR's follow-up notices, resulting in DOR's decision to temporarily freeze Rs 11.14 million of the advance payment. The local road office had proposed a plan favoring the contractor - to repay the given advance - however, the DOR, unwilling to take risk is said to have taken the aforementioned decision.

The expensive Bailey bridge is said to be reused for a nearby hydro power project in the Trishuli River upon completion of the Rs 17 million concrete bridge project.

Pappu Contruction's appeal to extend the deadline in October 2018 is yet to be approved. The DOR's decision to construct the Bailey bridge has also seen wide-spread protest. The locals of Ichhyakamana Rural Municipality and Gandaki Rural Municipality express great fear that the Bailey bridge which will allow all sorts of transportation could act as another excuse for Pappu not to construct the concrete bridge.

The story of a bridge that was never built

SIRAHA, May 6: When the then Minister for Physical Planning and Construction, Bijay Kumar Gachchhadar laid the foundation stone of... Read More...

Construction of suspension bridge in dilemma in lack of India's permission

BAITADI, Mar 25: Construction work of a suspension bridge over the Mahakali river at Pancheshwor of Baitadi district has not moved ahead... Read More...