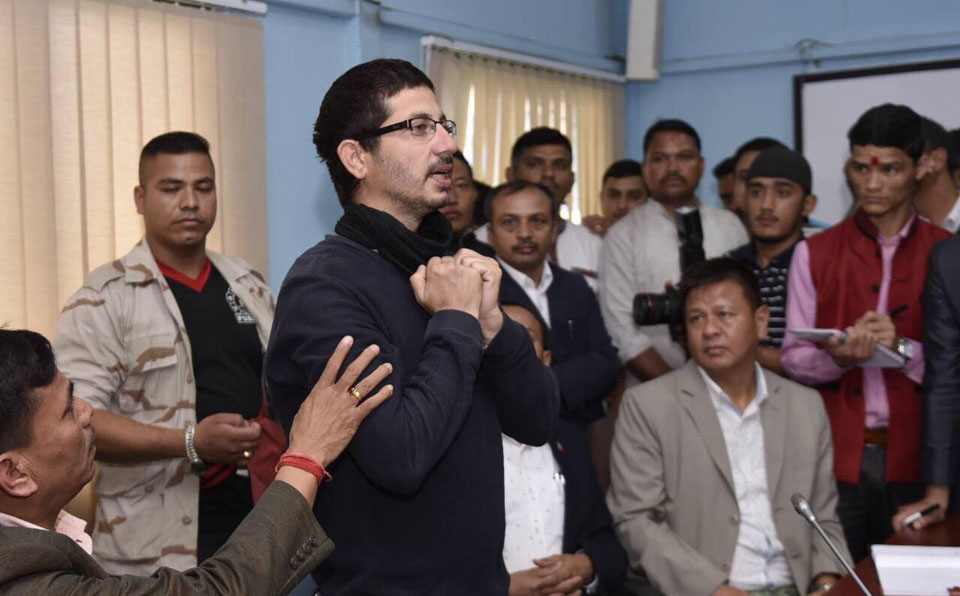 • Denied his involvement in Sanam's killing

• 500 kg of smuggled gold was taken to Khatri's chamber

• Worked as a tracker of porter transporting smuggled gold

BIRATNAGAR, May 28: Chuda Mani Upreti aka Gore, one of the main accused in the 33.5 kg gold smuggling case, has revealed that he was simply working as a tracker to monitor the 'porters' who smuggled gold for Indian businessmen.

In his 27-page statement recorded by Morang District Court, Gore, who has also been accused of masterminding the murder of Sanam Shakya, one of the 'porters', denied his involvement in the scam and the killing. Instead, he blamed Senior Superintendent of Police (SSP) Shyam Khatri, who is currently absconding, of being one of the main local agents in the scam.

“I don't know who was sending the gold from Dubai. However, after the gold was lost, I was made the scapegoat. So I started investigating into the matter,” Gore reportedly said, adding, “The gold used to go directly to the chamber of SSP Khatri.”

He further claimed that SSP Khatri used to charge Rs 50,000 per kg for clearing the smuggled gold from Tribhuvan International Airport (TIA), where Khatri used to work as chief of the police.

Gore also mentioned that 400-500 kg gold has been smuggled into the country through the involvement of Khatri. Likewise, Gore has also accused Tsering Waleng Ghale as another main person behind the gold smuggling.

According to the court statement, Gore stated that he got into the smuggling business after being influenced by Ghale.

The three methods of smuggling

In his four-day long interrogation by the district court, Gore has revealed that he adopted three different tactics to smuggle gold into the country. According to him, the first method was to bring the gold via Fly Dubai Airlines, store it at Khatri's chamber at the airport and then transport it away.

Gore said that the second method was to give the gold to trusted passengers, let them take it till the pickup vehicle, and direct the vehicle into the garage, by bypassing the security checks.

Another method, according to him, was to fix a separate ladder at Thai Airway's plane and smuggle it by avoiding formal channel of security check. Gore mentioned that 12 bars of gold weighing 2.6 kg each could be hidden in the ladder.

Following the completion of the four-day long interrogation on Sunday, the district court has started preliminary hearing over the infamous scam. A bench led by Judge Narayan Prasad Sharma is conducting the hearing into the matter.

The bench has ordered judicial custody for Gore as per Prevention of Organized Crime Act 2013 and Section 2 of the Civil Code.

A special probe committee formed under Ishwar Raj Paudel, joint secretary at the Ministry of Home Affairs, had arrested Gore from Kathmandu on May 22. He was then taken to the Morang District Court for trail, where the case had been filed against 63 individuals including him.

LAHAN, April 6 Police took into custody three individuals here including a woman Wednesday on suspicion of involvement in the  buying... Read More...