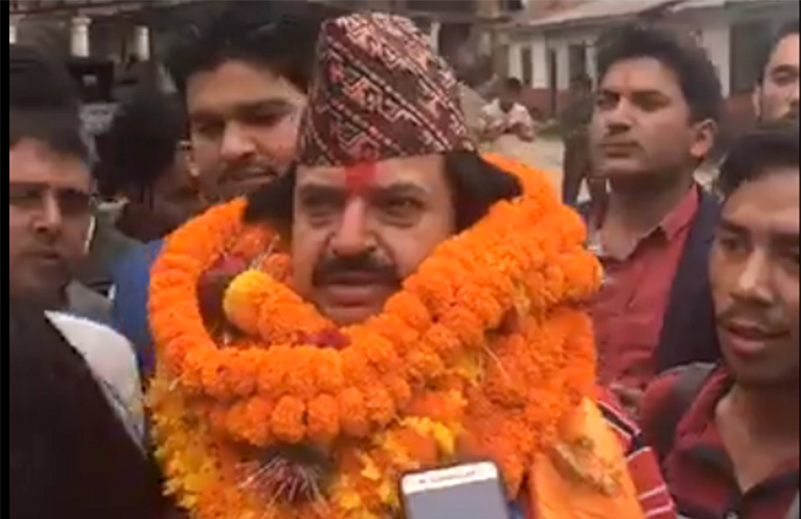 KATHMANDU, May 28: Murder convict Bal Krishna Dhungel along with 816 jailbirds walked free after receiving Presidential Pardon by Bidhya Devi Bhandari on the 11th Republic Day of the country.

Dhungel along with other inmates were recommended by the government for a pardon for ‘good behavior’ during their time in prison by stepping on the article 276 of Constitution of Nepal.

KATHMANDU, May 28: Amid protest from the public and various human rights organizations, murder-convict Bal Krishna Dhungel has been granted... Read More...

Journalists urged to comment abiding by election code of conduct

KATHMANDU, May 11: Nepal Press Council (NPC) has urged all the journalists to voice their opinion or comments in moderation... Read More...