Deuba leans on EC to relax election code of conduct 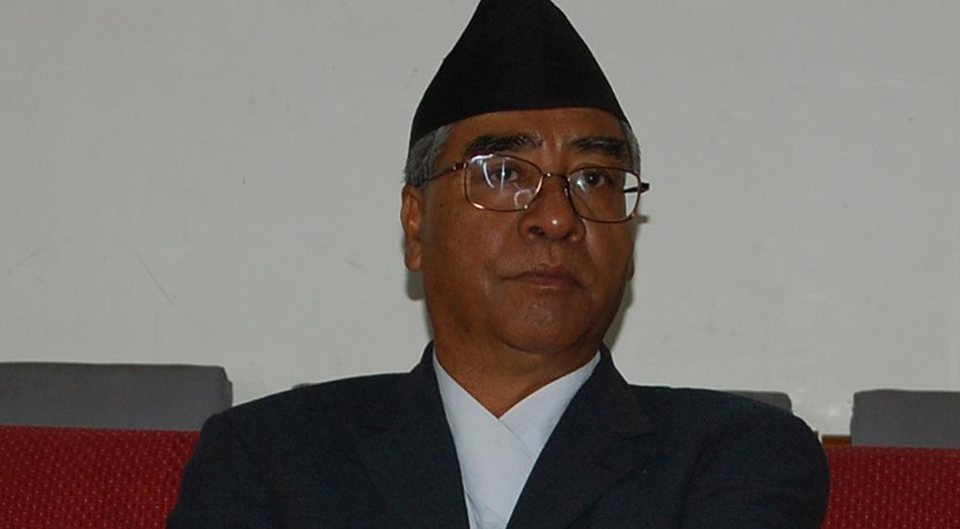 KATHMANDU, Sept 9: Dissatisfied with the ‘strict election code of conduct’ Prime Minister Sher Bahadur Deuba and members of his cabinet  have asked the election commissioners to relax the code.

The request comes at a time when the third round of elections is just 10 days away and crucial provincial and parliamentary elections are also approaching.

The election body is just  preparing to publicize the election calendar for  the provincial and parliamentary elections scheduled for November 26 and December 7.

At the meeting, PM Deuba urged them to reconsider the ‘tough election code’, arguing that the entire work related to the rehabilitation of flood victims, post-earthquake reconstruction  and construction of national priority projects could be affected if the election code is enforced in its existing form. “Several infrastructures including roads and bridges were destroyed in the flooding. So, the prime minister urged the commission to adopt flexibility in enforcing the election code and help out the government,” said Govinda Pariyar, press aide to the prime minister.

In view of the upcoming  elections in  September, the EC had barred  ministers and holders of public positions from using state-owned helicopters in government business and asked them to seek prior consent from the election body even when they  use private helicopters.

The code also barred the government from making any political appointments at government and semi-government offices and transferring and deputing officials.

Similarly, the government was  asked not to allocate budgets to irrelevant projects ahead of the elections. It, however, said the government can arrange funds for projects of national pride.

The prime minister and ministers have been accused of using Nepal Army helicopters and spending millions  hiring private helicopters during elections. This has meant huge expenditures out of state coffers. Ministers were found using state-owned helicopters, making helicopter trips sponsored by the government and commandeering government vehicles during the recent local elections.

The EC has been criticized for its failure to enforce the election code of conduct  when ministers and leaders of the ruling parties are involved.

Contrary to the previous practice of enforcing the election code immediately after the announcement of poll dates, the EC had delayed  enforcement of the code by a week ahead of the May 14 local elections.

Taking advantage of this delay, the government had made massive transfers of chief district officers and district police chiefs. These are the officials who are directly involved in election management.

Electoral alliance a must to safeguard democratic values: Minister Shrestha
53 minutes ago